This week in German 202 a major theme of discussion was the German federal state of Bavaria, or as it’s known in Germany, Bayern. Bavaria is known its modern cities like Munich and Nuremburg, stunning castles, and idyllic countryside. As a Bavarian native herself, Dr. Ane Steckenbiller, our professor, was able to provide our class with her own experiences and perspectives about life in Bavaria. Together we were able explore the traditions and history of Bavaria and were also able to unpack some of the common stereotypes that exist about Bavaria, for instance, that Bavarians are more conservative and provincial than other Germans.

I have been fortunate enough to travel to Bavaria on several occasions. In my time there, the thing I have always noticed most, other than the stunning beauty of the region, is the wonderful contrast and balance that exists between the modern and the traditional. I have witnessed Munich transition over a single day from a bustling, impersonal city, to a city in which nearly all the inhabitants had donned their traditional garb, and had transported themselves and their city back through time, to enjoy the celebration of “Oktoberfest.” This same contrast can be seen as you leave the cities and make your way into the countryside. Ultramodern cities and highways gradually give way to quaint towns where the highest building is still the town Church. The dozens of languages that are spoken in the large international cities are replaced by the dozens of different dialects of German that can be heard as you make your way through the countryside. It’s this balance in my opinion, that makes Bavaria a truly remarkable place. 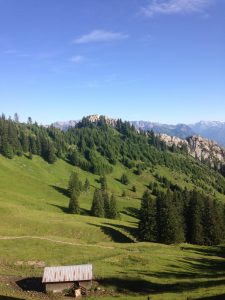 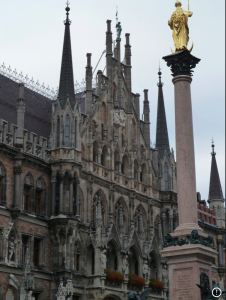 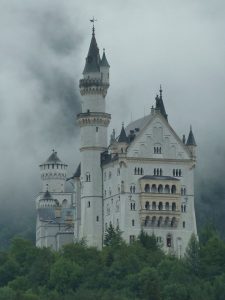