Each week in German 202 our course work is centered on a specific theme from our textbook. The vocabulary, discussions and readings that we do each week usually have some connection to these themes. Past themes in this block include traditions, regional specialties, science, and technology. This week’s main focus was on law and the environment. On Friday, in the spirit of our theme of the environment, our class took a field trip to Red Rocks Open Space. On our way to Red Rocks we stopped to buy some food from Wimberger’s, a local German bakery and deli. After fueling up with delicious German snacks we began our walk through Red Rocks. As a challenge, we tried to speak only German during our time in the park. Many amusing attempts were made using German to try to explain the various natural phenomena that we observed. After about an hour and a half of walking, we stopped by a small pond to eat our German snacks and to read and discuss a series of famous 19th century German poems. This series of works, which included poems by Goethe, Joseph von Eichendorff, Theodor Storm, and Stefan George, all had to do with nature and human interaction with and perceptions of the natural world. 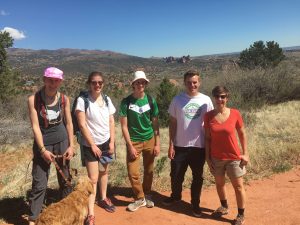 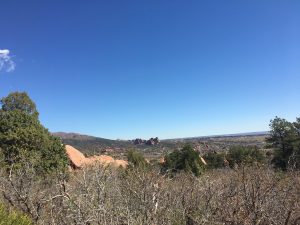 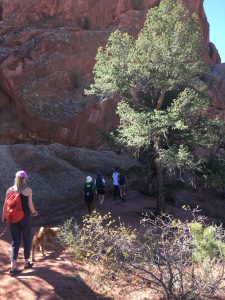