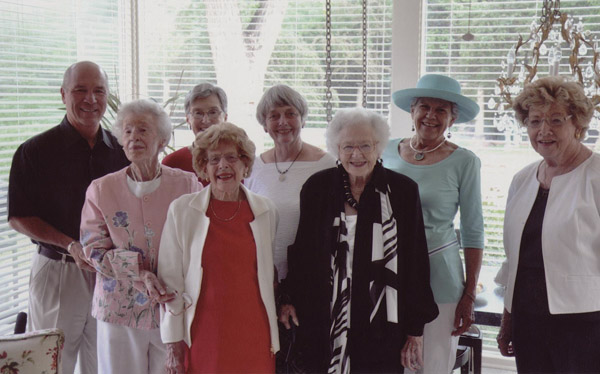 CC friends gathered for a reunion and a celebration of the 100th birthday of Eleanor Hastings Griffith ’36. Eleanor has become the first member of the Colorado College Century Club, a newly established recognition group established by the Fifty Year Club. Eleanor, who grew up on Pine Street in Colorado Springs, remembers her grandmother suggesting she go to “the college” and talk with President Mierow about the possibility of a scholarship. After two years, she transferred to University of Colorado, where she completed her degree. Among those attending the celebration, from left: Jay Engeln ’74, Lee Clarke Clement ’46, Judy Pickle, Eleanor Hastings Griffith ’36, Judy Reid Finley ’58, Jule Hutchinson Haney ’39, Diane Brown Benninghoff ’68, and Barbara Neeley Yalich ’53.

Carl Christ was presented the Heritage Award by the Alumni Association of Johns Hopkins University, where he taught economics from 1950 to 2005.

The Owls’ Nest, the Estes Park home of Dorothy Scott Gibbs, was featured on the Estes Park Museum’s Ninth Annual Historic Homes tour in June. It had been the home of Dorothy Carnine Scott ’25, and contains the studio where she worked on her lithography from 1965 until her death in 1993. The house also contains many of her oil paintings, including two of Pikes Peak and Garden of the Gods which she presented to Dr. and Mrs. Charles C. Mierow in 1939. These two works were inherited by the Mierows’ daughter Dorothy, who returned them to Dorothy Gibbs and her husband George shortly before her death in 2000. The house also contains mementos of Dorothy Scott’s father-in-law, Charles F. Scott, whose descendants include many CC grads. Several of those were able to tour the home, including Angelo Lynn and Christy Lynn ’07. The house also holds mementos of Dorothy’s friends from her CC days, including Anna Jane Hitchcock ’24. 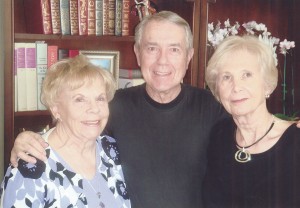 Van Skilling was honored at Homecoming 2012 at a lunch for alumni, parents, and students in the Economics and Business Department. Attendees honored Van for all that he has done for the department. In addition to teaching in the department for 20 years, Van has endowed the Van Skilling Award, which provides funds for student research projects. Past Skilling Award recipients and Van’s students wrote many heartwarming letters to thank him. You can read some of the letters by going “Web Extras.”

Janice Jilka McElroy has just completed her term as Rotary district governor for southern Vermont and New Hampshire. She raised funds for a matching grant of $412,450 from the Rotary Foundation to aid in the recovery of Vermont from the devastation caused by Tropical Storm Irene last year. 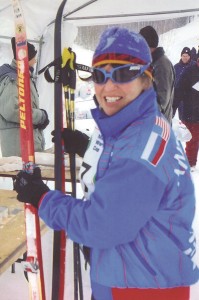 Abett Icks is retired from teaching French at the College of St. Scholastica and Central High School in Duluth, Minn., but she hasn’t slowed down. She recently completed her 20th American Birkebeiner XC ski marathon. She and her husband, Ron Capel, made a trip to Russia in April to see close friends and colleagues. She and Ron went to British Columbia in 2011 to participate in the Masters World Cup cross-country ski races, where she was the top U.S. skier in her age group events in classic and skate. In February 2012, she went to the U.S. National Masters competition and was named National Masters XC ski champion. She also serves on the Comprehensive Planning Commission for her township in northern Wisconsin.

Ruth Richardson Richards accepted the Saidie Lifetime Achievement Award from the Association of Women in Communications, Tulsa Chapter, in May. Attending the ceremony were her daughter, Robin Richards ’85 and son Tim Richards, and many friends and colleagues. The award is named after Saidie Adwon, a pioneer in the television industry and the first female general manager of an Oklahoma television station. Ruth has led communications and fund development for many Tulsa-area nonprofits over the past three decades, including the Girl Scouts, Nature Conservancy, American Lung Association, Legal Aid, and Hospice of Green County.

David Burnett was honored this fall for Achievement in Photojournalism with a Lucie Award. The award is presented by the Lucie Foundation, which spotlights outstanding photographers from around the world. David started his photography career in 1967 as an intern at Time magazine while he was a political science student at CC. He went to Vietnam as a freelance photographer in 1970. He worked for Life magazine, and over more than four decades has been awarded for work around the globe. Dave’s photo of Mary Decker’s fall was also recently selected as one of the best 100 sports photographs ever taken by Sports Illustrated.