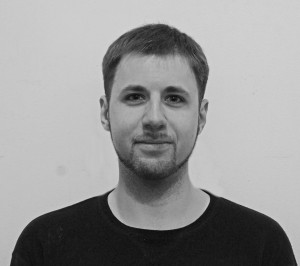 During the three years since Bernie Horowitz ’10 graduated from Colorado College, he has certainly been busy. Horowitz, alongside two esteemed co-editors, recently produced “Patriots Debate: Contemporary Issues in National Security Law,” a book of oppositional essays sponsored by the American Bar Association’s Standing Committee on Law and National Security that addresses what the editors deemed to be the top 10 most interesting and pressing national security policy topics.

Bernie and his two co-editors formed what could be described as a dream team. Bernie worked alongside Stewart Baker, the former General Counsel of the NSA and Assistant Secretary for Policy at the Department of Homeland Security, and Harvey Rishikof, the former Chief of Staff for Supreme Court Chief Justice William Rehnquist.

Bernie’s investment in issues of national security dates back to before his time at Colorado College. He grew up in Manhattan, and was 13 years old during the September 11th attacks. He reflects that “as a teenager living in New York City, national defense policy was part of one’s life whether one liked it or not.” Bernie went on to be a history and political science major, and his involvement in the “Patriots Debate” project traces a narrative directly back to his time at CC. With the encouragement of History Professor Dennis Showalter, Bernie wrote his senior thesis on the USA PATRIOT Act. “It bothered me that I knew so little about the major post-9/11 national security reform policy,” he says. “Professor Showalter liked the idea and encouraged me to pursue it. I can’t thank him enough – I never thought that my CC thesis work would have such a profound impact on the thrust of my professional life.”

At Bernie’s graduation in 2010, former CC President Dick Celeste, who had caught wind of his thesis work, offered to introduce him to James Woolsey P’97, P’98, P’00, who served as the director of the Central Intelligence Agency from 1993-1995. From there, Bernie was put in touch with his future co-editors, and it wasn’t long before Stewart Baker asked if he wanted to be a part of the project. “Uh, yes!” is how Horowitz remembers responding to the exciting offer.

Bernie, Stewart, and Harvey endeavored to select what they thought were the 10 most important national security policy topics, and structured the book to address one issue per chapter. They then recruited two authors per chapter (one right, one left) to write oppositional essays. Their contributors included the general counsel of the FBI, the former deputy head JAG of the US Air Force (a general) and many other prominent academics and officials. Bernie umpired and edited the debate essay exchanges, which at times were contentious. “If I ran into trouble,” he says, “Harvey or Stewart would step in to calm things down.”

For his final year and a half at CC, Bernie was a member of the varsity hockey team, an experience that he credits, in part, with the development of his work ethic. “Balancing hockey with school junior and senior years was seminal for me because it required a level of discipline and exertion which I hadn’t previously experienced,” he explains. “I can safely say that there have only been a couple of short periods in my life since graduation when I’ve had to work that hard every day.”

When asked about his future aspirations, Bernie says, “I think it’s fair to say I’ve picked a general trajectory.” Bernie is considering a career in national defense policy and is slated to begin law school in fall 2014.

Bernie’s investment in issues of national security dates back to before his time at Colorado College.