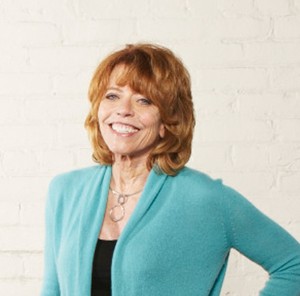 Millie Olson ’68 graduated from Colorado College with a bachelor’s degree in English and this thought: “I don’t have any marketable skills.”

It was one of the few times she’d be wrong in what would become a stellar, high-profile career.

Writing samples and tenacity helped her land a job at Seventeen magazine in New York City, where she was one of three fresh college graduates to answer letters from lovelorn teens.

Within a year, Millie decided she needed “a real job.”

After getting married and moving to Chicago, Millie found her true calling: advertising.

“It’s a rollercoaster ride. You have to be half in love with chaos to be fully in love with advertising,” she said.

Millie worked for nearly 30 years in the industry, including high-ranking positions at Ketchum Advertising and J. Walter Thompson, before launching her own company.

In 1996, Millie and a business partner, Lynda Pearson, founded Amazon Advertising in San Francisco. Unlike most agencies, which are generally built around one big account or funded by larger ones, Amazon opened with a staff of three crammed into one office and no accounts.

Instead of pursuing the local bank or brewery, Millie said her company opted for a different strategy that proved successful. Armed with experience and a commendable work portfolio, the fledgling business run by tall, brawny women landed assignments from Procter & Gamble, Canon, Wells Fargo, and Kellogg’s.

As founder and chief executive officer of Amazon, Millie credits her CC education for her business savvy.

“CC taught me that there can be fun in both critical and creative thinking,” she said, “and a key principle of our business founding was the fusion of right- and left-brain thinking. In this business, you have to operate with both lobes fully engaged, instead of dividing the strategists and the artists. It also helped to learn a broad smorgasbord of subjects in college.”

Amazon grew large enough to be selective about its clients and has evolved into representing companies “with a soul” — ones designed to improve lives. They include Kashi Foods, Nature Made vitamins, Procter & Gamble’s Naturella, Yogi Tea, and Bear Naked foods.

“They make a difference in the world with their products and services — it’s part of their DNA,” Millie said. “We wanted to put our creativity to work for a nobler purpose, and now progressive branding is our positioning. It allows potential clients to know what we’re best at. Even though it cuts off companies that sell cigarettes, it simplifies the choices and has become our essence.”

In 2002, Amazon’s founders began selling shares to Leo Burnett/The Publicis Groupe, a multinational advertising and PR company headquartered in Paris. Since then, Millie said, her agency has more than tripled its revenue and more than doubled the size of its staff
to 35.

Much of what helped Millie attain star status in the industry — a CC education — has led her company to hire other CC alumni as employees and interns who get their start under her wing.

Millie also has taught experiential classes on advertising from an agency perspective at CC and served on former CC President Dick Celeste’s Presidential Advisory Council on Marketing, which helped reposition CC as “an intellectual adventure.”

“I didn’t think I’d stay connected to CC, but I’m glad I have,” Millie said. “It’s been a great experience.”