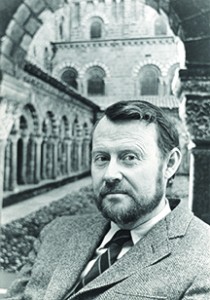 Elmer Robert “Pete” Peterson, professor emeritus of French, Nov. 13, 2014, in Colorado Springs. A Navy Air intelligence officer in the early 1950s, he became a lieutenant and spent two tours of duty in the Far East aboard aircraft carriers. He earned a bachelor’s degree from Carleton College, a master’s degree from Middlebury College, and a Ph.D. from the University of Colorado. At CC, from 1961 until his retirement in 1995, he was chair of romance languages, director of special projects, director of development, dean of summer session, and a tennis coach. A specialist in Dada/surrealism, he lectured at many colleges and universities, and also translated three plays by Claude Confortes and co-authored a novel with his friend, Charles Emery Jr. His wife, Judith Leuthold Peterson, survives, along with two children, Erik and Kristin; and three grandchildren.