Face to Face with a Veteran in Pain 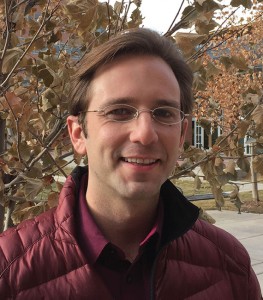 Editor’s note: This essay originally appeared in The Denver Post in October 2014.

He fell down the stairs and hit his head. The concussion cracked open the wall that, for two years, had kept in the red emotions and black memories from his deployment to Afghanistan. The young veteran’s parents and friends had no suspicion of his hidden struggles.

As a medical student, I was assisting in his care at a private hospital. The VA could not take him: no resources. For an hour, he was back in the war. The next, he knew only his name — the memory of where he was and why he was here, gone. There were verbal outbursts. There were also moments of clarity when he thanked the nurses and commended their professionalism. We knew he was a good kid, a good kid who went through hell, and then was pushed aside by those who sent him. Stories of veterans suffering intermittently float through the media. When you see it face to face, it hurts.

Every day in the United States, 22 veterans commit suicide. Colorado alone lost over 940 between 2008 and 2013. People are starting to learn about the delays — an average 285 days in Denver — for a veteran with injuries related to their service to get into the VA system; but there are several other issues.

The lack of transition/communication between the Department of Defense and the Department of Veterans Affairs causes many young vets, who had treated and stable post-traumatic stress while on active duty, to wait a couple years after their service before again receiving effective treatment. Some succumb to suicide while waiting. As a result of the VA’s lack of mental health providers, even when veterans make it in the system, the promised services often don’t exist. There are also a lot of young veterans who, due to their discharge status, don’t qualify for care at the VA.

Congressional crises, like the “sequester” of 2013, have forced the military to quickly downsize without preparation. To rapidly offload personnel, they rather questionably gave a lot of soldiers with PTSD or traumatic brain injury a category of discharge that moved them out fast but also denies them benefits.

But the government is not alone in failing our veterans. The unfounded fears of fellow citizens also keep them hiding. Young vets have told me that if anyone at work suspects they are seeking counseling related to deployments, their job is at risk. At parties, when they mention a story from overseas, the conversation ends. PTSD does not mean that a veteran is going to snap and lose control. The vast majority of cases manifest as a heightened state of awareness. PTSD has them on constant watch for danger — a constant watch to protect us, not hurt us.

Their time at war changed them, in ways that are incredibly valuable. These individuals have a depth of experience that few in our society share. They know what it is to maintain focus on a mission, in the face of steep sacrifice and externalities beyond control. They created Team Rubicon, a disaster relief nonprofit that runs toward natural disasters such as the 2010 earthquake in Haiti, or the 2013 Great Flood of Colorado. Look them up; it’s pretty awesome. Team Rubicon is just one example.

There are tangible things we can do to fix these problems. First, The Clay Hunt Suicide Prevention for American Veterans Act is designed to mitigate the systemic issues facing young vets. Ask your congressional representatives where they stand on this bill. Make them take a stance.

Each of us also needs to accept the value of young veterans’ very real service experiences. Let them know it is OK to feel what they feel. When you meet a veteran in the workplace or at a party, don’t just thank them for their service, welcome them home.

During his clear moments, the young veteran I met at the hospital would tell me of his plans to become a solid member of society. I am confident that he will. He is strong. But he didn’t have to suffer. None of them should have to suffer.

Warren Woodrich Pettine is a doctoral candidate at the University of Colorado Denver School of Medicine.