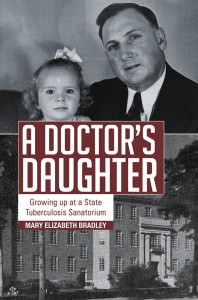 Subtitled “Growing Up at a State Tuberculosis Sanatorium,” this tells Bradley’s story of growing up at the Eastern Oklahoma State Tuberculosis Sanatorium near Talihina, Oklahoma. Starting with her family’s history, the book moves into war tales from her father, getting to know one of the founders of the Boy Scouts, Ernest Thompson Seton, the sweet simplicity of her youth, and the unfolding of Bradley’s life after the sanatorium. Published 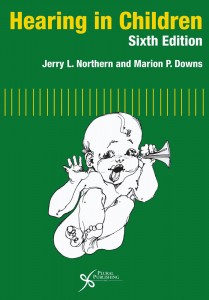 This updated textbook presents the current knowledge regarding hearing and hearing disorders in infants, toddlers, and young children. It provides a broad perspective on the identification, diagnosis, and management of children with hearing loss. Topics include early identification of hearing loss, early intervention, and habilitation with hearing aids and cochlear implants. Northern is professor emeritus at the University of Colorado School of Medicine. Published by Plural Publishing, Inc., 2014. 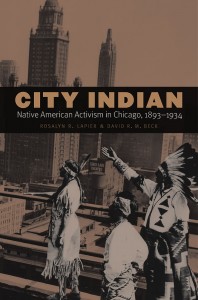 Why You Can’t Teach American History Without American Indians

The book makes a substantial contribution to emerging scholarship on Native Americans and cities as it examines the story of American Indian women and men who migrated to Chicago. From the 1893 World’s Columbian Exposition to the 1934 Century of Progress Fair, American Indians in Chicago voiced their opinions about political, social, educational, and racial issues. Published by University of Nebraska Press, 2015. 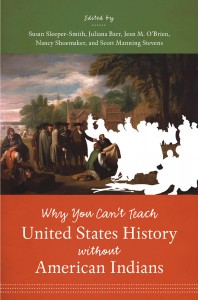 LaPier, assistant professor in the Environmental Studies Program at the University of Montana, also has one of the 19 essays in “Why You Can’t Teach American History Without American Indians,” which illuminates the unmistakable centrality of American Indian history to the full sweep of American history. The essays reflect the newest directions of the field and are organized to follow the chronological arc of the standard American history survey. Published by University of North Carolina Press, 2015. 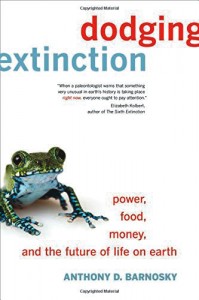 Dodging Extinction: Power, Food, Money, and the Future of Life on Earth

Paleobiologist Barnosky weaves together past and present evidence that points to the looming sixth mass extinction, and then offers a practical, hopeful plan for avoiding it. Writing from the front lines of extinction research, Barnosky tells the overarching story of geologic and evolutionary history and how it informs the way humans inhabit, exploit, and impact Earth today. The book was named one of the best science books on NPR’s “Science Friday.” Published by University of California Press, 2014. 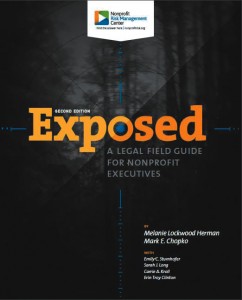 Subtitled “A Legal Field Guide for Nonprofit Executives,” the book, custom-fit for nonprofit leaders, offers a tour of the maze-like world of legal liability. Written specifically for non-lawyer nonprofit executives, managers, and board members, “Exposed” walks the reader through important legal terms and concepts, and offers practical strategies for managing risk in the increasingly complex world of nonprofit governance and service delivery. Published by the Nonprofit Risk Management Center, 2014. 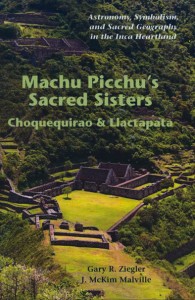 Focusing on Machu Picchu’s sister sites, Choquequirao and Llactapata, Ziegler shows how Inca monumental sites were planned and designed in accordance with astronomical alignments, and were precisely placed in relationship to sacred rivers, mountains, and celestial phenomena. The book includes trekking routes, field notes, and a guide to Choquequirao. Ziegler is a Fellow of the Royal Geographical Society and the Explorers Club, and has been featured in documentaries for the BBC, Discovery Channel, and Science and History Channels. Published by Johnson Books, 2013. 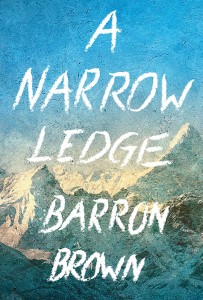 Brown’s long-form essay was selected by and released on Amazon as a Kindle Single. In it, Brown, a writer, doctor, climber, and former endurance athlete, writes about a climb on Mount Rainier in May 2014, seven years after a brush with death on the same mountain. He explores his attraction to danger, fear of dying, and efforts to travel the narrow ledge between an avoidable death and a dull life of complacency as he integrates adventure and love. Published by Amazon Digital Services, Inc., 2014. 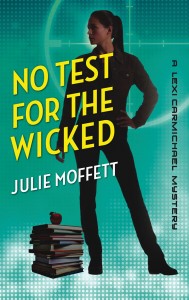 No Test for the Wicked

Geeky, humorous Lexi Carmichael is back in Moffett’s award-winning mystery series, which features a quirky 25-year-old computer whiz. In this latest adventure, Lexi is sent to a Washington, D.C., high school as an undercover agent to track down genius students who are hacking into the school’s system and causing havoc. What she discovers is much more dangerous than out-of-control students. Moffett is the winner of the EPIC Award, HOLT Medallion, PRISM Award, Merit Award for Best Book by a Virginia Author, and was finalist for the 2014 Chanticleer Mystery and Mayhem Award. Published by Carina Press, 2014. 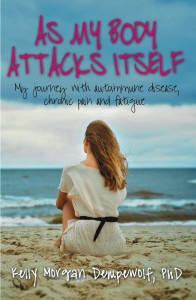 As My Body Attacks Itself

The subtitle, “My Journey with Autoimmune Disease, Chronic Pain, and Fatigue,” is an accurate summation of Dempewolf’s book. More than 50 million people have been diagnosed with autoimmune disease and many of their stories have a common theme: Not only does the diagnosis take a physical toll on patients but it also affects them emotionally, psychologically, and financially. Another common theme is the amount of time it takes to receive an accurate diagnosis. Published by K2CS Books, 2014.

Paradox and Imperatives in Health Care 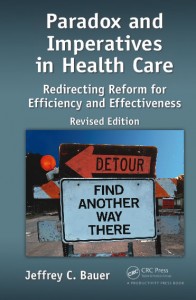 The paradox is that Americans are not as healthy as people in dozens of comparable countries that spend 30 percent less on health care, yet the world’s best individual health systems are located in the U.S. The imperative is that to stay in business and improve population health, providers and their business partners must eliminate the waste generated by inefficient production processes. Bauer’s book presents a roadmap for creating the best health-care system that 17 percent of GDP can buy. 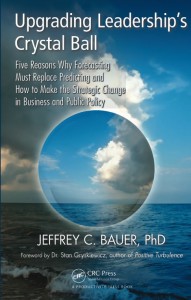 Few are as well qualified as Bauer to write “Upgrading Leadership’s Crystal Ball,” which discusses the difference between predicting (extrapolating historical trends) and forecasting (estimating the probabilities of possibilities). Following a description of predictive modeling and a discussion of why it often fails in current applications, Bauer explains the superiority of forecasting and how to do it. Bauer, an internationally recognized health futurist and medical economist, received CC’s Benezet Award 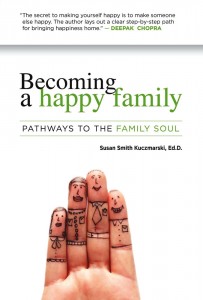 Kuczmarski has developed a series of exercises and tools to strengthen and nourish what she calls “the family soul,” or memories and traits that make a family unique, including its rituals, stories, experiences, conflicts, and love. From her six soul-fortifying vitamins (humor, emotion, acceptance, renewal, togetherness, and struggle, or H.E.A.R.T.S.) to ways to identify and applaud the “caretaker,” the book, which won two awards — an IPPY gold medal in Best Adult Non-Fiction Informational E-Book category and an Eric Hoffer Book Award in E-book non-fiction — helps strengthen families. Published by Book Ends, 2015. 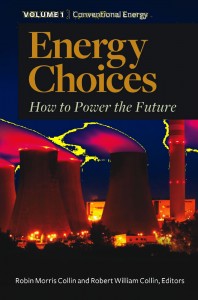 Energy Choices: How to Power the Future

This two-volume resource clarifies everything from the basic structure of the energy industry to the potential — and risks — of new technologies. Energy is a critical public concern in the 21st century, spurring demand for reliable, easy-to-understand information on subjects as varied as the drivers of prices, the potential for new technologies, the implications of a more diverse energy-supply portfolio, and the way government policies affect the energy marketplace. Published by ABC-Clio, 2014. 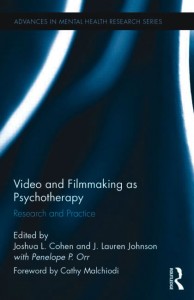 Video and Filmmaking as Psychotherapy

While film and video have long been used within psychological practice, researchers and practitioners have only just begun to explore the benefits of film and video production as therapy. This volume describes a burgeoning area of psychotherapy that employs the art of filmmaking and digital storytelling as a means of healing victims of trauma and abuse. Cohen also created a video and accompanying website to foster collaboration between filmmakers, psychologists, anthropologists, psychiatrists, and art therapists to stimulate discussion about the use of film- and video-based therapy. Published by Routledge, 2015. 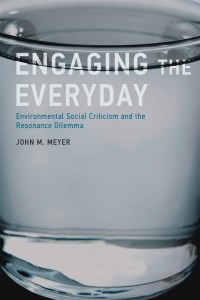 Far-reaching efforts to address environmental issues rarely seem to resonate with U.S. citizens or those of other wealthy post-industrial societies. Meyer discusses this impediment — which he terms “the resonance dilemma” — and argues that an environmental agenda that emerges from everyday concerns would resonate more deeply with citizens. He explores this alternative, looking at both obstacles and opportunities, and then considers it in terms of three areas of everyday practice: land use, transportation, and housing. Published by MIT Press, 2015.