FELLOW FACULTY: Checking in With a Few CC Alumni Who Have Ascended in Academia

If you gathered together all the Colorado College alumni who currently work as higher-education faculty, or did at one time, you could fill Rastall Dining Hall and still have enough people left over to clog up Benji’s.

The Office of Alumni Relations counts 796 living CC graduates who have gone on to be professors, including 595 who are still at it today. As you might imagine, they are scattered all over the map, both literally and in terms of their areas of expertise.

The Bulletin recently caught up with a half-dozen such folks (though we didn’t get to dine with any of them). Here’s a look at what they are doing, and how their CC education has helped them do it. 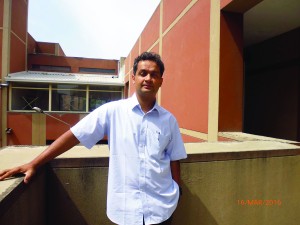 By most measures, 2015 was a very good year for the Indian economy. It may have been an even better year for 44-year-old Chetan Ghate.

In November, the Indian Econometric Society awarded Ghate the Mahalanobis Memorial Medal, given every two years to the best research economist in India under age 45. Around the same time, he was made full professor at New Delhi’s Indian Statistical Institute.

“CC’s professors were excellent mentors and scholars,” Ghate explains in an email interview. “They have a passion for teaching. They didn’t mollycoddle students. At first, it took some getting used to. But in the end you begin to understand that they are trying to treat you as an adult, and so you have to buckle down and work and figure things out.”

“The strength of a Colorado College education, he continues, “is the constant grinding in of the fact that the outer world matters. After my degree, I felt empowered to go and change things.”

Having earned graduate degrees from the Delhi School of Economics and Claremont Graduate University — and having taught at CC between 1999 and 2003 — Ghate is certainly in that position now. In addition to leading the Economics Department at ISI, he’s also a member of the Monetary Policy Committee (also called the Technical Advisory Committee for Monetary Policy) at the Reserve Bank of India.

“I see academic work plus having such an advisory role as a ‘beautiful blend,’” he says. “It is very exciting because this is a country with a billion-plus people, and one wants to get macroeconomic policy right!”

Professor of visual culture and director of the Curatorial Design Research Lab, Parsons School of Design at The New School, New York City 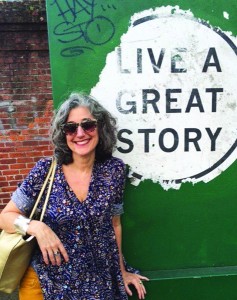 Immersion is a way of life for Lydia Matthews.

In 17 years at California College of the Arts, Matthews not only taught visual studies, but also co-founded and chaired the Visual Critical Studies Program and co-directed the MFA Fine Arts program. After leaving in 2006, she served for five years as Dean of Academic Programs for Parsons School of Design at The New School, where she collaborated with faculty to restructure Parsons and redesign its undergraduate curriculum. She currently teaches in the Fine Arts program and has launched Parsons’ Curatorial Design Research Lab, an amalgamation of exhibition spaces, public programs, archives, collections, and collaborators across the university.

Outside the classroom, she regularly spearheads complex socially engaged art initiatives that take her deep into city or village life in the southern Mediterranean and the Post-Soviet world. Projects like Discover Eliava, shining light on the various tendrils of an open-air bazaar in Tbilisi, explore “the intersection of contemporary art/craft/design practices, diverse local cultures, and global economies.”

So it’s no surprise that when she recalls her time at CC, the 57-year-old recognizes a mash-up of influences that helped push her through grad school at both the Courtauld Institute in London and the University of California, Berkeley, and into a dynamic career as a teacher, curator, and scholar.

There was the encouragement of Ruth Kolarik, the art history professor who helped her write her own major merging philosophy, classics, and studio arts; bold intellectual challenges from Philosophy Professor Judith Genova; a study-abroad year in Greece; and time interning, working, and teaching under Joyce Robinson at the Colorado Springs Fine Arts Center’s Bemis Art School. Matthews even talks about her CC roommates — who still meet up at least annually — as making up an influential “interdisciplinary” household.

And of course, there was the Block Plan.

“It’s the ability to really focus, get organized, and understand how much you can get done in a short amount of time,” Matthews says. “I think that training is ideal for people who are in the creative fields, because usually project life is like that.”

Professor of English and Hamilton Holmes professor, University of Georgia 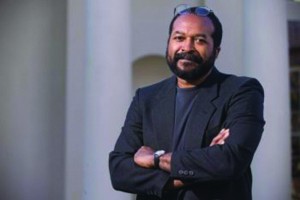 Reginald McKnight says he’s always been something of an outlier in academia. In one of his earliest CC days, he addressed James Yaffe, professor of English (now emeritus), as “sir.”

“He paused and looked at me very quizzically, and said, ‘Are you mocking me?’”

McKnight had already served in the Marines by the time he enrolled in college — first at Pikes Peak Community College and then, with PPCC professors’ encouragement, at CC. His creative writing class with Yaffe (whom he calls “probably the greatest writing teacher I’ve ever met”) was a bracing two-block course that demanded two stories each week.

“He got us accustomed very, very quickly to thinking and writing like a professional writer,” McKnight says.

McKnight didn’t major in English; he created his own major in African studies, loving the school’s small classes and the chance to pursue vast interests in “a two-fisted sort of way.” But almost daily at CC, and then through grad school at the University of Denver, he wrote. In fact, by the time he took any real break, it was the mid-’90s, he was teaching at the University of Pittsburgh, and had already brought a couple of books and the first of five children into the world.

Today, at 60, McKnight writes regularly but also teaches a slew of creative writing and literature courses at the University of Georgia, where he holds the prestigious Hamilton Holmes professorship. In a sea of 35,000 undergrads, he aims to treat students the way he was treated at CC — one place where he may have lost outlier status forever, considering the honorary doctorate he received a few years back.

McKnight explains, “Everything that I do in the classroom — I’m hopeful anyway — is an outgrowth of what I learned at Colorado College.” 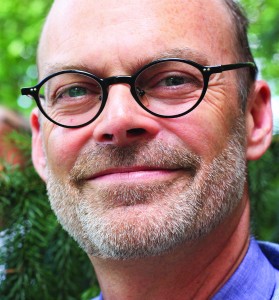 “What I find incredibly fascinating and challenging is to try to understand, just to get my brain around, this immensely complex global system that we live in, to understand its overall, general dynamic. Where is the world headed?” asks Nick Nesbitt.

His thought process doesn’t just come from living in Prague, where he’s finishing up writing a book on French philosopher Louis Althusser, among other projects, during a sabbatical. Having beaten lymphoma twice, too, is only part of the equation. (Nesbitt, 51, is healthy today.) It also links back to his CC education, where he absorbed the idea of “learning as a life experience that we undertake together.”

“It’s the old idea of Plato and Socrates,” he says, “of curiosity, of knowing that you don’t know, and yet you want to know. And so, simply, trying to understand as best you can.”

Nesbitt’s curiosity — which he’s followed “step by step” from his French major at CC, through a Harvard Ph.D., and into three professorships — has led him deeply into studies of the French colonial world of Africa and the Caribbean.

He lists political philosophy and the labor theory of value among his academic interests.

But he’s not consumed completely by such heady matters. A jazz enthusiast, he laughs about his band playing house shows at CC — “I think our name was Free Beer” — and rhapsodizes on the timeless- ness of Poor Richard’s Turkey & Jack sandwich. He also mentions a KRCC deejay named Bob Blaze among influences that otherwise include academic luminaries such as French Professor Marcelle Rabin and History Professor Susan Ashley.

Because in the end, all of it informs the answer to another big question.

“How do you lead a good life?’” Nesbitt asks. “That’s the question I take away from my experience at CC.” 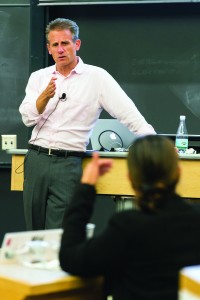 When Nelson Repenning graduated high school, he had a plan — and it wasn’t to earn a spot on MIT’s faculty by age 27.

“I was going to make my way in the world as a pro bike racer,” says Repenning, now 47. “And Colorado Springs at that point was the place to be for bike racing.”

As he tells it, Colorado College — the only college to which he applied — basically represented a staging area, one chosen to mollify his parents.

Alas, something got in the way en route to the podium. And as with so many aspiring racers, it was a two-block course in the history of economic thought.

“I loved it,” Repenning remembers. “It was more fun than I had ever had in a single day of high school, really digging into the original sources.”

Chris Griffiths’ course would be followed by influential experiences with fellow Economics professors Esther Redmount and Walt Hecox ’64, and an economics degree. Still, Repenning says that when he graduated, he had no idea what he wanted to do. So he took a job as a paraprofessional in the Economics Department.

“I got to know the faculty, I helped teach classes, I ran the computer lab and stuff like that,” he says. “It was … that paraprofessional experience that really sealed the deal for me.”

He spent two years working in the department before going to MIT, and actually was determined to return to CC once he got his degree. That was before the “sirens of the big university” whispered in his ear — and to great effect.

Repenning, whose doctorate is in operations management and system dynamics, now teaches, chairs his department, leads the business school’s only non-residential program, and conducts fascinating studies, such as one that’s improved the efficiency of genomic research work.

Professor of fish and wildlife sciences, University of Idaho 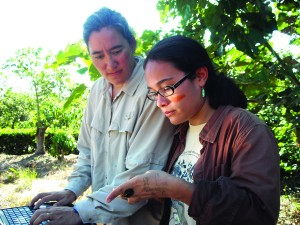 KERRI VIERLING ’90 works with her student Alejandra Martinez in examining how different land uses (coffee field, sugar cane, pasture, and forest) in Costa Rica are affecting bird communities and the ecosystem services that they provide, like insect pest removal.

Given that Kerri Tashiro Vierling holds both a Ph.D. in environmental biology and a spot in CC’s Athletics Hall of Fame, you could call her college career a case study in how to balance high-level academics with athletics.

But Vierling’s career path was actually impacted by a clash between the two, back when she was a sophomore chemistry major.

“There were two chem classes that I wouldn’t be able to take because they happened during soccer season,” Vierling says. “So at that point I sat down with my adviser, who asked, ‘Well, what else do you like?’ And I said, ‘Well, I think I like biology.’”

She was right, confirmed during a field ecology class that had her conducting fieldwork at the Baca Campus. Vierling earned her biology degree, then spent two summers helping Adjunct Professor of Biology Barbara Winternitz track the nesting habits of scrub jays in Garden of the Gods. As she points out, that kind of work is “more or less some of the research I do now.”

Indeed, a recent Vierling publication addresses “the role of wood hardness in limiting nest site selection in North American woodpeckers.” But at the University of Idaho, she actually spends more of her time teaching. In fact, the 47-year-old full professor has already been recognized as the university’s Outstanding Teacher of the Year.

Her husband, Lee Vierling ’92, also teaches in the College of Natural Resources, meaning there’s a really good thing going at UI. But the Vierlings still enjoy visiting CC. Kerri remembers an emphasis on balance. In fact, toward the end of our interview, she mentions her soccer coaches again and assures me, “A lot of the travel that they scheduled for us was during block breaks.”