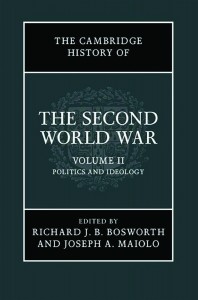 The Cambridge History of the Second World War

Showalter’s contribution, “Armies, Navies, Air Forces: The Instruments of War,” appears in the first volume of this 2,025-page, three-volume set and provides an operational perspective on the course of the war, examining strategies, military cultures and organization, and the key campaigns. In this comprehensive and authoritative series, a team of foremost historians present a transnational approach, offering a comprehensive, global analysis of the military, political, sociological, economic, and cultural aspects of the war. Of the 25 leading historians asked to contribute to the volume, Showalter is the only author from a four-year liberal arts college. Published by Cambridge University Press, 2015. 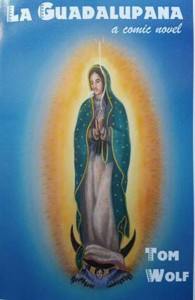 “La Guadalupana” imagines what might have happened if Our Lady of Guadalupe had brought her sense of humor to bear on Pope John Paul II. Set in the tiny Catholic village of Guadalupe, Colorado, between 1960 and 2000, the book follows two young Hispanics who eventually become the first women to be ordained priests in the Roman Catholic Church. “La Guadalupana” also tells the story of the Catholic Church’s priest abuse scandal in the context of an obvious solution to the problem: the ordaining of women and openly gay men. Wolf is a member of St. Margaret Mary Roman Catholic Parish in Cortez, Colorado. Published by Thomas J. Wolf, 2015. 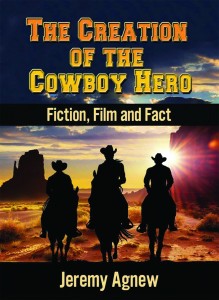 The Creation of the Cowboy Hero

As business interests have commercialized the American West and publishers and studios have created compelling imagery, expectations of readers and moviegoers have influenced perceptions of the cowboy as a hero. The evolution of the cowboy hero as a mythic persona has been created by dime novels, television, and Hollywood, with the book’s main focus being the cowboy’s changing image in cinema. Subtitled “Fiction, Film, and Fact,” the book traces the development of the hero image and the fictional West from early novels and films to the present, along with shifting audience expectations and economic pressures. Published by McFarland, 2014. 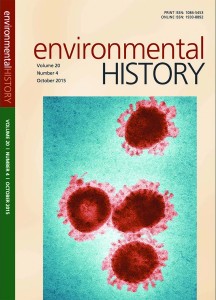 In his essay, “The Plagues of Affluence: Human Ecology and the Case of the SARS Epidemic,” Price-Smith argues that infectious disease is not simply a product of conditions of poverty because the mutability of pathogens allows them to thrive in multiple niches throughout human ecology. He warns that these so-called “plagues of affluence” represent a challenge to global health that is largely unaddressed. Besides SARS, there are many diseases that are now thriving in the “sanitized ecologies” of the wealthy nations, ranging from MRSA (Methicillin-resistant Staphylococcus aureus) and VRE (Vancomycin resistant enterococcus) to entirely novel classes of microbes that are now emerging. Journal published by Oxford University Press. 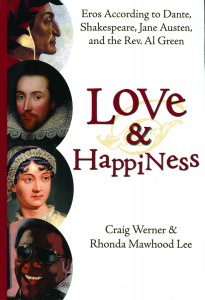 Using the seemingly incongruous figures of Dante, Shakespeare, Jane Austen, and the Rev. Al Green, this is a profound meditation on the meaning of eros, the creative and disturbing power usually thought of as romantic love. These four artists of the Western world lead a pilgrimage through the erotic cosmos, exploring real-world dilemmas that they knew well and that still bedevil us. Readers follow in Dante’s footsteps from inferno to paradise, then Shakespeare serves as a guide to hell, Jane Austen to purgatory, and the Rev. Al Green to paradise. Werner teaches literature, music, and cultural history at the University of Wisconsin and is a member of the Nominating Committee of the Rock and Roll Hall of Fame. Published by White Cloud Press, 2015. 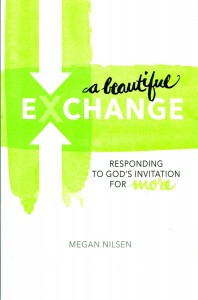 Nilsen tells the story – honestly and poignantly – of her and her husband’s decision to respond to God’s call and adopt two Ethiopian children. Their subsequent journey (16 months alone for the adoption process) takes them out of their comfort zone and into a dependence on God, thus realizing what Nilsen calls “a beautiful exchange.” She writes honestly of the more difficult elements of that exchange – the language barrier, going from being a mother of two to a mother of four, helping scared and confused children adjust to a new family and a new country, balancing commitments, and listening for God’s voice through it all. Published by Xulon Press, 2015. 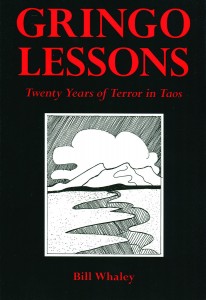 The subtitle, “Twenty Years of Terror in Taos,” is an apt summation of the book. Whaley’s is a tale of modern adventure about a young man who left college and experienced the Taos, New Mexico, culture from 1966 to 1987. There he met the community —  skiers, La Gente, los vato locos, Chicano activists and their Spanish contemporaries, artists, drug dealers, fellow soldiers, tempting sirens, the occasional movie star, and a host of con artists. Finally he abandoned Taos and returned to university, only to return to Taos and publish Horse Fly, a monthly journal about politics and art for another decade. Whaley promises to chronicle those years in a sequel, “Taos Redux: The Horse Fly Years.” Published by Nighthawk Press, 2014. 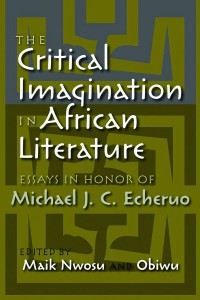 essay by Rashna B. Singh, visiting professor of English and Race, Ethnicity, and Migration Studies

Singh’s essay, “In the Vortex of the Expulsion:  The Search for an Asian African Imaginary,” one of 11 in this book, examines the literature that resulted from Gen. Idi Amin’s 1972 expulsion of all people of Asian descent in Uganda who did not hold Ugandan citizenship. This ultimately became all Asians, as many, with very few exceptions, found their citizenship revoked. The essay considers the expulsion as a historical moment that precipitated a search for an Asian African identity and an Asian African imaginary. Published by Syracuse University Press, 2015. 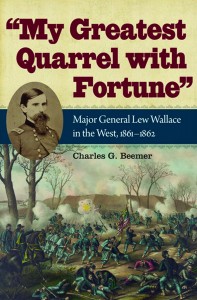 My Greatest Quarrel With Fortune

This biography examines an essential question surrounding Civil War Maj. Gen. Lew Wallace: Who was his true foe — the Confederacy, Maj. Gen. Henry Halleck, Gen. Ulysses S. Grant, or Wallace himself? Beemer’s extensive investigation of primary sources reveals that a number of interpretations concerning Wallace, Grant, Halleck, Grant’s aide John A. Rawlins, and the Union war effort in the West need to be updated or discarded. Beemer also demonstrates that Gen. Wallace deserves far more praise for his military endeavors than he gets in typical Civil War histories. The book, part of Kent State University Press’s Civil War Soldiers and Strategies series, is a 2016 nominee for the Jon Gjerde Prize awarded by the Midwestern History Association. Published by Kent State University Press, 2015. 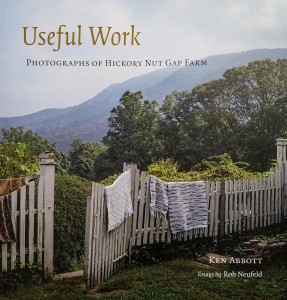 Abbott studied photography at CC and served as chief photographer for University of Colorado—Boulder before moving to Ashville, North Carolina. There he spent several years photographing the historic Hickory Nut Gap Farm in the Blue Ridge Mountains, documenting  the “Big House,” farm buildings, and local community. The book, containing more than 80 photos, features a Colorado Springs connection. Union soldiers were in the Ashville area at the end of the Civil War to quell marauding bands of former soldiers. They were led by then-Col. William J. Palmer, who made Sherrill’s Inn his headquarters while in the area. The event is recorded in the “Big House’s” mural room. Published by Goosepen Studio and Press, 2015. 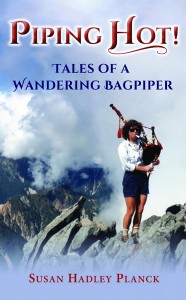 Planck, a member of the award-winning City of Denver Pipe Band for more than 15 years, weaves together her sense of adventure with her love of bag piping. She relates stories of travel and piping from the top of Mt. Fuji in Japan to the Great Wall of China, at the base of Mt.  Fitzroy in South America and even marching with 10,000 pipers through the streets of Edinburgh in the 2000 Millennium parade. She shares insights into the antics of bagpipe bands, competitions, piper personalities, and gigs ranging from the matchless “Memphis in May” celebration to Stirling Castle in Scotland. Published by MoonScape Publishing, 2016. 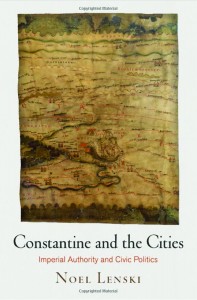 Constantine and the Cities: Imperial Authority and Civic Politics

Constantine was the first Roman emperor to convert to Christianity, and this conversion proved to be an epochal event in world history. By endowing this minority movement with imperial support, he ensured that Christianity would overtake traditional pagan religions as the dominant belief system of the empire and, eventually, the Western world. Focusing on cities and the texts and images produced by their citizens, the book uncovers the interplay of signals between ruler and subject, mapping out the terrain within which Constantine nudged his subjects in the direction of conversion. Lenski is professor of classics and history at Yale University and managing editor of the Journal of Late Antiquity. Book published by University of Pennsylvania Press, 2016. 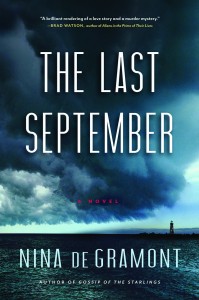 “The Last September” portrays a world of secrets, trauma, and conflicting loyalties. Brett and Charlie, locked in a tenuous marriage, live with their daughter on Cape Cod. When Charlie’s unstable brother plans to move in with them, the tension simmering in their marriage boils over. Spanning mental illness, the meaning of family, infidelity, love, and murder, the book is a depiction of human nature in dire distress and a picture of a marriage struggling under the weight of expectations. Published by Algonquin Books, 2015. 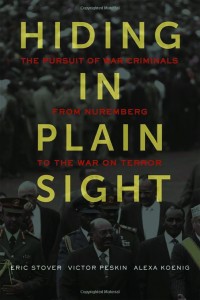 The book’s subtitle, “The Pursuit of War Criminals From Nuremberg to the War on Terror,” says it well. Beginning with the flight of Nazi war criminals and collaborators after World War II, then moving on to the question of justice following the Balkan wars and Rwandan genocide, and ending with the establishment of the International Criminal Court and America’s pursuit of suspected terrorists in the aftermath of 9/11, the book explores diplomatic and military strategies — both successful and unsuccessful — that states and international courts have adopted to pursue and capture war crimes suspects. Stover, faculty director of the Human Rights Center and adjunct professor of Law and Public Health at the Berkeley School of Law, co-authored the book with two students he mentored through their PhDs. It is a companion book to a PBS documentary on the same subject, co-produced by Stover, which is scheduled to air in December. Published by University of California Press, 2016.