Election year 2016 has been full of twists and turns. It looked first as if there would be a Bush vs. Clinton family rerun — until Bernie Sanders and Donald Trump crashed “their” respective parties.

Sanders and Trump both ran against Washington, D.C. and politics as usual. Pundits dismissed them. The White House dismissed them. Pollsters were confused. But anti-elite populists in both parties rallied to them and both Trump and Sanders won nearly 45 percent of their party’s primary and caucus votes. These results, as we now know, should have revealed that 2016, like 2008, would be a “change election.”

Populism and isolationism are hardly new in American politics — they go back to some of the anti-Federalists, Andrew Jackson, the Know-Nothing Party, the Populist Party, William Jennings Bryan, William Borah, and many others.

Despite a fractious primary campaign, Republicans came home. Republicans won the White House, held on to sizable majorities in Congress, and even strengthened their party in state capitols, picking up three new governorships and adding strength in state legislatures. Democrats take note: Republicans control both chambers of the legislature in Michigan, Pennsylvania, and Wisconsin.

This has been one of our nastiest presidential campaigns. Trump mocked, defamed, and lied about his opponents both in his race for the nomination and in the general election. Truth was a casualty on both sides. Who didn’t hate the campaign ads?

But Democrats and most of the media underestimated that Trump’s message was his attitude. Yes, he was egregiously politically incorrect. But his slogans and his message resonated with and motivated many voters in rural and Rust-Belt America. Bring back manufacturing jobs. Help our veterans. Strengthen the military. Defeat ISIS — whatever it takes. Secure our borders and keep the terrorists out. Make European and Asian countries pay more for our helping to defend them. Support law enforcement officials. Protect Social Security and Medicare but fix hurtful trade pacts. His policies were vague, but he belted them out in simple and relentless maxims.

Meanwhile, Hillary Clinton had a message at least half of the country was not inspired by. She was the candidate, for better or worse, of “more of the same.”  She would be both Obama’s and her husband’s third term. She was the torch bearer for continuity in a year when about 75 percent of Americans said the nation was headed in the wrong direction.

Clinton embodied the establishment: Washington and Wall Street and several controversial foreign policies — the Iraq War, Libya, Syria, etc. Yes, she was admired for her experience, but some of her experience was turned against her by those angered with the status quo or by a party that “had had its turn.” The mysterious role of the FBI furthered her liabilities.

How much of the Trump support was anti-Obama or anti-Clinton sentiment? Probably enough to have made a difference. But that has been the case in prior elections — that helped Carter, Reagan, and Obama to be elected.  Obama’s public approval was gaining in recent months, but so were Obamacare premiums, and the perception of ISIS strength. His trade policies were hammered by Sanders, Trump, and even Clinton. Most people liked Obama as a person and family man but were mixed about his record.

Democrats have had much to learn over these past few weeks. First, reports of the demise of the Republican Party were premature. Minority lives matter, yet white voters still have considerable clout. Trump won a majority of votes from white women. He won two-thirds of non-Hispanic Catholics. He won the vast majority of veterans. He won rural America three to one. He won at least a third of union members. And he surprisingly won a greater percentage of Hispanic and African-American votes than Mitt Romney won in 2012. Evangelicals stuck with him, and conflicted Republicans mostly came home.

There has been a deepening conservatism and a deepening populism and yes, even a nativism that has grown over the past generation. Part of this is due to America’s failed military efforts abroad, and part is due to the uncertainties and job dislocations resulting from globalization and technological changes. Economic recovery has been sluggish for many Americans.

Trump’s bumper-sticker slogans and unilateralist proposals are worrying — America First!, Build the Wall! Make America Great Again!  But these hammered home his “it’s time for a change” and fear-and-loathing narrative. If 2008 was the Hope and Change campaign, this year it was the Fear and Change theme that may have made the difference — especially in the Rust Belt’s swing states.

That Trump won the White House and 47 percent of the vote does not mean his policies or attitude are right. Presidential power is hard to exercise and there will be many checks and balances. He will change his mind on a few issues. All presidents do.

His own party will fight him on certain issues.   There will be grassroot opposition and there will be the midterm elections. And Bernie Sanders isn’t going away.

Both Hillary Clinton and Barack Obama have accepted the election results (would he have ?) and have said we owe Donald Trump an open mind. But Americans of every political stripe have the right and the obligation to resist proposals that violate our civil rights, civil liberties, and constitutional practices.

The 2016 elections have given Trump and his allies control over most of our Act III institutions, (the political establishment, elected officials, etc.) but the history of America suggests that most of our enlightened, progressive achievements have percolated up through Act I (disruption and agitation) and Act II coalition and movement building processes. Giving up on politics is not an option. Susan Anthony, Martin King, the Roosevelts, Barack Obama, and Hillary Clinton didn’t give up on politics — they were fired up and committed to the long haul.

Neither party has all the answers. Trust in government is at an all-time low. Economic anxieties are high and many issues divide the nation. There is an enormous need for talking and listening to one another, for searching for the elusive common ground. The American political experiment has always been inspired by lofty ideals, yet it is taking a long time to live up to those ideals.

Trump and his supporters have reason to celebrate, but they need to understand this country has had as many failed presidencies as successful ones. Strong presidents, moreover, are undesirable unless their political objectives are fair and in service to the common good, and unless their dealings are democratic and constitutional. We want Hamiltonian energy in the White House, yet only if it is wisely used to build a more Jeffersonian and Rooseveltian America. 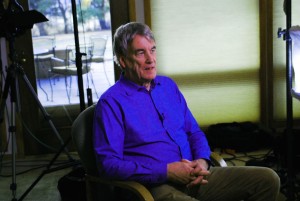 Tom Cronin is McHugh Professor of American Institutions and Leadership at Colorado College, and president emeritus of Whitman College, where he served from 1993 through 2005. He is an award-winning teacher and scholar, and author, co-author, or editor of more than a dozen books. He will retire from full-time teaching at CC in July 2017.