Beyond Start-Ups and Tech: Innovation at CC Takes a Holistic Approach

Innovation and mindfulness are two words that aren’t typically connected, primarily because these days the former is often used synonymously with entrepreneurship. However, when it comes to Colorado College’s approach to innovation, mindfulness will be playing a major role alongside design thinking and creative confidence.

“In the 17th century, the word innovation was actually synonymous with revolution, and a word that we used as a pejorative to describe social and political disruptors,” says Director of Innovation Dez Stone Menendez ’00. “I’m interested in reclaiming the word innovation and returning to its original meaning.”

Menendez makes it clear that she’s not saying that innovation isn’t a major component of entrepreneurial activities, start-ups, or, more broadly, the tech industry. She’s supportive of programming such as CC’s annual Big Idea student pitch competition, but she says allowing the concept of innovation to be co-opted in this way has made the space narrow and exclusive. She wants to broaden the scope of “innovation” at CC, to an all-encompassing umbrella of cultural innovation. Within that, start-up tech is one piece but not the whole picture.

“Marginalized people are the bedrock and foundation of innovation,” she says. “They invented it out of necessity, which is why it’s important that the language be reclaimed from being synonymous with start-up tech.”

Part of that broadened scope also is a focus on the precursor to innovation, which Menendez believes is creativity. “Innovation doesn’t happen without creativity,” she says, “and the main learning outcome is creative confidence. There are a lot of soft skills that go into ‘how do you create a culture of innovation?’ so I’m also focused heavily on what are the conditions that foster a culture of innovation and how do we instill that in our communities, our students, and our faculty and staff.”

The main condition, she says, is spaciousness, or giving up “the busy disease.” Add that to nurturing a culture that honors risk-taking and resilience, and celebrates creativity, experimentation, and failure.

“I’m emphasizing process over outputs,” says Menendez. “I think at this point we all need to be global citizens and I don’t think we’re coming up with innovative solutions by pumping out students with successful business ventures. I think we’re coming up with solutions by connecting students to their creative resources, having them reflect on their personal story in a global and historical context, and giving them the creative confidence to question the status quo and navigate ambiguity.”

One of those status quo issues facing today’s CC students is the fact that this is the first generation of students to have been connected to technology, in particular smartphones, their whole adolescence. These students, Menendez explains, are different from those attending CC 10 years ago because of the changes in technology. The data coming out about the impact of being captive to the screen all the time isn’t positive.

“How can we ask students to access their creativity or innate wisdom or intuition or whatever you want to call it,” Menendez asks, “when they have lost the cognitive ability to focus due to the constant interruption of having a smartphone in their lives?”

Menendez proposes mindfulness as one answer, though she’s careful to note that mindfulness also is a word that has been co-opted and is misunderstood. “People immediately think mindfulness means meditation,” she says. “Mindfulness just means being in the present and actively noticing new things, being aware of your environment. I think that’s part of recovering those resources, part of getting to that learning outcome of creative confidence.” 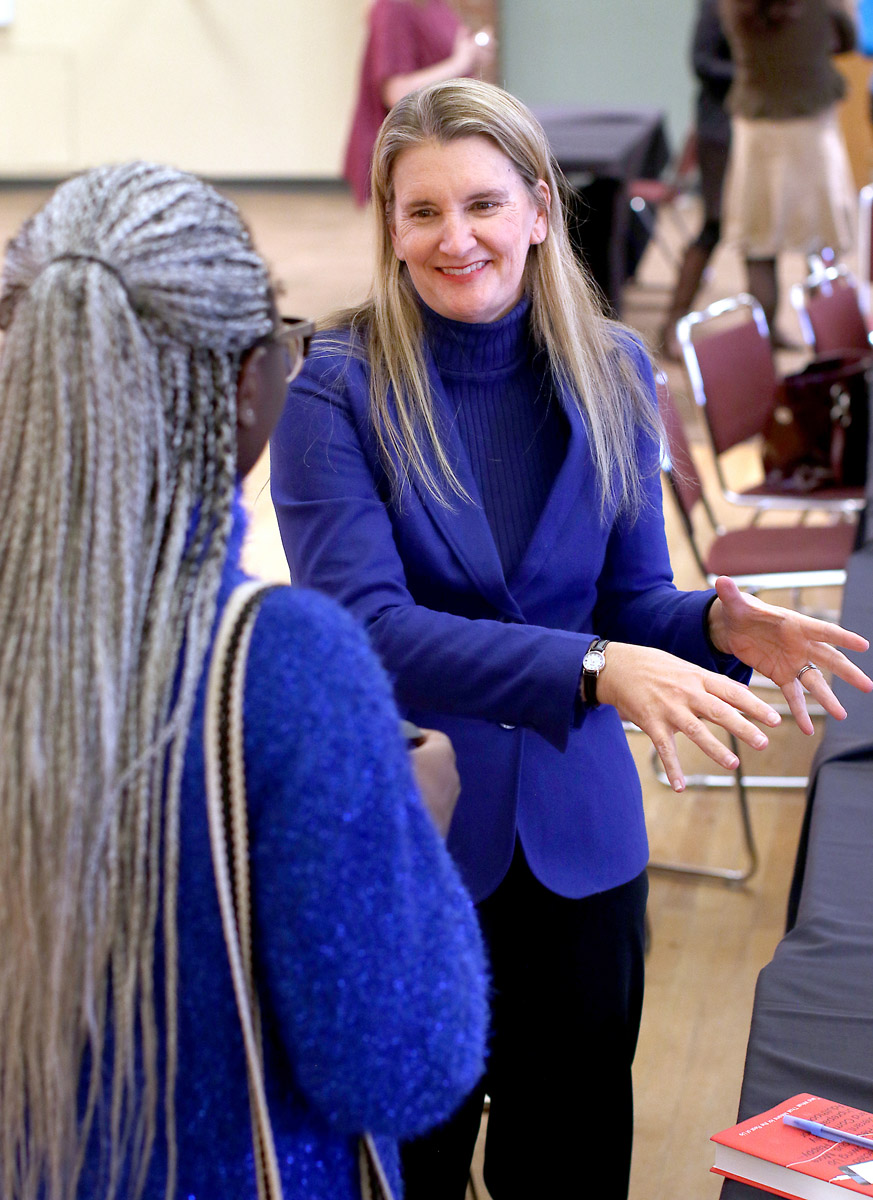 Menendez isn’t the only one asking these kinds of questions and suggesting these kinds of answers on campus. In February, Jean Twenge, professor of psychology at San Diego State University,  visited campus to meet with board, staff, and faculty members, as well as student leaders.

The author of six books and more than 130 scientific publications, Twenge has been getting a lot of attention lately for her most recent book, “iGen: Why Today’s Kids Are Growing Up Less Rebellious, More Tolerant, Less Happy — And Completely Unprepared for Adulthood.” In it, she draws on nationally representative surveys of 11 million young people, along with in-depth interviews, to look at the impact of social media and texting — and therefore less in-person time with friends —  on behavior, attitudes, and socialization.

While not all of the impacts are negative — for instance research shows that young people today are more focused on tolerance — the mental health impact is particularly concerning. College counseling centers around the country are seeing huge increases in their caseloads, says Twenge in an interview following her visit to CC. While at first some believed this was because more students are willing to seek treatment, the anonymous surveys indicate that this increase is because more students overall are depressed and anxious. “It’s also tragically evident in the increase in suicide and self-harming behaviors,” she says.

CC is only one of many colleges taking a close look at these issues. Twenge says that there’s definitely more awareness across higher education. “Administrators and faculty are considering the best steps to take. Some faculty have banned all electronics from their classrooms — no laptops, no tablets, and no phones out during class. Others give their students assignments to put their devices away for an hour and go out in nature and write about what that was like,” she says. “Students often love these experiences — being on their phones often seems mandatory, and they welcome the opportunity to take a break from it.”

Twenge adds, “It’s key to get across the message that electronic communication can’t substitute for face-to-face interaction. Fostering a sense of community among students and making sure that they have time to be with each other in person is essential.”

Intentional presence with one another, without technology, is, at its heart, a practice of mindfulness, and one component of what Menendez hopes to bring to life on campus. 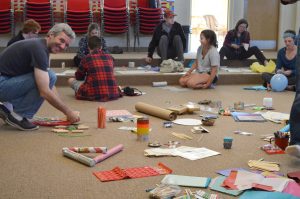 Risk Project at the Baca Campus. Photo by Suzie McMurtry ’17

One area Innovation at CC already is having an impact is through the First Year Experience program. Last fall, a group of first-year students participated in the Risk Project, a technology-free week at the Baca Campus that included five days of vulnerability and creativity exercises.

Beyond the Risk Project, Innovation at CC plans to offer weekly programming such as Meditation Mondays and Walking Wednesdays; pilot block classes in mindfulness, creativity, and self-reflection; and brainstorm ways to support mindfulness physically, perhaps in having defined tech-free spaces on campus or cell phone holding racks in each classroom. It also includes discussions and trainings with staff and faculty.

“One of the big things that I’ve been saying since I got here is that higher education as an institution doesn’t model vulnerability as a strength,” says Menendez. “We can’t have a culture of innovation without vulnerability, and vulnerability is so linked to wellness and fear, but we have to be modeling that from the top down.”