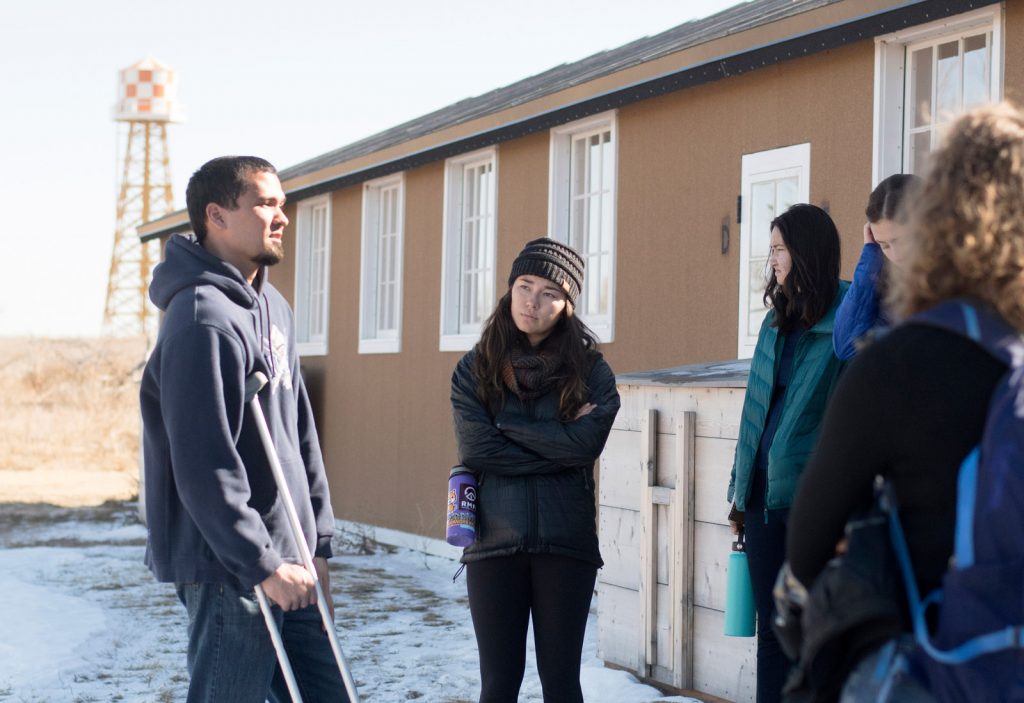 Professor Jason Weaver and students in his class, Japanese Americans during World War
II, discuss the difficult living conditions for Japanese internees after observing a replication of a barrack at Amache, the preserved internment camp site in Granada, Colorado. 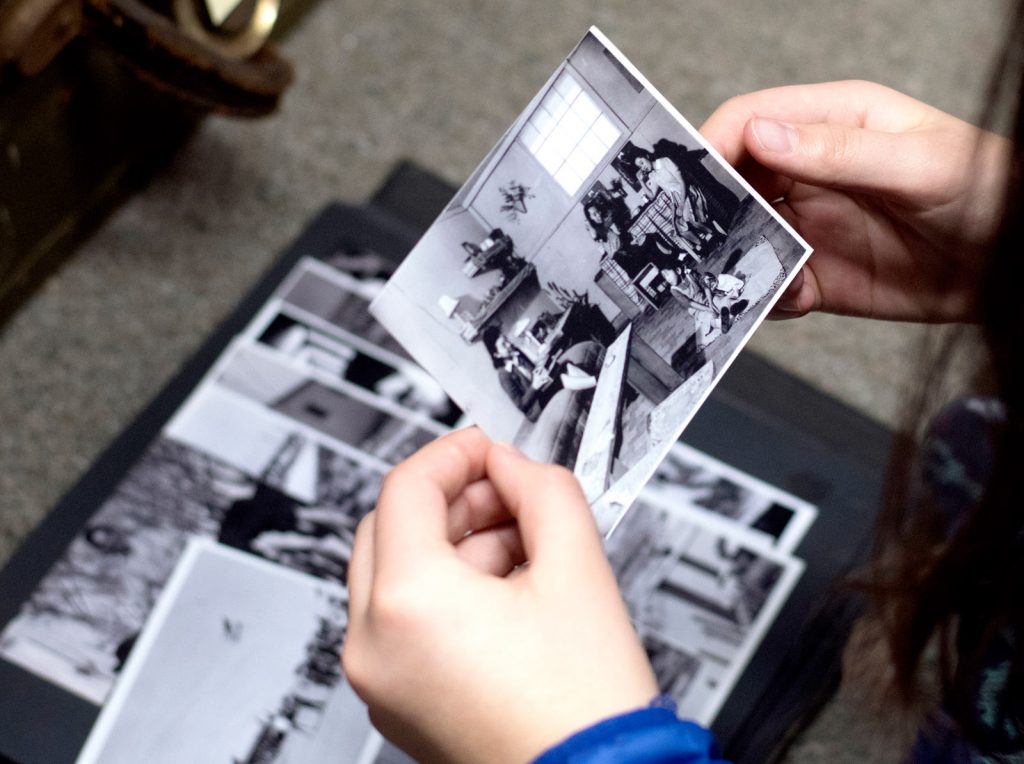 Students had the opportunity to explore the Amache Museum’s vast collection of photo albums from Japanese internees, government employees, journalists, and military police during internment. This photograph was one of many that captured the mundane, everyday lives of Japanese American families imprisoned by the U.S. government. 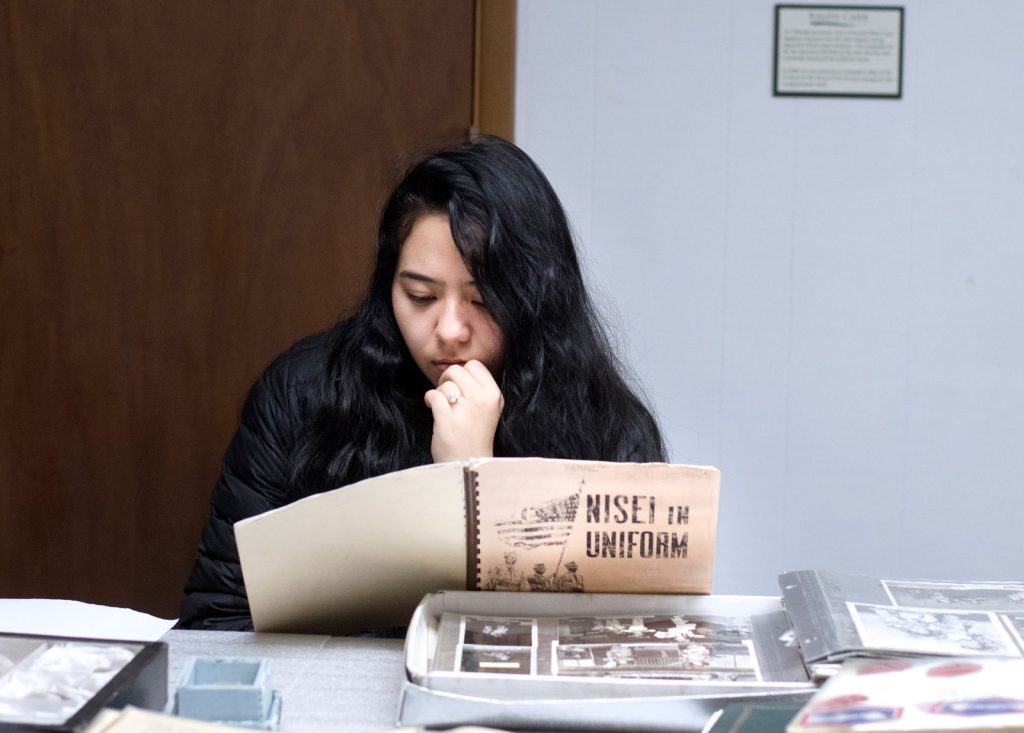 At the Amache Museum, Alexandra Appel ’19 reads “Nisei in Uniform,” a propaganda collection of news stories published by the War Relocation Authority and the War Department glorifying war stories of “Nisei.” 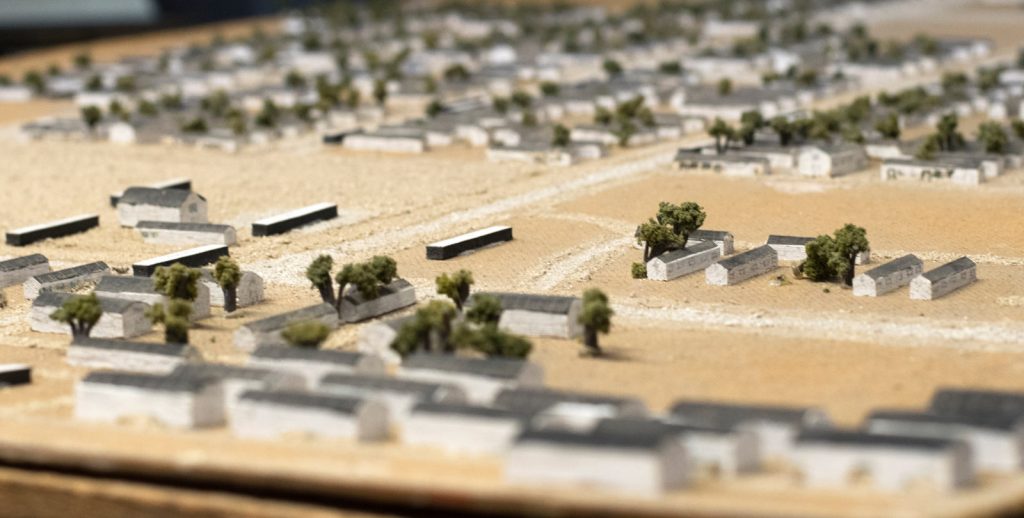 When entering the Amache Museum, the first object a visitor might notice is the intricate scale model of the Amache internment camp, named by the government at the time the “Granada War Relocation Center.”