“America, The Beautiful” An Anniversary

Born in Falmouth, Massachusetts, in 1859, Katharine Lee Bates, author of the poem that became “America the Beautiful,” cannot have known that – 159 years on – her music, her words, her message would continue to resonate. The daughter of a pastor, she grew to be a prolific scholar and a creative, studying at Wellesley College and the University of Oxford before becoming a full professor of English at Wellesley in 1893. 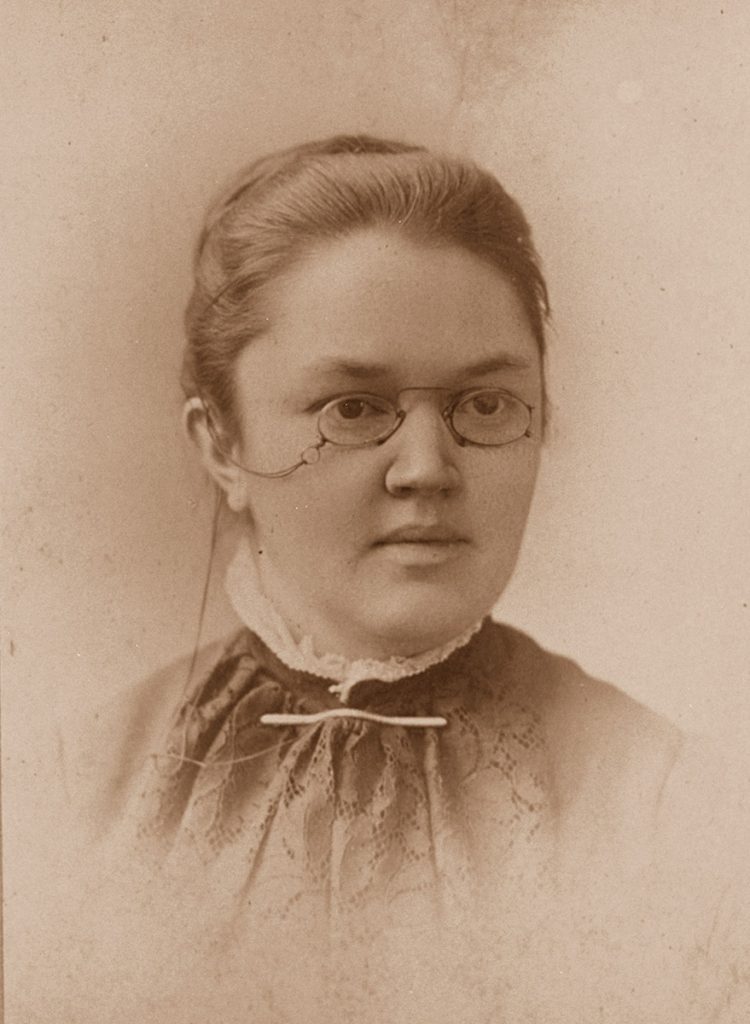 During her first year of teaching at Wellesley, Bates took a fateful summer visit to Colorado Springs to teach at the Colorado Summer School of Science, Philosophy, and Languages. The program was sponsored by a number of Colorado colleges and universities, and was hosted by Colorado College.

Her courses began around July 7, 1893, and her first course focused on the works of English poet Geoffrey Chaucer, with later topics such as The Speech, The Man, and Poems of the French Period to be covered if time allowed. All subjects were treated as 15-minute talks and were accompanied by a rapid reading, with comments, of one or more works. Students were given the option of an assigned reading, for those who wished to “acquire the pronunciation.” Her series closed as it had begun, with a focus on Chaucer’s masterwork, “The Canterbury Tales.”

Colorado in the late 1800s wasn’t an easy place to visit, as it is today. Colorado Springs’ population numbered less than 21,000, a fraction of the booming and millennial-drawing city it has become, with Colorado College a young, blossoming college set against the looming, ancient Pikes Peak.

Over that summer at CC, Bates and a group of fellow visiting faculty members boarded a prairie wagon, led by mules, and rode to the summit of Pikes Peak. The view, adored and admired by millions of visitors to this city and the Pikes Peak region, struck a chord with Bates, so much so that when she returned to her room at the historic Antlers Hotel downtown, she wrote a poem she called “Pikes Peak.” That poem would later become “America the Beautiful,” one of the most graceful, emotive expressions of patriotic writing that this country has ever produced. For two years, however, the poem remained unpublished.

In 1895, Bates submitted it to The Congregationalist, a nationally circulated magazine of the Congregational Church. National acclaim for the piece came quickly thereafter, and the poem made its way into the national consciousness — often sung to any popular air or folk tune, with “Auld Lang Syne” among the most common. Bates would go on to revise the words to the piece several times, in 1904 and then again in 1913. The version we know today is sung to the 1882 melody “Materna,” written by Samuel Augustus Ward, a New Jersey church organist and choirmaster, for the hymn “O Mother Dear, Jerusalem.”

In 1926, three years before Bates died, there was a massive wave of support across the country to adopt the song as America’s national anthem. President Herbert Hoover, however, opted for the “Star-Spangled Banner” instead. In the 1980s, Colorado Springs was designated by the City Council as “The ‘America the Beautiful’ City.” In 2016, CC named a visiting faculty house after Bates.

The poem, the song, has been — as current Chaplain of the College Alex Hernandez-Siegel said in CC’s 2018 Commencement Invocation — “a part of our musical heritage for some time, but what do we mean by heritage and by the motherland? Whom do we include in this telling of heritage and motherland?”

That’s a question that the college, indeed the country as a whole, continues to tackle to this day. Bates’ words speak to the extraordinary natural beauty and abundance of the United States, including our region, an area originally settled and called home by the band of Ute known as the Tabeguache, or the People of Sun Mountain. That which the Tabeguache called “Tava,” we, today, call Pikes Peak, “America’s Mountain.”

In an act of creative selflessness, Bates never sought any payment of royalties from the successes of her poem. She left “America the Beautiful” as a gift to the country, as a hymn for all to sing.