Chalk, an American Society of Home Inspectors-certified inspector who has performed more than 5,000 home inspections in western Washington, shows readers how to get the 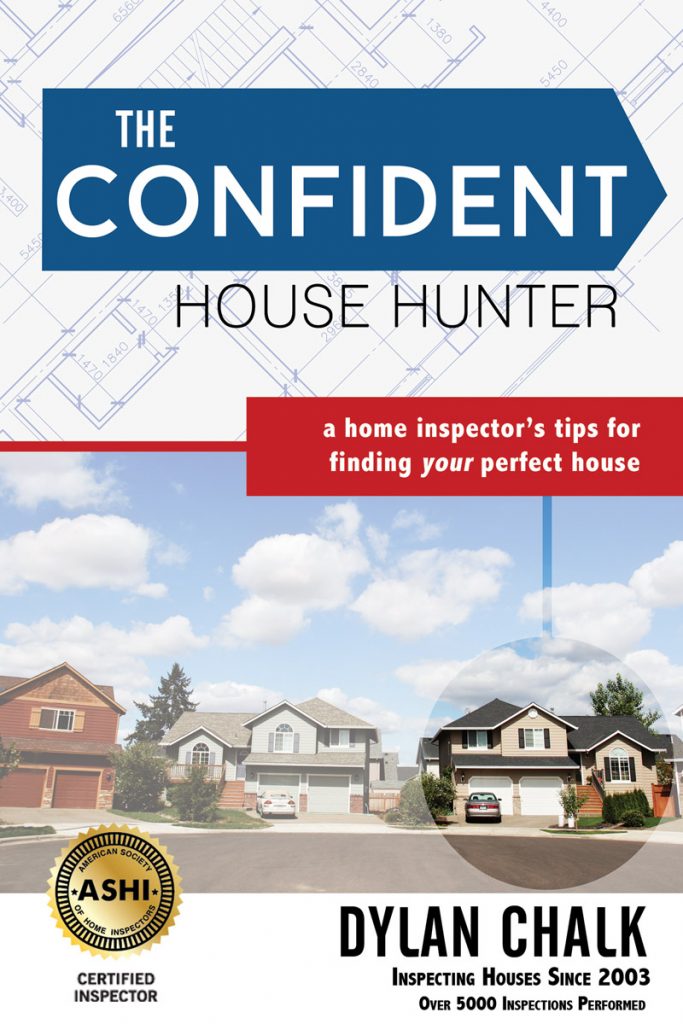 most out of inspections. Subtitled “A Home Inspector’s Tips for Finding Your Perfect Home,” the book is packed with advice for spotting problems before signing on the dotted line. In the book, Chalk includes his guiding principles for making informed real estate decisions and shares strategies for sorting homes by age, ownership history, type, and architectural style. He includes personal stories from the field throughout the book, which includes a handy cheat sheet with his top 20 nuggets of wisdom. The book recently won the Silver Book Award fromthe National Association of Real Estate Editors. Published by Cedar Fort, 2016.

Imagining a Great Republic: Political Novels and the Idea of America 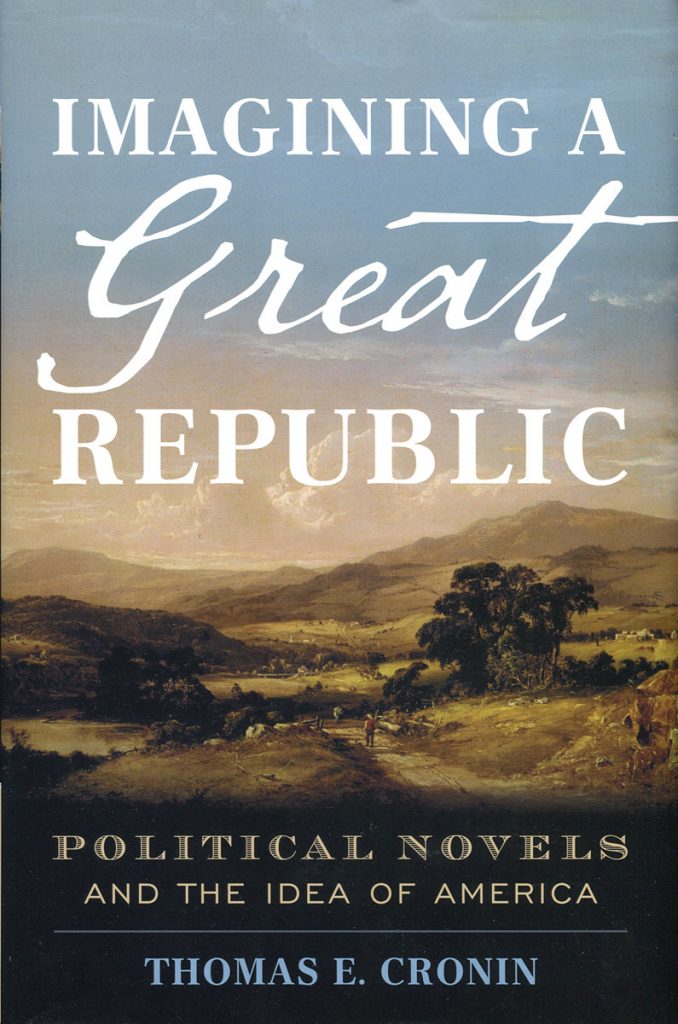 This book tells the story of the American political experiment through the eyes of 40 major novelists, from Harriet Beecher Stowe to Hunter S. Thompson. They have been moral and civic consciousness-raisers as the country has navigated the slow awkward evolution of the American political experiment. Constitutional democracy, equal justice for all, and the American Dream are all part of the country’s narrative. But, as the book explains, there has never been just a single American narrative — the country has competing stories, just as there are competing American dreams and competing ways of imagining a more perfect political union. Published by Rowman & Littlefield Publishers, 2017. 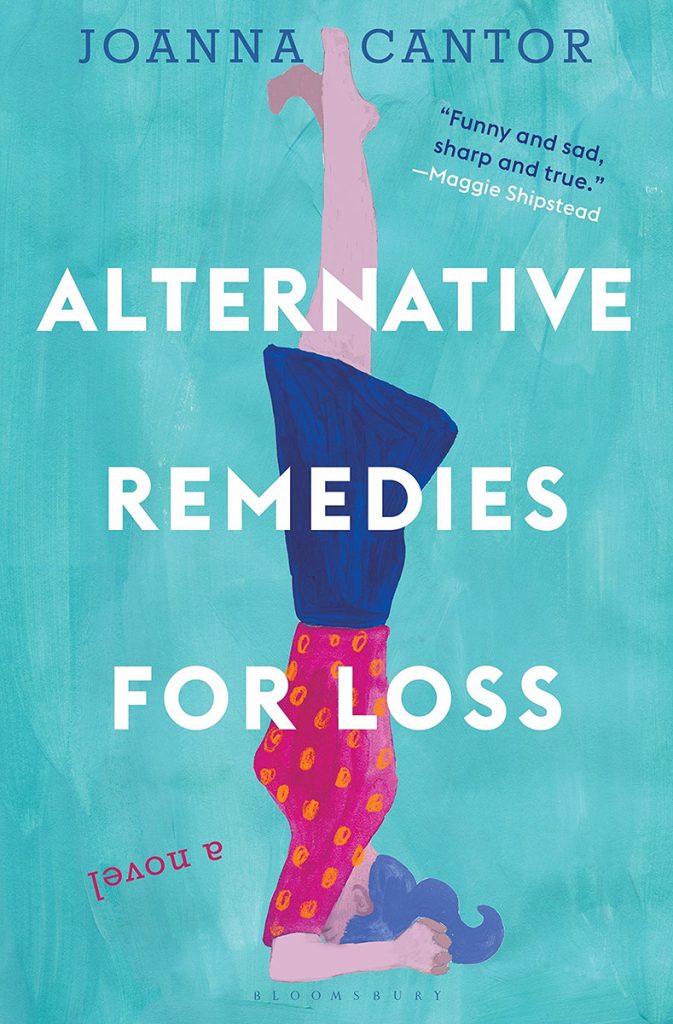 When 22-year-old Olivia learned that her mother had only months to live, she pulled up roots, leaving Vassar and her career plans to be with her mother for her last days. Yet, just four months after her mother’s death, everyone in Olivia’s family seems to have moved on. Still reeling from the loss, Olivia looks for a new start of her own. But as she tries to piece together an adulthood without her mother, Olivia makes a shocking discovery: a romantic correspondence between her mother and a man who only signed each letter “F.” This book by Cantor, a creative writing major and former editor-in-chief of the Leviathan, was an Amazon “Best ofthe Month” selection and was named in Vanity Fair’s “What to Read in May.” Published by Bloomsbury Publishing, 2018. 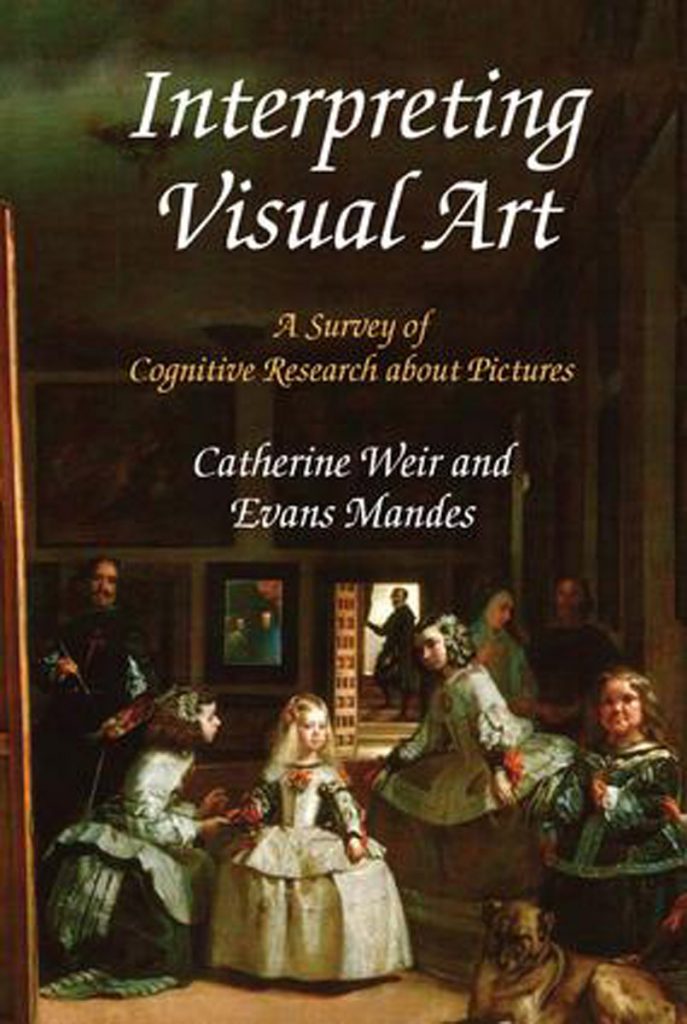 Subtitled “A Survey of Cognitive Research about Pictures,” the book, co-authored with Evans Mandes, explores some cognitive and perceptual mechanisms that underlie how one interprets art by reviewing research regarding viewers’ aesthetic, perceptual, and understanding of pictures. For many years, psychologists have studied issues such as how viewers see a two-dimensional picture in 3-D and which visual features tend to be preferred over others (such as curved over spiky shapes). Also discussed are studies about how well viewers can discern whether an abstract artwork was painted by a professional artist, a child, or a monkey. Weir, who taught perception courses at CC and University College London for 39 years, retired in 2007. Published by Routledge, 2017.

Tales From a Mountain Town 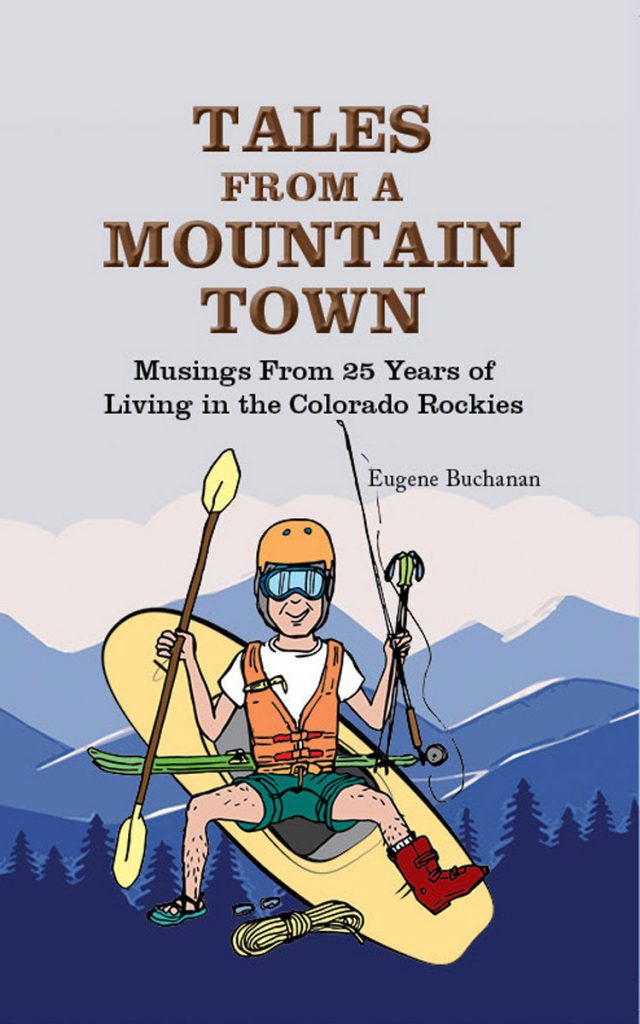 Subtitled “Musings from 25 Years of Living in the Colorado Rockies,” the book chronicles Buchanan’s two-and-a-half decades of living in the Rocky Mountains, with pen and a knack for adventure in tow. “Tales” compiles both new stories and popular ones previously printed in a variety of outdoor publications, creating a dynamic, easy-to-read, and lighthearted bundle of fun. Says Buchanan, “I’ve been writing about and living in the mountain towns of Colorado, from Telluride to Steamboat Springs, for nearly 30 years, and this is the compilation of some of the zanier tales.” Published by Recreation Publishing, Inc., 2017.

Retire on Real Estate: Building Rental Income for a Safe and Secure Retirement 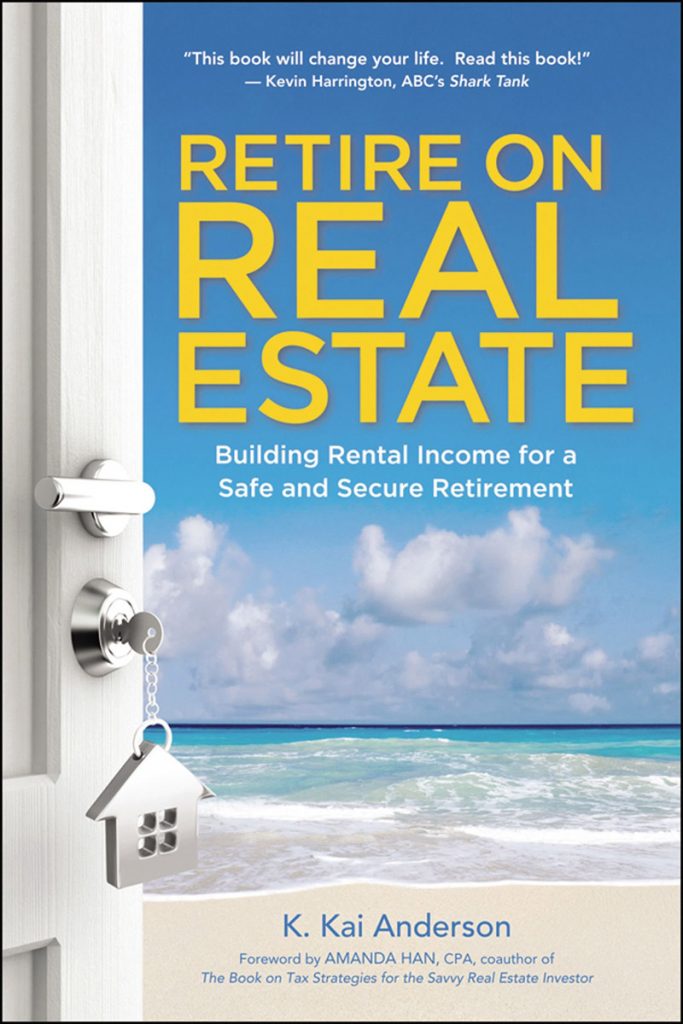 With pensions slashed, savings slim, and Social Security unpredictable, many people won’t have enough money in retirement. But Anderson argues that a sustainable solution is rental property. Her book explains the benefits of rental income, how to reduce the risk of vacancies, and calculate cash flow. Anderson credits the Block Plan for her writing of the book, saying she sequestered herself for a week and wrote a complete first draft in seven days. The book recently received an award from the National Association of Real Estate Editors. Published by AMACOM-HarperCollins, 2018.

Article by Charles A. Richardson ’68 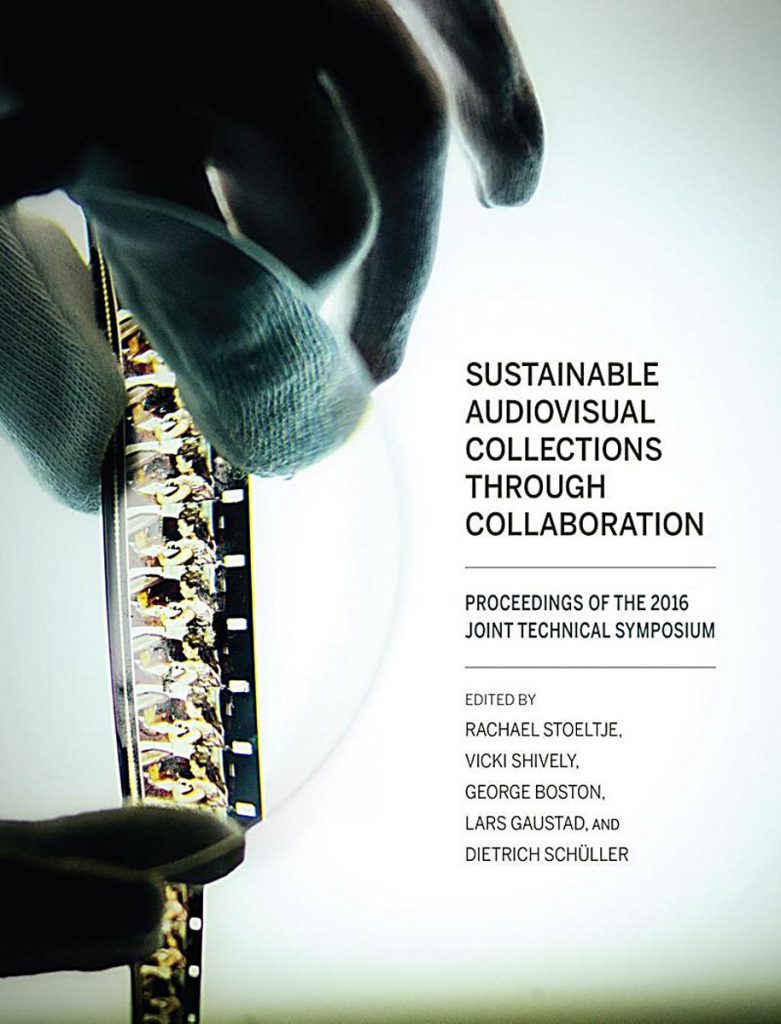 The art and science of audiovisual preservation and access have evolved at breakneck speed in the digital age. The Joint Technical Symposium is organized by the Coordinating Council of Audiovisual Archives Associations and brings experts from around the world to discuss technologies and developments in the technical issues affecting the survival and accessibility of audiovisual collections. This collection of essays is derived from presentations made at the 2016 JTS held in Singapore and presents an overview of the latest audiovisual preservation methods and techniques, archival best practices in media storage, as well as analog-to-digital conversion challenges and their solutions. Richardson’s article, “The (Carbon-) Black Ops of Recording Tape: Sticky-Shed Syndrome Exposed,” focuses on tape issues and research to save and preserve the world’s recorded tape legacy. Published by Indiana University Press, 2017. 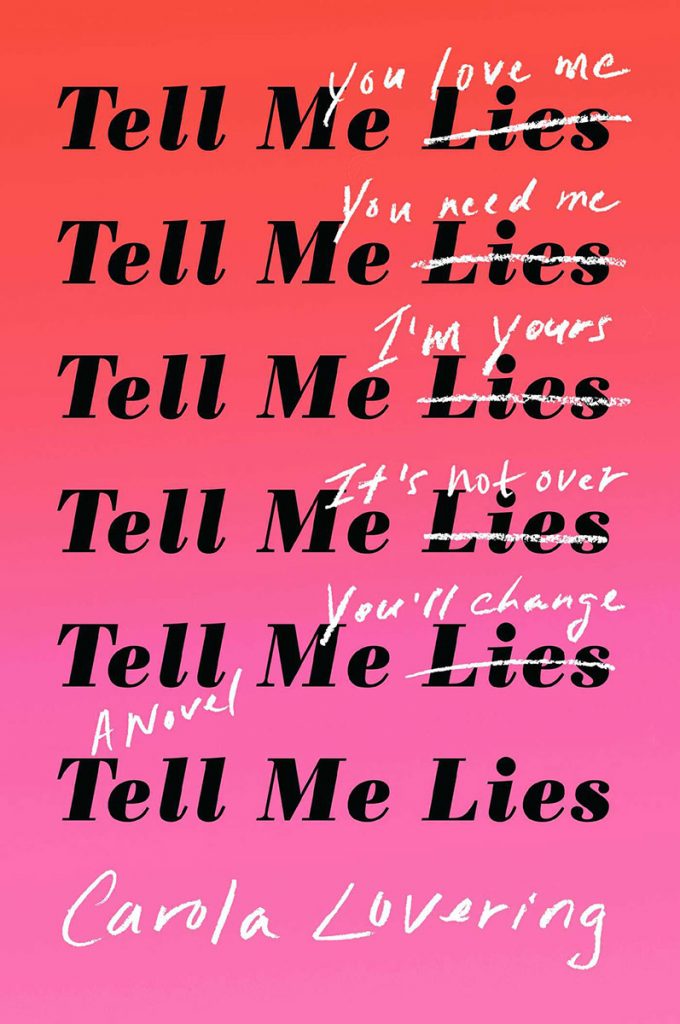 Lucy Albright is far from her Long Island upbringing when she arrives on the campus of her small California college, happy to be hundreds of miles from her mother, whom she’s never forgiven for an act of betrayal. Lucy embraces college life and all it has to offer — new friends, wild parties, stimulating classes. Then she meets Stephen DeMarco. Their entanglement will have consequences they never could have imagined. Alternating between Lucy’s and Stephen’s voices, the book follows their connection through college and post-college life in New York City. Lovering’s work has appeared in W Magazine, National Geographic, and Outside, among others. Published by Simon & Schuster, 2018. 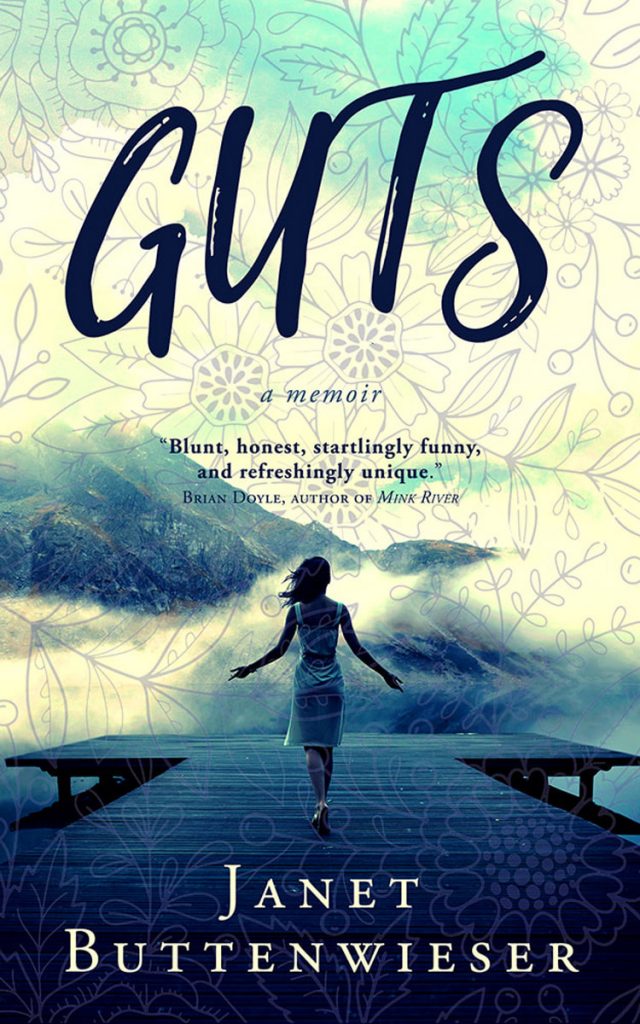 Buttenwieser’s memoir chronicles how she moved to Seattle at age 24 with a résumé devoted to public service and fantasies of single-handedly ending poverty. But within a year she’d developed an intestinal illness so rare she wound up in a medical journal. Janet navigated misdiagnosis, multiple surgeries, and life with a permanent colostomy. How would she advocate for others when she couldn’t advocate for herself? Janet’s model for assertiveness was her friend Beth, who took care of her throughout her illness, until Beth developed brain cancer. Janet recovered, Beth died at 38. To cope, Janet competed in endurance events, becoming a triathlete with a colostomy pouch. “Guts” is a story of resilience for the millions of Americans who manage to thrive while living with a chronic condition, as well as the many who’ve lost a loved one at a young age. Published by Vine Leaves Press, 2018. 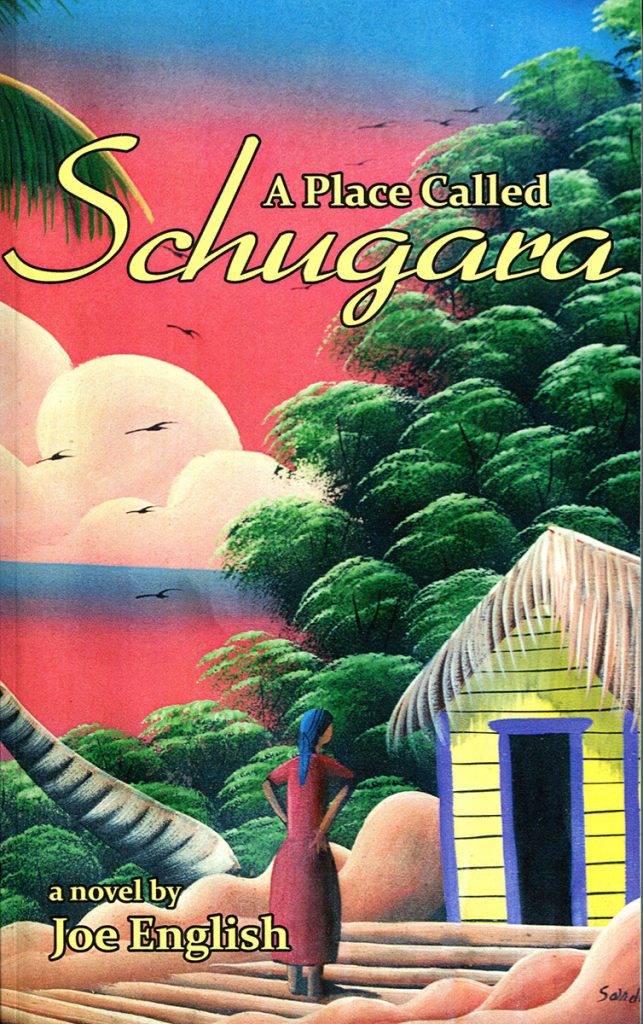 The book offers an interesting variety of unusual characters, from frustrated and unhappy Midwesterners to shrewdly enterprising Caribbean natives whose colorful patois is entertaining. Three of these characters — a jaded academic from Chicago, a desperate factory owner from Ohio, and an opportunistic insurance investigator from New York — are drawn to a place that lovingly welcomes the three misfits. None is actively seeking spiritual rebirth as the story begins, and each has his own reason for traveling to the little island, but the serendipitous result for all is essentially the same: a renewal of life and spiritual wholeness among the inhabitants of a loving community that lives in a place called Schugara. Published by Line By Lion Publications, 2017.

The Last Stand of the Pack 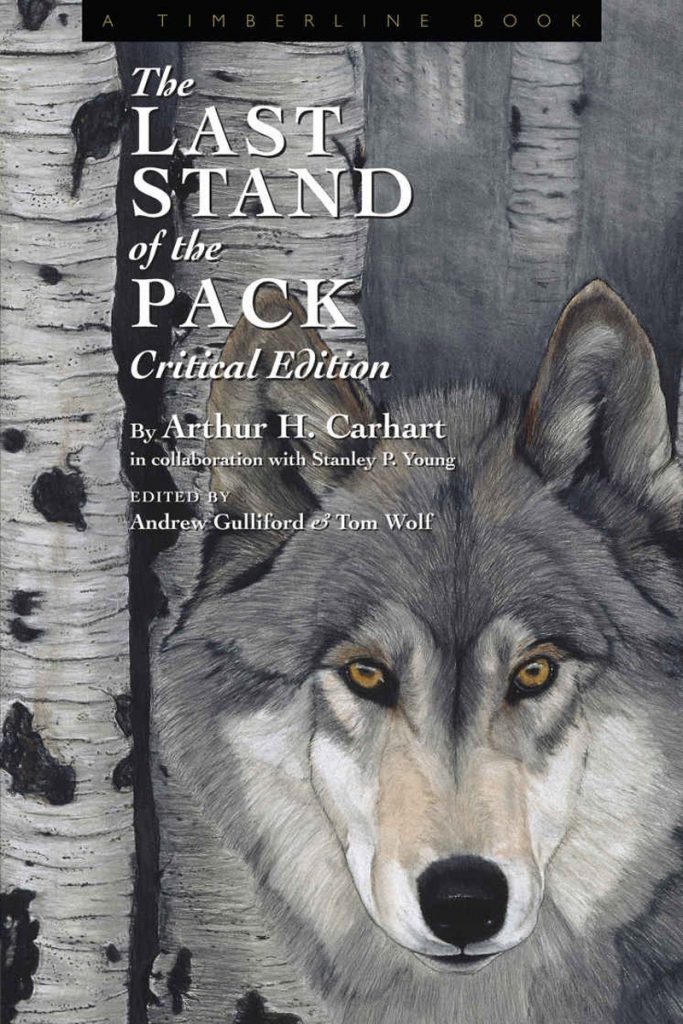 Originally published in 1929 by author Arthur Carhart, the book is a historical account of the extermination of what were then believed to be the last wolves in Colorado. Now, almost 100 years later, much has been learned about ecology and the role of these predators within ecosystems. This new edition presents historical scholarship and contemporary ecological ideas. The original text is accompanied by an extensive introduction and an overview of the history of wolf eradication in the west; chapters by prominent wildlife biologists, environmentalists, wolf reintroduction activists, and ranchers; and an epilogue examining current issues surrounding the reintroduction of wolves in Colorado. Presenting a balanced perspective, these additional chapters address views both in support of and opposed to wolf reintroduction. Published by University Press of Colorado, 2017.

Co-edited by Andreea Marinescu, associate professor of Spanish and Portuguese 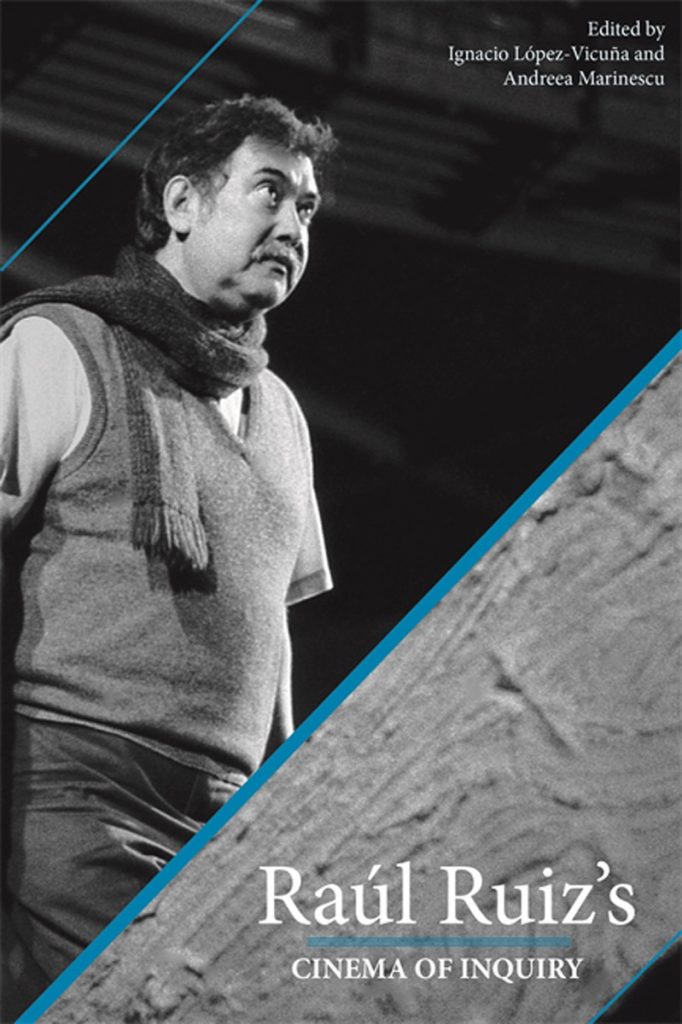