Recognizing the Contributions of our Community

One of the most important functions of the Colorado College Alumni Association Board is to recognizethe contributions of distinguished alumni, faculty members, and members of the CC community to the betterment of society and to the enhancement of the college and its mission. The Alumni Association Board acknowledges these alumni and staff members through four awards given at the annual awards ceremony during Homecoming. This year, the college honors the following people with these awards:

The Louis T. Benezet Award recognizes outstanding achievement in one’s chosen field, excellence through unusual success or contribution, innovation or research that has advanced a profession or a cause, and/or extraordinary contributions and achievements that have impacted people’s lives and exemplify the values of a liberal arts education. These attributes characterize the important contributions of the late Louis T. Benezet, president of Colorado College from 1955-63. 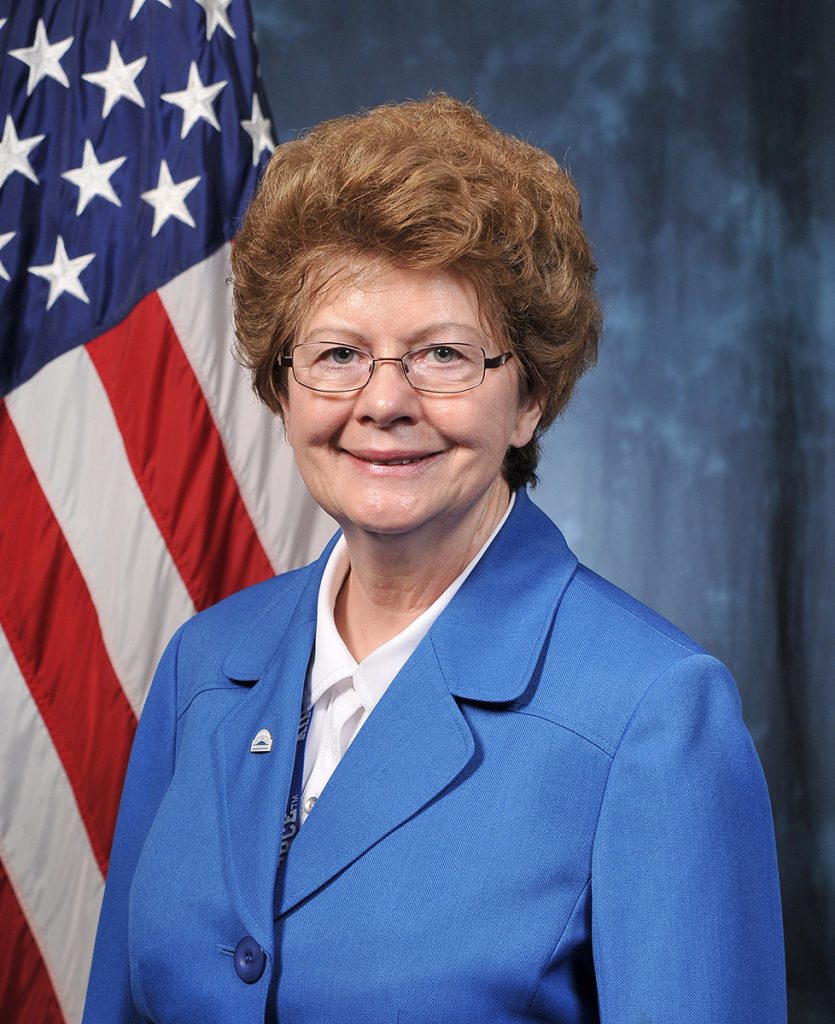 D’Ann Campbell ’72 is a professor of history at Culver-Stockton College in Canton, Missouri, where in 2015, she won the President’s Award for Outstanding Excellence to the Campus and Community. She has spent (so far) 39 years as professor and administrator. Her first position was at Indiana University as dean for women’s affairs and assistant professor of history. She pioneered three subfields: integrating women into American, European, and world history classes; creating women’s quantitative history; and spearheading the history of U.S. women in the military. She garnered grants to promote all three fields.

She was a distinguished visiting professor of military history at the U.S. Military Academy, West Point, where she won the Distinguished Civilian Service Award. She was the first woman to serve as dean at any of the service academies when she held the dean of academics post at the U.S. Coast Guard Academy. As a distinguished visiting professor in the Department of History at the U.S. Air Force Academy, she won the USAFA’s inaugural “Excellence in Inclusive Teaching Recognition” award and the academy’s “Clio Award” for outstanding contributions to the Department of History.

Campbell has written extensively about women in the military, and her work has been incorporated into textbooks and military history classes. In addition to numerous articles, she authored “Women at War with America: Private Lives in a Patriotic Era” (Harvard University Press, 1984). 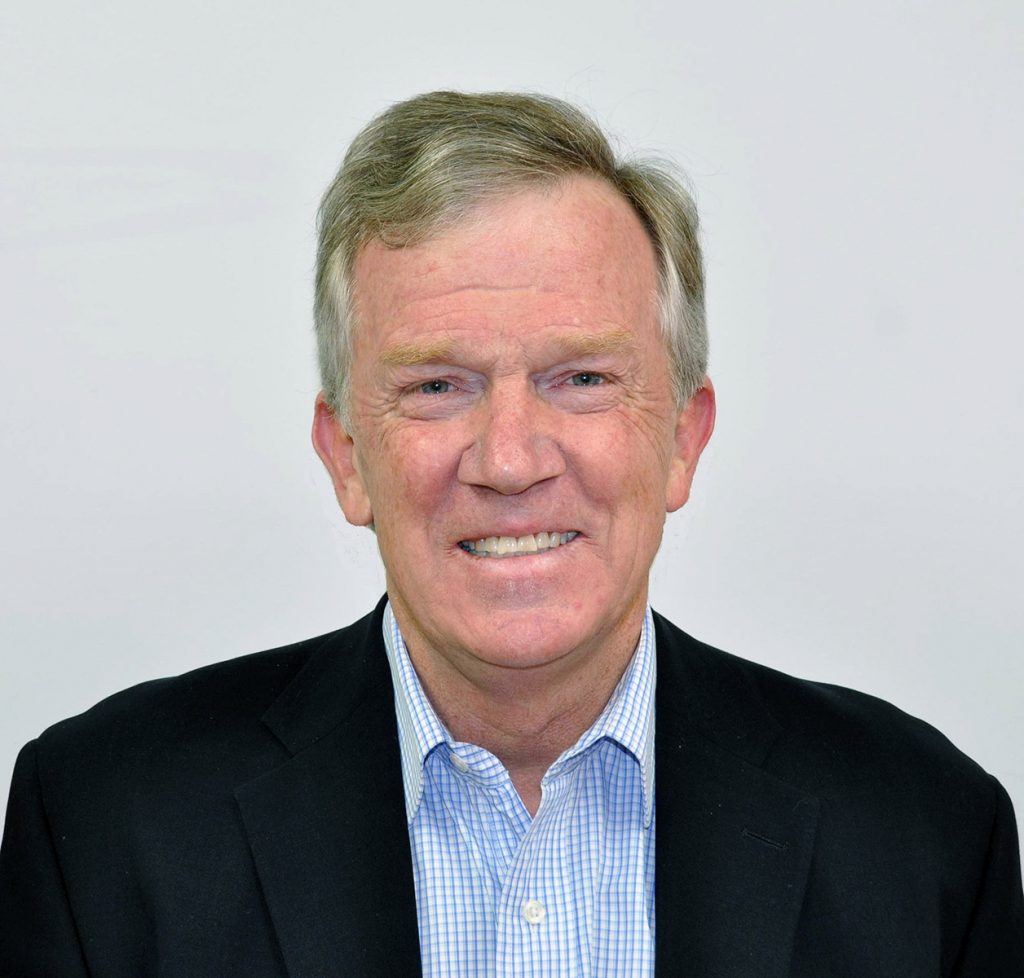 Charles H. “Chip” Collins ’77has held several positions at the nexus of business and the environment. He co-founded the Forestland Group LLC and served as its managing director. The firm is a timberland investment management organization that acquires and sustainably manages primarily naturally regenerating hardwood forestland. Its holdings currently total about 3.8 million acres in five countries. Previously, he was director of Northeast Fisheries and Sustainable Communities Project; vice president of Winslow Management Company, a Boston-based environmental investment firm; and the first executive director of the National Fish and Wildlife Foundation. Additionally, he was vice president of the Chesapeake Bay Foundation, Colorado director of the Nature Conservancy, and a field representative at Western Pennsylvania Conservancy.

Collins has been deeply engaged with a variety of nonprofit organizations. He is on the boards of the New England Forestry Foundation and the Yale Center for Business and the Environment. He formerly served on the boards of Great Mountain Forest Corporation, the Quebec-Labrador Foundation, Shady Hill School, the Jane Coffin Childs Fund for Cancer Research, Cary Institute for Ecosystem Studies, and other organizations. He is married toAnne Carmichael Childs ’78.

He earned a bachelor of arts from CC in 1977 and a master of arts degree from Yale University in 1992.

The Lloyd E. Worner Award recognizes outstanding loyalty, service, and generosity to the college as evidenced by continuing concern and support for students and the quality of teaching and learning, as well as the general well-being and future excellence of the institution. These attributes characterize the many years of service and effective contributions of Lloyd E. Worner, Class of 1942, who served as a faculty member, dean, and ultimately president of Colorado College (1964-81). 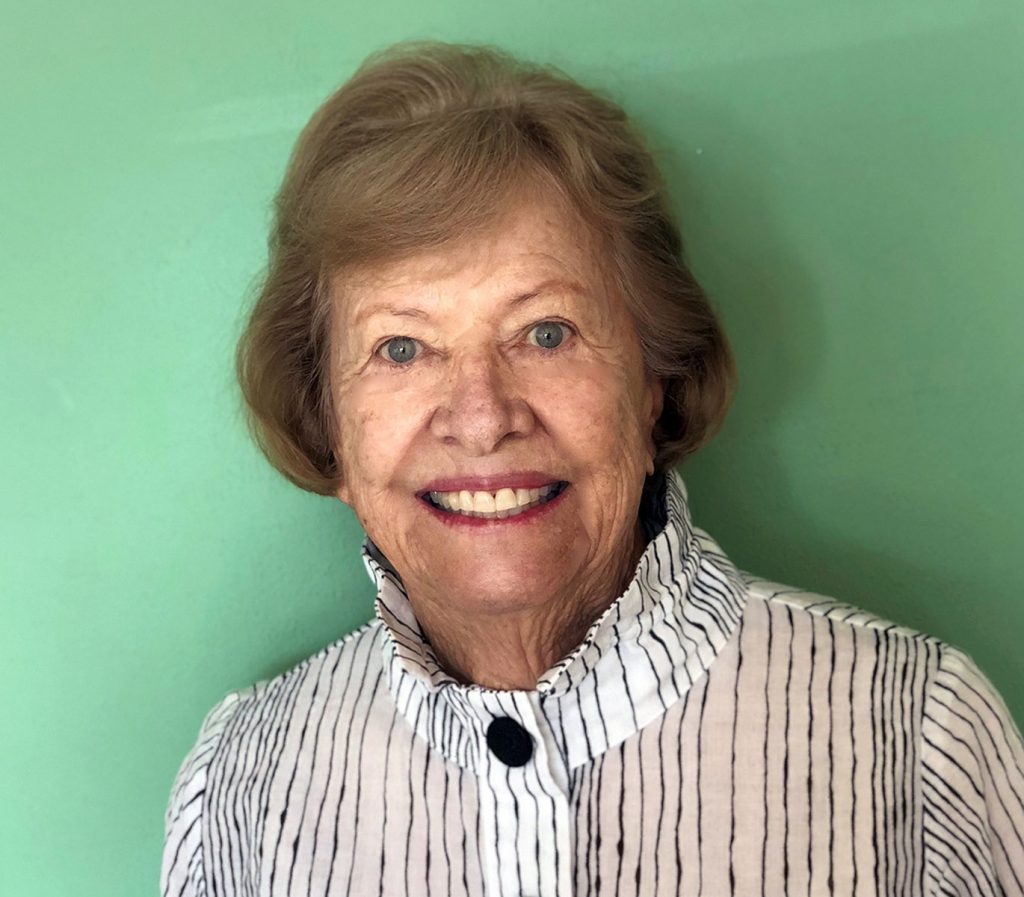 Artie Toll Kensinger ’53is the recipient of the Lloyd E. Worner Award. As a student at Colorado College, she participated in women’s basketball, softball, swimming and diving, and tennis, and was a member of the Delta Gamma sorority.

Since she graduated, Kensinger has raised three children, volunteered widely, and remains actively involved with CC.

She worked as director of the Annual Fund at Colorado College, and her fundraising expertise also benefited Goodwill Industries, where she established and administered a development program. She hosted an event in her home for her 64th reunion last year and served on the steering committee for her 50th reunion, which established the Class of 1953 Scholarship. As class agent she’s recruited classmates to give to CC to achieve a high percentage of donors for her class participation.

In 1992, she won seven gold medals in swimming at the Rocky Mountain Senior Games in Greeley, Colorado. At the 1993 National Senior Games in Baton Rouge, she placed silver and bronze in two of her swimming events.

Kensinger is a member of the CC President’s Council, Fifty Year Club, and the Barnes Legacy Society. She earned a bachelor of arts degree from CC in 1953.

The Gresham Riley Award recognizes faculty and staff who have made a significant difference to the Colorado College community through outstanding service, commitment, and accomplishment. The continuing concern for and support of students and alumni demonstrated by such individuals ensures the general well-being and future excellence of the college. These accomplishments exemplify the important contributions made by Gresham Riley, the 10th president of Colorado College, 1981-92. 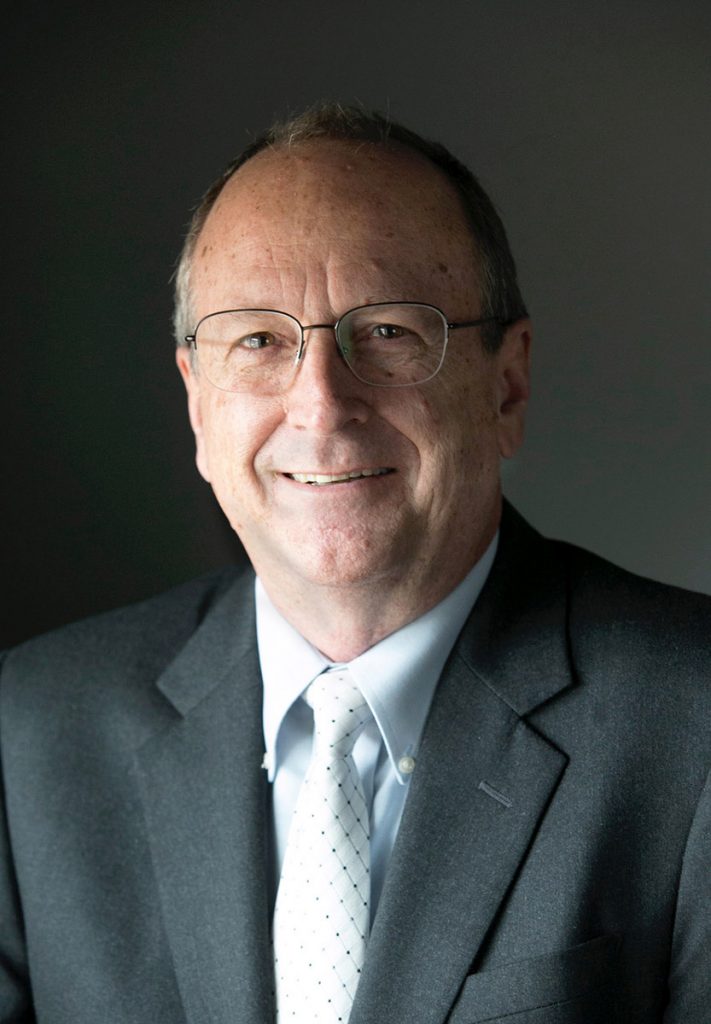 David C. Hendrickson ’76, the recipient of the Gresham Riley Award, is a professor of political science at Colorado College, where he has taught since 1983. He chaired the Political Science Department from 2000-03 and 2017-18. He teaches courses in American foreign policy and international relations and has directed the journalism thematic minor for more than 15 years.

He has authored eight books, including most recently “Republic in Peril: American Empire and the Liberal Tradition” (Oxford University Press, 2018) and “Union, Nation, or Empire: The American Debate over International Relations, 1789-1941” (University Press of Kansas, 2009). Hendrickson also has published numerous book chapters, essays, and reviews.

He has been the Harriet Parker Campbell Professor of American Constitutional History since 2009. Among his many honors, he received the Ruth Barton Award in 2009 and was Robert J. Fox Distinguished Service Professor from 2004 to 2009. He has received fellowships from the Lehrman Institute, the Olin Foundation, and the National Endowment for the Humanities.

He is a member of the Society of Historians of American Foreign Relations, International Studies Association, American Political Science Association, and others.

He earned a bachelor of arts degree from CC in 1976, and from Johns Hopkins University, a master of arts in 1981 and doctor of philosophy in 1982.

The Spirit of Adventure Award 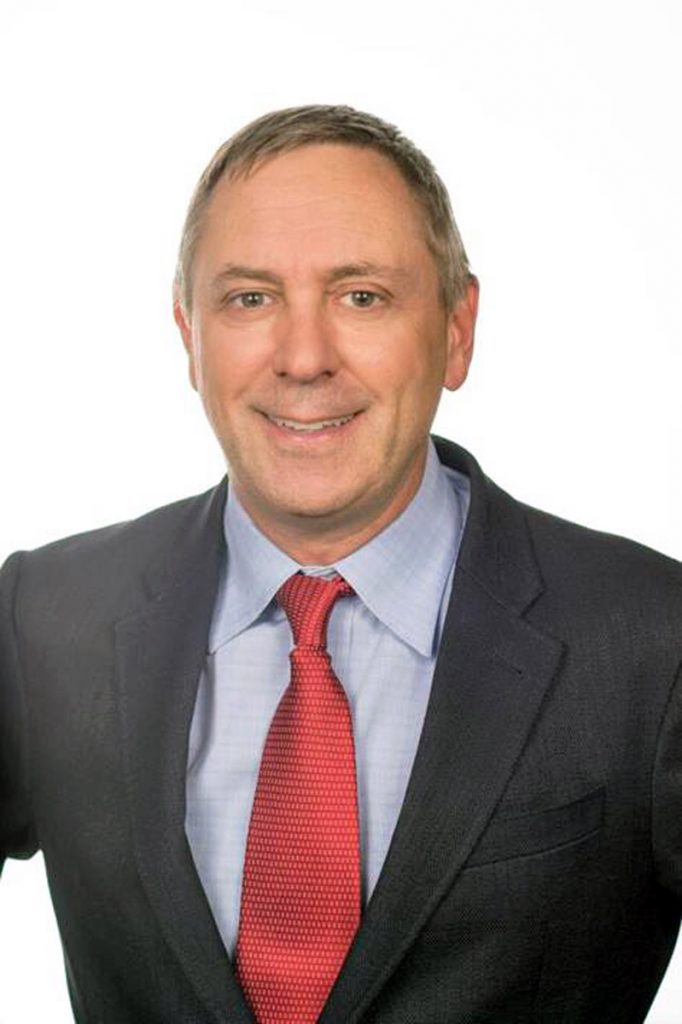 Lee Sessions ’86 is the recipient of the Spirit of Adventure Award. He has worked in various roles and locations for Intel Corporation since 1996, including positions in human resources, marketing, communications, and business development. Currently, he is managing director of Intel Capital’s Global Corporate Venture Capital Ecosystem. Over the past decade, he led a global team responsible for accelerating business results for 400 start-up technology companies. During that time more than 200 companies have gone public or been acquired, generating strategic and financial returns for Intel. Previously, he worked for Pepsi Cola, a position he secured through a CC job fair his senior year. He serves on the advisory board of the Global Corporate Venturing Leadership Society.

His work has led him to locations throughout the world, and Sessions has been an avid explorer and adventurer personally. His summers during college as a program director and canoe trip guide in Minnesota and Ontario blossomed into a lifelong passion for paddling, research, and discovery. Since 1980, he has spent part of every summer exploring canoe routes, including the length of the Mississippi River and 25 expeditions in the Canadian Arctic. He spends free time researching trips and sharing his experiences through presentations across the U.S. and Canada.

He earned a bachelor of arts degree from CC in 1986.