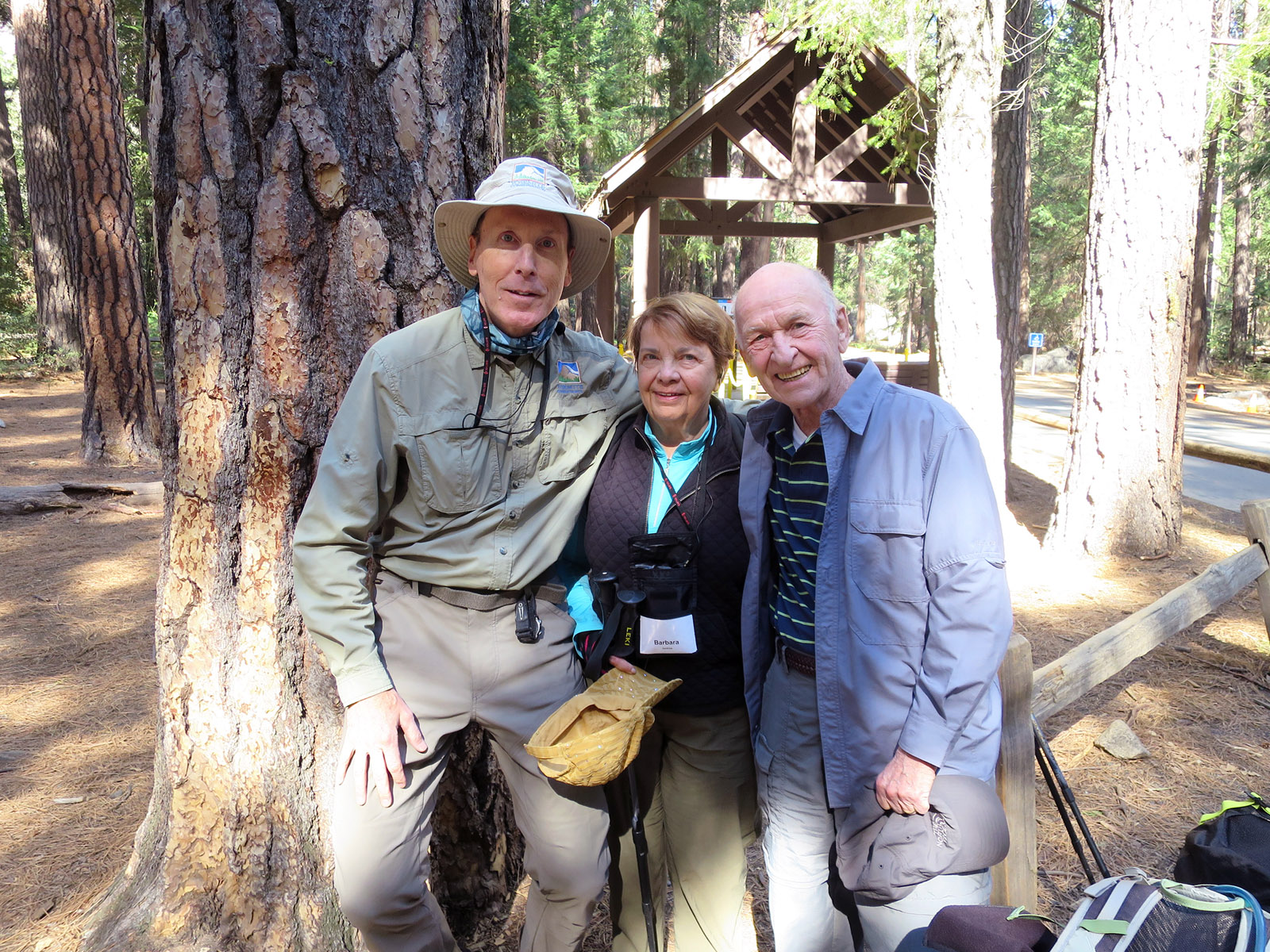 Pete Devine ’81 is the resident naturalist for Yosemite National Park’s nonprofit arm, the Yosemite Conservancy. He was teaching a Road Scholar group (formerly known as Elderhostel) when he discovered that participants included David Jenkins ’58 and his wife, Barbara. Pete notes that David won a Bronze Medal in figure skating at the 1956 Olympics in Cortina, Italy, a Gold Medal at the 1960 Olympics in Squaw Valley, California, and is a three-time world champion and four-time U.S. champion in figure skating. David studied medicine at Case Western Reserve Medical School and practiced medicine in Tulsa, Oklahoma, for 30 years.

Pete is married to Sonny Montague ’82, Yosemite National Park’s archeologist. Pete has worked in Yosemite “for 30-some years,” and has been an administrator/manager in the educational functions of the park’s two nonprofits. The Jenkins’ group was in Yosemite for a week and Pete spent two days out on the trail, sharing the park with them. 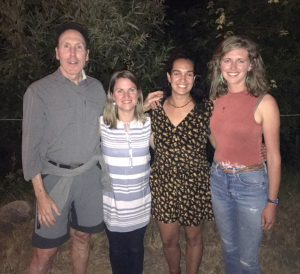 A second group to meet with Pete shows how popular Yosemite is with CC alumni. Jen Hunt Latham ’02, Stephanie Harris ’14, and Haley Leslie-Bole ’15 work for NatureBridge, a nonprofit environmental education program with a campus in Yosemite. Although Pete now works for Yosemite Conservancy, he also worked for NatureBridge when it was known as Yosemite Institute. In addition to other things, people might recognize Pete from a video about frazil ice. View the video » 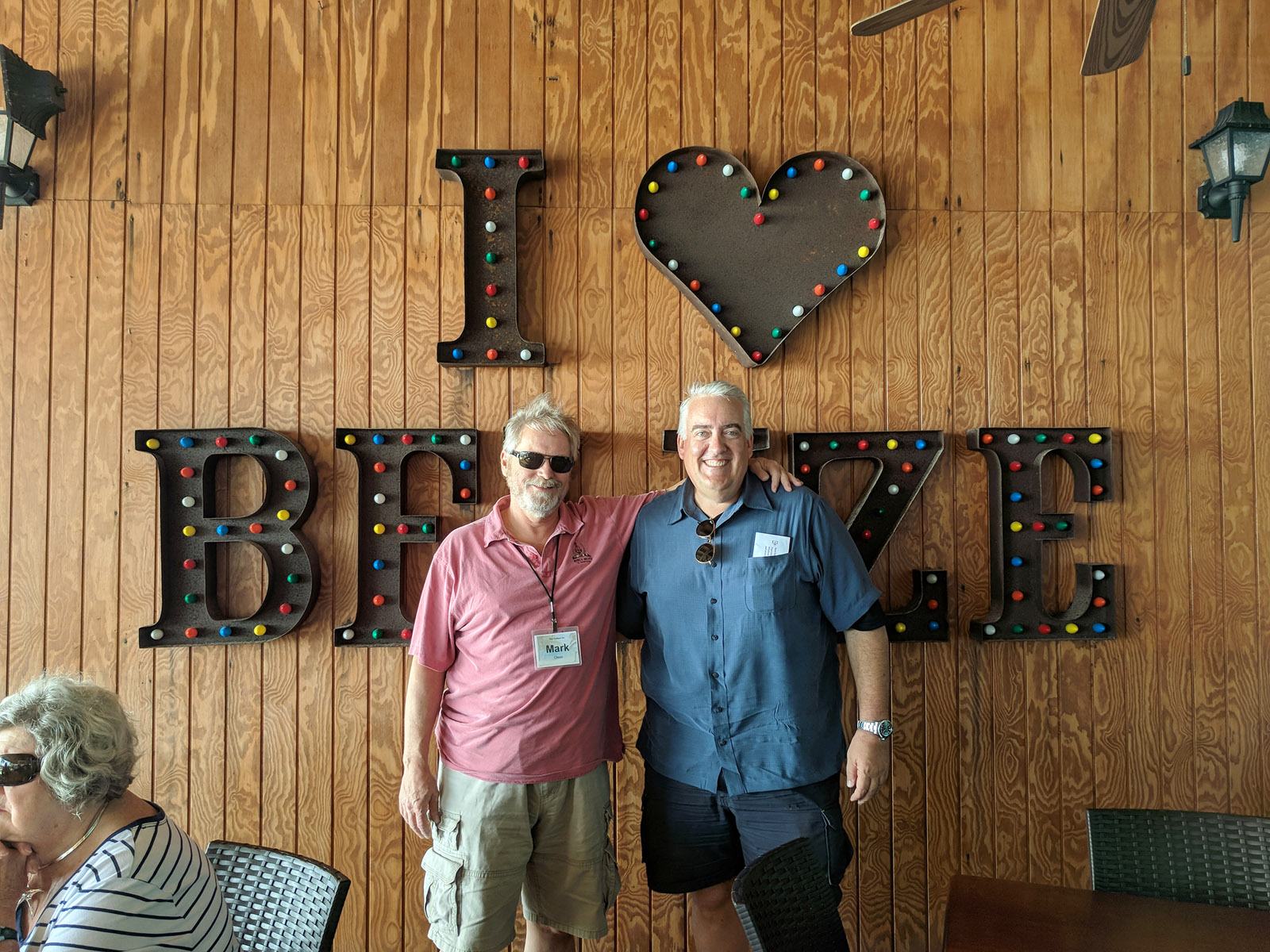 Mark Olson ’77 met John Turley ’90 at a Belize real estate investment seminar that John was hosting. On a boat off Ambergris Cay while looking at nurse sharks, they struck up a conversation and realized they both were from Colorado, where John had been a realtor and Mark has been practicing rural family medicine in the Limon area for the past 33 years. During their conversation they realized both were graduates of Colorado College. And, says Mark, “eventually we will be neighbors in Belize,” as he and his wife are looking at retiring there in the future.

CC Connections: Have you unexpectedly encountered a fellow Tiger somewhere in the world? Please send digital photos (JPGs at 300 dpi and minimum of 3×5.5 inches) to bulletin@coloradocollege.edu or good-quality prints at a similar size to Bulletin, Communications, 14 E. Cache La Poudre St., Colorado Springs, CO 80903-3294. Include complete information about the location, date, and circumstance, and identify people in the photo left to right.