My involvement in education came very early on,” Charlotte Mendoza says. “My mother was a teacher, and when I was very young, I used to practice teaching lessons to my little sister.”

Mendoza, who retired from the Department of Education in 2016 after 45 years of teaching at CC, has had a prolific career as an educator of educators, spanning multiple states, national associations, and international exchanges.

At CC, she led the Department of Education, grew the Master of Arts in Teaching program, and founded the well-respected Summer Gifted and Talented program. Additionally, Mendoza created the international teaching program at CC.

Mendoza went to Queens College from 1958 to 1962 for her undergraduate education, receiving her B.A. in Education. From 1962 to 1963, she attended the Harvard Graduate School of Education where she earned her Ed.M. She spent time as an intern teacher in the Newton Public School District of Newton, Massachusetts.

Mendoza returned home to Queens after her time in Cambridge, where she taught elementary school students for six years in the New York City public school system, from 1963 to 1969. It was these years that she says, “made me rethink but ultimately commit to a career in education.”

“When I was interviewed by my first principal,  I was asked if I knew what my ‘real’ job was,” she says. “I was told, ‘Don’t teach them anything, just keep the lid on’ and ‘Don’t cry in front of the students, only cry in the hallway.’ 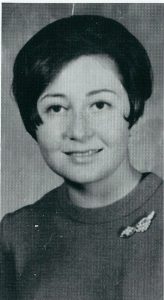 “CC was a totally different world,” says Mendoza. “I was delighted to find students with such an abundance of abilities, creativity, and engagement.”

Mendoza took the reins of the Department of Education as chair just two years after arriving, in 1973. She expanded the college’s MAT program to include all aspects of high school and elementary education. At the time Mendoza arrived at the college, nearly a quarter of CC’s graduating classes each spring received teaching certificates in addition to their bachelor’s degrees. In addition to revamping the MAT program, Mendoza taught courses on elementary and secondary literacy, elementary social studies and language arts, and elective courses on contemporary issues in education and on globalization and education.

People of Impact profiles members of our staff and faculty who’ve had a long-term, deeply resonant impact upon our classrooms, our campus, and our community. View other stories