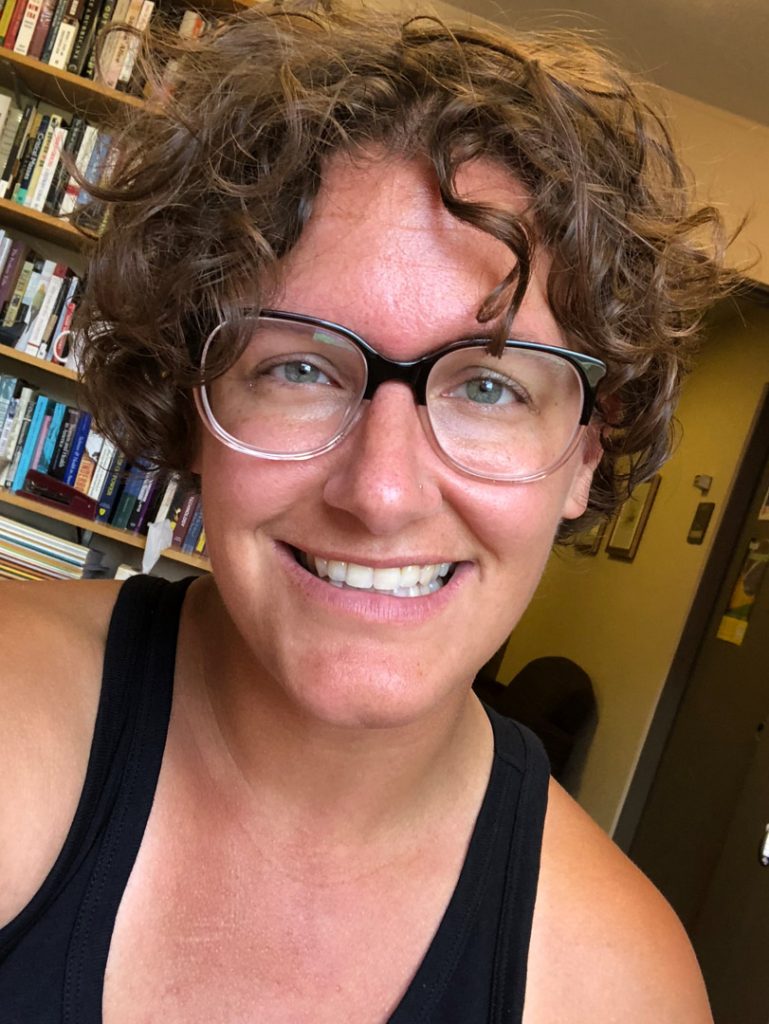 When people think of historians, they don’t often think of marketing and advertising. Assistant Professor of History Amy Kohout doesn’t have experience in marketing, but she does think about how historical context is essential for successful advertising. This spring, Kohout saw a Nike trail running ad with a problematic slogan and was able to get it taken down within six hours using her Twitter network and the #twitterstorian community.

The ad, which showed up online in late March, depicted a solo runner on a bluff above the ocean with the slogan “the lost cause.” The final sentence said “Because the lost cause will always be a cause worth supporting.”

Kohout explains, “the Lost Cause is a white supremacist narrative constructed by white Southerners that frames slavery and the Old South as benevolent and the war as noble; it was deployed alongside campaigns of violence and racial terror targeting black southerners in the decades following the Civil War.” Kohout then took to Twitter to share the ad and invite other historians to add context to the phrase. “Twitter creates the opportunity to reach a lot of people quickly; when I first tweeted about this, I tagged senior scholars who work on these issues and who have large Twitter followings,” she says.

Within six hours of Kohout’s original tweet, Nike and other trail running shoe retailers had wiped the ad from social media. They still debuted the trail running line without other advertising, and never issued any apology, so the story went largely unnoticed outside of the #twitterstorian community.

The Nike trail running ad is not the only time Nike and other companies have released problematic marketing campaigns, and Kohout says this is an important reason for companies to employ people with interdisciplinary backgrounds. “I think companies can’t claim to care about equity and justice and then spend money creating ads like this one. … I do think that historical context is deeply important, and that this ad is an example of what can happen when folks with strong backgrounds in history and the humanities aren’t in the room,” she says.

“I think companies — and institutions, organizations, and individuals — should do the work to understand their histories and how they might relate to our present, and to think about what it might mean to center equity and justice in the work that we do,” says Kohout.