By Kristina M. L. Acri née Lybecker, associate professor of economics and chair of the Economics and Business Department 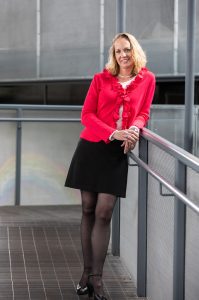 Drug importation schemes are again being offered up as a remedy to high U.S. drug prices.  Recently proposed legislation in Colorado, Connecticut, Florida, Maine, Missouri, Oklahoma, Oregon, Utah, Vermont, and West Virginia aims to reduce spending on pharmaceuticals by importing them from Canada. Advocates reason that American patients can lower their drug costs by importing cheaper drugs from countries with lower pharmaceutical prices. What escapes their attention is the need for, and cost of, testing to ensure the safety of those imports.

Why do we need to test drugs from Canada?  Under current Canadian legislation, Canada does not regulate, test, or scrutinize drugs bound for export, including export to the United States. If pharmaceuticals are not destined for Canadian citizens, they are not subject to the Canadian government’s safety regulations. This opens the door to two problems:  the risk of shortages and the threat of counterfeit medicines.

First, Canada doesn’t have a sufficient supply of drugs to satisfy American demand. Canada’s population is just one-ninth of the U.S. population. That is, 37 million people, compared to 318 million in the United States.  Annually, 627 million prescriptions are dispensed in Canada, while 4.4 billion are dispensed in the U.S. If 100 percent of U.S. prescriptions were filled in Canada, the annual Canadian drug supply would be exhausted in 52 days.[1]

Second, Canada already struggles with drug shortages, a problem that would clearly be exacerbated if significant quantities of drugs were sent to the United States.[2]  Drug shortages have become a chronic problem for the Canadian healthcare system. In a single week during September 2018, 25 drugs were added to the drug shortage list.[3]  As Canada continues to grapple with a relentless stream of drug shortages, one in four adults in the country has either personally been affected in the last three years or knows someone who has, according to a survey commissioned by the Canadian Pharmacists Association.”[4]

Given the size of the Canadian market and the shortages that already exist, one must consider that U.S. patients might not be getting Canadian drugs. Numerous investigational studies establish that many drugs shipped from (or through) Canada actually originate in other countries.[5]  Former U.S. Food and Drug Administration Acting Deputy Commissioner Randall Lutter testified before Congress, “Of the drugs being promoted as ‘Canadian,’ 85 percent appeared to come from 27 countries around the globe. Many of these drugs were not adequately labeled to help assure safe and effective use and some were found to be counterfeit.”[6]

Shortages and the nuances of Canadian legislation provide the opportunity for unscrupulous drug exporters to mark pharmaceuticals as “for export only,” thereby bypassing Canada’s safety regulations, and enabling them to mail counterfeit or substandard drugs made in China, India, and other countries notorious for ineffective and sometimes deadly products to patients abroad using a Canadian mailing address”.[7]  The evidence is clear: The depth and breadth of the counterfeit drug industry is large and growing. A study by the Organization of Economic Co-Operation and Development showed that counterfeit drugs accounted for 2.5 percent — or $461 billion — of the world drug market in 2013.[8]  A separate study by the World Health Organization estimated that 10 percent of the global pharmaceutical market is counterfeit.[9]  These findings echo the situation in the United States as well. Notably, the number of investigative cases opened by the FDA has increased more than 10-fold over the past two decades.[10]

Beyond the risks, it’s not economically feasible. The presumed savings may be elusive. Nine in 10 prescriptions dispensed in the U.S. are generic. While many branded drugs are less expensive under Canadian price controls, generic drugs are more expensive in Canada than in the United States. [11] One estimate calculates the average savings in the U.S. to be 47 percent. [12] In addition, pharmaceutical importation would require oversight and enforcement. Colorado would have to invest in substantial infrastructure and chemical testing to ensure the quality and safety of all medicines. In essence, Colorado would have to establish its own Food and Drug Administration. The expense of doing so would be tremendous.

My work on pharmaceutical importation began with my doctoral studies in economics at the University of California, Berkeley, more than two decades ago. After 25 years studying the economic and health impacts of drug importation, the concept of bringing drugs in from Canada is a familiar proposal and one that seemingly addresses the demand for costly therapies with quick and substantial price relief for patients. The reality of importation is drastically different: it is a risky endeavor and a potentially very expensive gamble. When all potential risks and costs are accounted for, it is difficult to justify moving outside the U.S. supply chain for medicines.

As Mark Twain once said, “For every complicated problem there is a simple solution. And it’s usually wrong.” This is the wrong solution. Pharmaceutical importation schemes pose an acute threat to patient safety and should be resisted, in Colorado and on Capitol Hill.

Acri joined the CC faculty in 2007. Her research analyzes the difficulties of strengthening intellectual property rights protection in developing countries, specifically in the context of the pharmaceutical and environmental technology industries. Recent publications have also addressed alternatives to the existing patent system, the balance between pharmaceutical patent protection and access to essential medicines, the markets for jointly produced goods, and the role of international trade agreements in incentivizing innovation. This essay is based, in part, on Acri’s testimony before the Colorado House of Representatives in April 2019. Her remarks were part of the House hearing on Senate Bill 5.

[11] Marwaha, Seema. “This is why Canada has the second-highest medication costs in the world”, National Post, online post, November 7, 2016.  Available at: https://nationalpost.com/news/canada/this-is-why-canada-has-the-second-highest-medication-costs-in-the-world