Imagine my delight when I opened the Summer 2018 issue of the Colorado College Bulletin and saw on page 3 Pete Devine ’81 as resident naturalist for Yosemite National Park. My husband and I and two other couples were going to Yosemite in just a few short weeks! I reached out to Pete and he graciously agreed to meet up with our group. We had a wonderful visit with him. None of the six of us went to Colorado College … yet we each sent a son there and they played basketball together for four years at CC. We became fast friends through the shared experience of basketball and have remained friends since the boys graduated in 2016. We traveled together in September 2018 and chose Yosemite as our first of many adventures. We all wore CC garb in the park in anticipation of meeting Pete Devine! And that led to all of us meeting another ranger Laura Goforth ’02, who had gone to CC and is also in the photo. The years spent in the bleachers, at tournaments, and home and away games for four years provided us with many, many happy memories! We are all delighted to still be in touch — as are the boys. We look forward to another National Park adventure together. Thanks for enabling CC Connections — makes the world a smaller and friendlier place! — Regina Berardino P’16 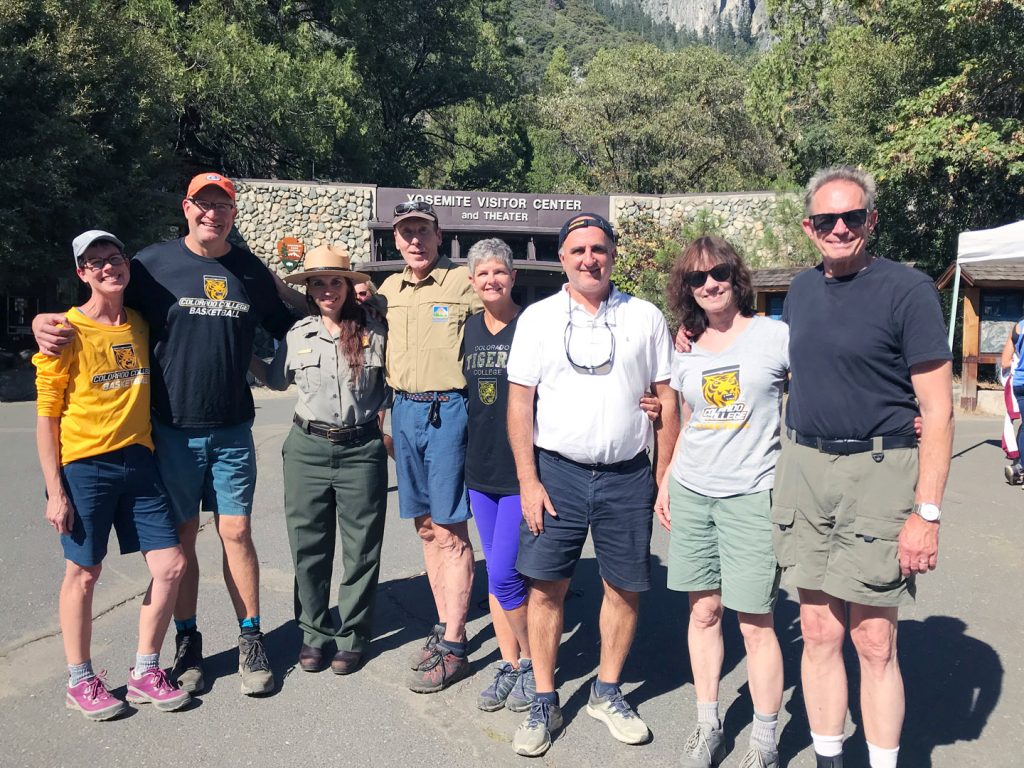 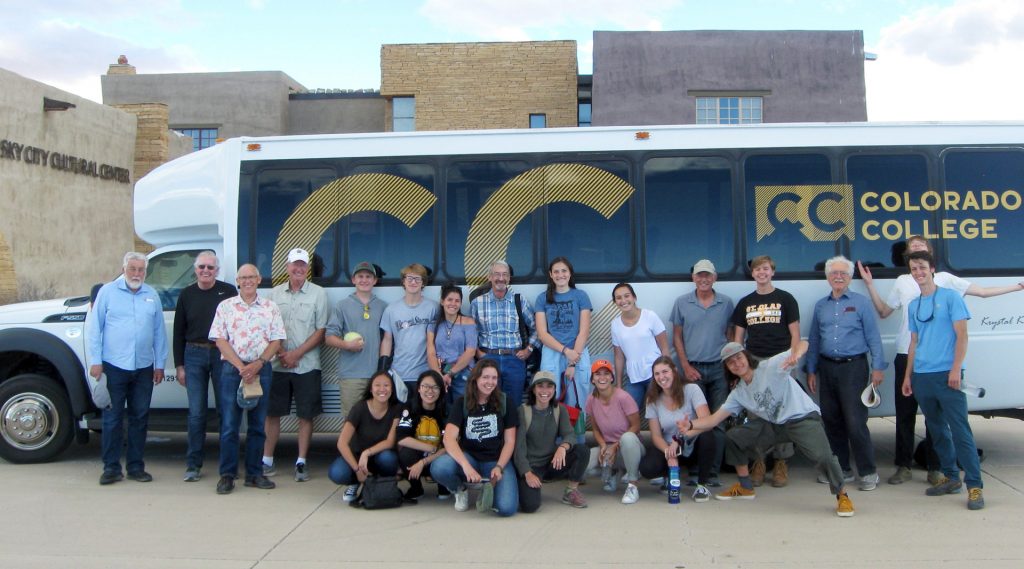 During their annual get-together, eight CC alumni happened upon a busload of current CC students visiting the Acoma “Sky City” Pueblo in New Mexico, the oldest continuously inhabited community in North America. CC alumni from left: Phil LeCuyer ’66, Sam Arentz ’66, Don Adcock ’66, David Parrish ’66, Paul Tatter ’66, Tom Knudtson ’67, and Terry Winograd ’66. Present but not pictured, Dee Wilson ’66. “We don’t know the names of students who were on the bus,” says Tatter. “We rotate meeting every year in one of our hometowns. Next will be with David Gillespie ’66, who missed the New Mexico trip in October. Some CC friendships last a lifetime.” — Paul Tatter ’66