Cannabis and the Latinx Community: More of the Same? 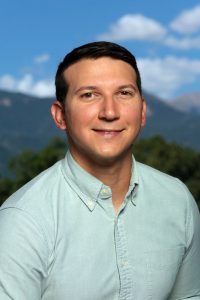 As an anthropologist, my research focuses on the everyday lives of individuals and communities as they engage in the consumption of psychoactive substances and the accompanying policies and practices that attempt to control, regulate, and police access to these substances. I rely on a multidimensional analysis of the legal and social life of marijuana as substance/medicine/commodity from a historical, medical, and legal perspective to understand the race, class, and gender dimensions of marijuana prohibition and legalization, especially as it has impacted the Mexican-descent communities of the southwestern United States. The following is an excerpt from a work-in-progress.

Eleazar Garcia is a 19-year-old Mexican American male from the South Texas border. He’s lived in one of Starr County’s small communities his entire life. Tattoos cover Garcia’s forearms, and a couple of shiny studs dot his left eyebrow. He drives “a badass truck,” as he likes to remind me — a four-door Chevy with 22-inch wheels that sits just a few inches off the ground.

Like many young people throughout the United States, during his early teen years Eleazar began consuming marijuana. Eleazar is a Type 1 diabetic, and he argued that cannabis was beneficial for his emotional health, particularly in having to deal with his autoimmune condition. However, after experiencing the negative symptoms of diabetic ketoacidosis, Eleazar was taken by his mother to a nearby emergency room. During his visit, Eleazar’s insulin and blood sugar levels were regulated, but he also was unknowingly drug tested. During our conversations Eleazar’s mother said that the Texas Department of Family and Protective Services opened up a child-endangerment case against her as a result of her son’s positive marijuana drug test.

A case officer communicated to Eleazar’s mother that she would most likely be prosecuted for child endangerment and serve jail time, while Eleazar would be directed into foster care. However, to avoid this fate, she could aid police in charging her son with drug possession, sending him into the juvenile justice system and resulting in a half-year sentence of detention and drug treatment. She decided to cooperate with local police officers. As she confessed to me during a conversation, this was the less problematic course of action for her family. After Eleazar completed his six months of detention, he was on probation — that is, continuous supervision through the county juvenile court system — until he turned 18 in 2017.

Eleazar likes to spend his evenings cruising through the small towns that pepper the highway in Starr County, sometimes to visit friends, other times just to be out of the house. Prior to the surge of policing that resulted from Operations Strong Safety and Secure Texas, Eleazar had minimal problems going on his cruises. The local police and sheriff’s deputies knew him and would often just wave as he passed them.

When the state troopers arrived in Starr County, the situation changed. Eleazar was 16 years old at the time, and he had recently obtained his driver’s license, having completed the necessary requirements after securing his learner’s permit a few months earlier. He complained that the state troopers often stopped him and that he was harassed and often told that he “fit the description.” Eventually, Eleazar had to limit his cruising to avoid these police encounters, and like many other residents of Starr County, he now avoids driving too much.

As John-Michael Torres, the spokesperson for a local civil rights organization, stated, “our members in Starr County have said the ‘surge’ has changed their lives. ‘You don’t go out,’ they tell us, ‘except when you have to, to go to work or to buy groceries.’ Anything non-essential — the things that make life more enjoyable and boost the local economy — they decide not to do them, opting to stay home rather than risk traffic fines or immigration checks.”1

In Colorado, legalization has resulted in a public health concern aimed at protecting the well-being of young people and warning them about the dangers of cannabis. Though not ideal, Colorado has made efforts with childproof packaging and education campaigns to keep cannabis out of the hands of children.

And yet, the flipside of the kids and cannabis discussion has to address the fact that Colorado is also known as a haven for medical cannabis for children.The Stanley brothers are recognized as “some of Colorado’s finest cultivators and cannabis breeders,” primarily for their development of a high-CBD, low-THC strain of cannabis known as Charlotte’s Web, which has been used to successfully treat a child with Dravet Syndrome as well as other seizure conditions in children. The notoriety of Realm Oil, the extraction made from the Charlotte’s Web strain, brought positive publicity to Colorado’s medical marijuana program, as the state also was on track to implement its recreational (or adult-use) marijuana program. Shortly before the full implementation of Colorado’s recreational program, medical journalist Sanjay Gupta, M.D. debuted a CNN documentary titled simply “Weed,” in which Charlotte’s story and her strain were prominently featured.

The stories of these primarily upper-middle class, white families coming to Colorado as medical marijuana refugees is in stark contrast to the experience of Eleazar and his working class Mexican American family.

Consider now a silenced component of the children and cannabis discussion. In the case of Latinx youth, legalization of cannabis for adult-use and medical purposes has resulted in the hyper-policing and criminalization of Latinx youth.2  The national lifetime marijuana use rate for Latino youth is 18.1%.3  Drug use surveys of American youth have shown marijuana use among Latinx youth steadily increasing in comparison to their parents.4

The Colorado Department of Public Health and Environment has also begun to closely measure marijuana use rates among adolescents in Colorado to monitor and identify health concerns related to marijuana through the implementation of Healthy Kids Colorado Survey. The purpose of the Healthy Kids survey is to better understand youth health and what factors support youth to make healthy choices. In the most recent Colorado survey, Latinx youth marijuana use was estimated at 24%, six percentage points higher than the national rate.

In the wake of ongoing concerns over police violence against communities of colors, legalization has done little to change the process of policing or police attitudes.

Santiago Ivan Guerra is associate professor of Southwest studies at Colorado College. He is an interdisciplinary borderlands scholar working at the intersection of anthropology, history, and Chicanx studies. He currently is completing a book entitled “Narcos and Nobodies: Untold Stories of the Border Drug War” that explores the historical and contemporary impact of the border drug war from the perspective of border smugglers and their families