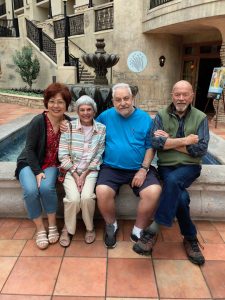 Dave ’51 and Janet Oatman ’53 came from Illinois to Dallas to help Pat Killen ’51 and his wife Miyoko celebrate Pat’s 90th birthday in June. Dave’s 91st birthday came a week later. Pat and Dave were members of the 1950 Rocky Mountain Conference championship football team. Dave went on to head an agribusiness company in Illinois while Pat worked as a reporter, editor, and foreign correspondent for United Press International. Pictured left to right: Miyoko, Janet, Pat, and Dave. Pat notes that two other classmates and friends joining the “90s Club” this year were Henry “Hank” Otto ’51 of New London, New Hampshire, and Dwight Brothers ’51 of Colorado Springs. 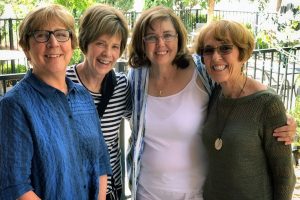 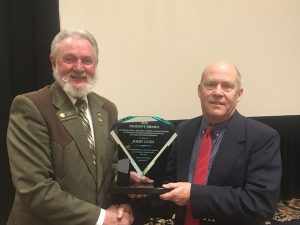 John Goss ’73 was named the 2018 winner of the Demont Award. It is given annually to the Colorado administrator who has made the greatest impact on a school district of fewer than 1,500 students. He has served the Creede Schools for 42 years as a teacher, coach, and principal.

Mary Yelenick, recipient of the 2019 Eileen Egan Peacemaker award from Pax Christi Metro New York, has been elected to the international board of Pax Christi International, a global Catholic peace and nonviolence organization headquartered in Brussels. In April, Mary participated in a meeting of the Catholic Nonviolence Initiative in Rome.

Huntington “Hunt” Lambert has announced that after six years in the position, he will retire as dean of Harvard University’s Division of Continuing Education at the end of 2019. Harvard DCE serves more than 30,000 adult and part-time learners annually. After 40 years, 25 startups, an accidental second career in higher education, over 100,000 hours worked, and 2.5 million miles flown, Hunt says, “It’s not my age, it’s the miles!” In retirement, he plans to devote time to family, philanthropy, writing, and pursuit of learning opportunities.

Jeff Rutenbeck has joined Arcadia University in Glenside, Pennsylvania, as provost and senior vice president for academic affairs. Jeff previously served as dean of the School of Communication at American University in Washington, D.C., where he oversaw four academic divisions: Journalism, Public Communication, Film and Media Arts, and Communication Studies.

On June 30, 2018, Merrie Margolin Stratton married Robert Stratton in a surprise wedding at the housewarming party for their home in Kiowa, Colorado. Merrie’s sister, Sonia Margolin ImMasche ’68, was in attendance. 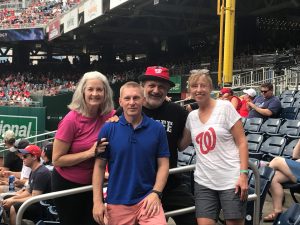 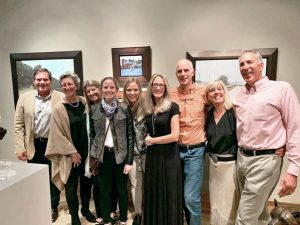 On Nov. 9, Patrick Shearn was honored to help commemorate the 30th anniversary of the fall of the Berlin Wall with the installation of one of his kinetic “Skynet” sculptures at the Brandenburg Gate. As explained on the website of his Los Angeles-based company, Poetic Kinetics, “Visions in Motion” is “comprised of approximately 120,000 streamers of fabric —  30,000 of which contain handwritten messages collected from members of the German people and the world community.” Poetic Kinetics specializes in conceiving and executing large-scale art installations and experiential design projects; for more on the company and on Patrick’s international work, see poetickinetics.com/visions-in-motion.

Craig Heacock is hosting and co-producing “Back From the Abyss” (bftapodcast.com), a podcast where people share stories of plunging into the psychiatric abyss and then getting out. It is available on Stitcher, Google Play, Apple Podcasts, and Spotify.

Kathryn Davis Grohusky, who specializes in leadership development, has been appointed executive director of the Sawtooth Society, sawtoothsociety.org, a nonprofit and nonpartisan organization dedicated to protecting, preserving, and enhancing the Sawtooth National Recreation Area in Idaho. Previously, Kathryn worked virtually with the U.S. Department of Veterans Affairs Aspiring Leaders Program, offering executive coaching through her business, CoachGro LLC. Coachgro.com offers virtual and international leadership coaching to both individuals and groups. Kathryn brings experience in conservation, natural resources management, not-for-profit business management, volunteer management, environmental education, nonprofit development, teaching, communications, coaching, and training to both her new position based in Hailey, Idaho, and to her CoachGro clients around the world.

Don Strasburg, a co-president of AEG Presents Rocky Mountains, celebrated the opening of the Mission Ballroom in Denver in August. Don, nationally recognized multiple times by Pollstar as Talent Buyer of the Year, says he can trace his work back to booking Phish at CC in 1990. 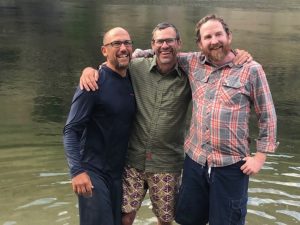 Pictured left to right: Paul Elia ’94, Eric Chesebro ’93, and Kevin Murphy ’94 recently took a river trip down the Lower Salmon River in Idaho. They have done annual trips for the past five years or so, with other alumni as well. 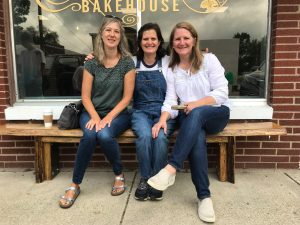 Pictured left to right: Anna Harber Freeman, Elena Garfield, and Stacy Volker Wilson reunited in Union Pier, Michigan, earlier this year to have their kids play in the water and get to know each other.

Alexander Salazar will soon celebrate the 10th anniversary of Alexander Salazar Fine Art, his appointment-only gallery in San Diego. He is also an established artist in his own right, with pieces in both private and corporate collections.

Heather O’Brien has been appointed one of four U.S. Supreme Court Fellows for 2019-20. She joins the Fellows Program from her position as senior legal counsel for the U.S. Center for SafeSport, an independent nonprofit that works to prevent, and investigates and resolves, misconduct in the Olympic and Paralympic movements. Previously, Heather served as a county court judge on the Ninth Judicial Circuit of Florida, Osceola County. As a Fellow, she will gain practical experience in judicial administration, policy development ,and education. Heather will also produce a publishable-quality work of scholarship.

Wood Roberdeau has taken on the role of head of visual cultures at Goldsmiths, University of London. 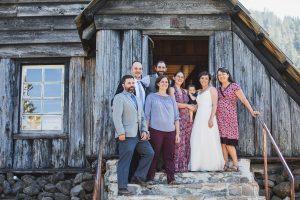 This autumn, Michael Anthony Fowler completed a Ph.D. in art history and archaeology at Columbia University and began a tenure-track appointment as assistant professor of art history in the Department of Art and Design at East Tennessee State University. 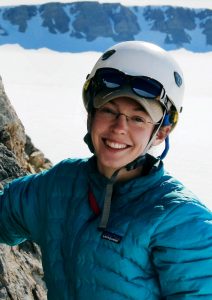 Jessica “JC” Creveling has earned the Young Scientist Award from the Geological Society of America. The award, also known as the Donath Medal, recognizes outstanding achievement as an early career professional in geology. JC, an assistant professor at Oregon State University, was honored for her transformative contributions to understanding critical events in Earth’s history through an interdisciplinary combination of comprehensive field geology, laboratory-based biogeochemistry, and state-of-the-art numerical modeling of geodynamic processes. 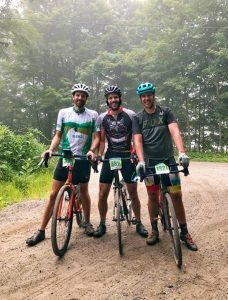 Pictured left to right: John Gioia ’10, Dakin Henderson ’08, and Jamie Storrs ’08 recently met up for the first time since graduating to ride the D2R2 Gravel Century in Deerfield, Massachusetts. 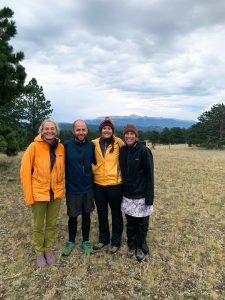 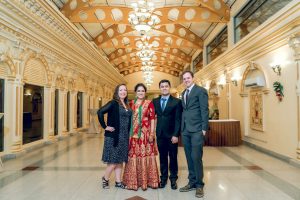 Jayash Paudel married Palista Kharel in Kathmandu, Nepal, on March 12. Sarah Miller ’11 and David Suhler ’10 traveled from Colorado to Kathmandu for the traditional Nepalese Hindu wedding. Pictured left to right: Sarah, Palista, Jayash, and David. Jayash has also been hired as an assistant professor of economics at Boise State University in Boise, Idaho. 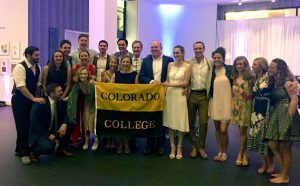 Maxime Robillard has co-composed music for “From There To Here,” a short documentary about a courageous group of women in India using dance movement therapy to empower themselves and other young survivors of trafficking and violence. The soundtrack was released by the Brooklyn-based Alternative Medicine label on cassette in a simple, small box with printed photo stills from the filming. Maxime releases his own music as Love Letters, and is a resident DJ at a Queens, New York, club called Nowadays. 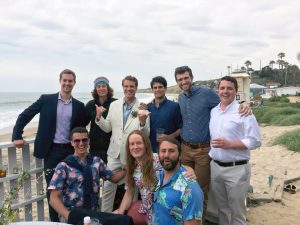 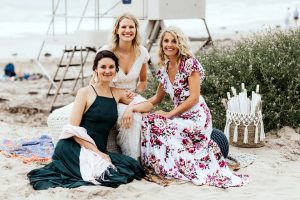 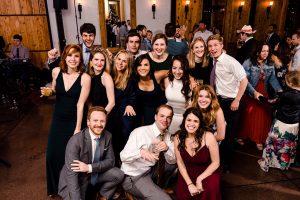 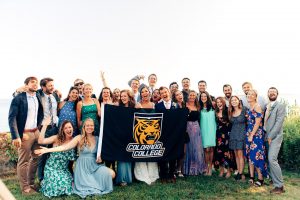 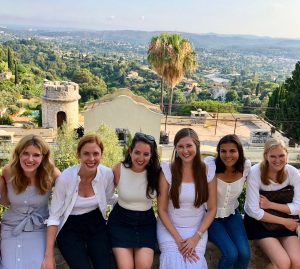 A group of alumni from the Class of 2013 traveled together to the south of France over the summer. Pictured left to right: Kathleen Carroll-Wray, Sarah Hutcherson, Gabe Kaminsky-Bayer, Amanda Scott, Anu Atre, and Sarah Hart. 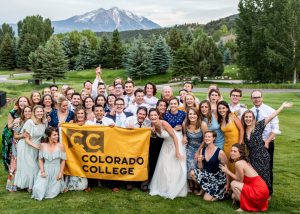 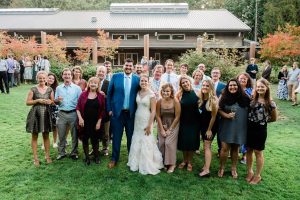 Kevin Lowe was chosen by the Knowles Teacher Initiative as a 2019 Teaching Fellow. The fellowship is an intensive and cohesive, five-year program that supports early-career, high school mathematics and science teachers in their efforts to develop teaching expertise and lead from the classroom. Kevin began teaching at Longmont (Colorado) High School during the 2018-19 school year and is committed to teaching biological sciences to high school students in the U.S.

Kayla Fratt and Andrew Ishimaru recently returned to the U.S. after a year-long road trip down the Pan-American Highway with their border collie. They did the middle one-third of the highway, going slowly because they were working — Kayla was freelance writing, and Andrew was running a digital marketing business — and then returning early so that Kayla could begin work with Dogs for Conservation, a nonprofit that trains rescue dogs to census endangered species, detect invasive species for removal, and fight wildlife crime, such as the ivory trade. Kayla was an organismal biology and ecology major who fell in love with dog training at CC’s Psychology Department.

A natural history documentary by Micah Robin titled “Fuel, Fire, and Wild Horses” was selected for showing at the Aspen Mountain Film Festival. The film, featuring Pulitzer Prize-winning journalist David Philipps and naturalist William E. Simpson II, explores how wild horses can be managed in a cost-effective and beneficial way.