Driving to or from Colorado College through Ohio? Don’t be surprised if you see a section of roadway signs that say “Governor Richard F. Celeste Highway.” Former CC President Richard Celeste, the college’s 12th president who served from 2002-11, had a portion of I-90 west of Cleveland, Ohio, dedicated to him in November 2019 in tribute to his “long and distinguished career as a public servant.” Celeste served as a state representative, lieutenant governor, and then governor of Ohio from the 1970s to 1991. He also served as U.S. ambassador to India (1997-2001) and director of the Peace Corps (1979-81). 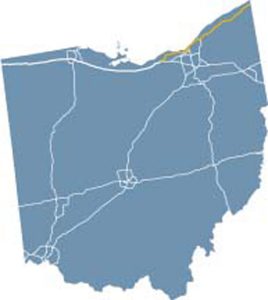