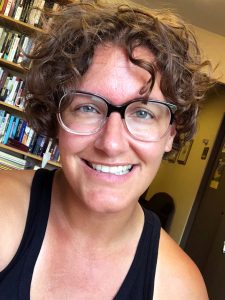 Assistant Professor of History Amy Kohout has been awarded a David J. Weber Fellowship for the Study of Southwestern America at the William P. Clements Center for Southwest Studies at Southern Methodist University. The award allows her to complete work on her first book, tentatively titled “Taking the Field: Soldiers, Nature, and Empire on American Frontiers.” The book explores the intersection of ideas about nature and empire through an examination of the experiences of American soldiers in the U.S. West and the Philippines in the late 19th and early 20th centuries.