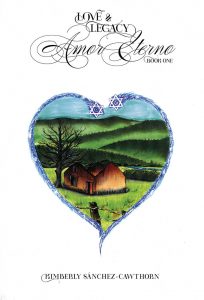 Ariana Romero, from the oldest town in Colorado, and Luke Cohen, from upstate New York, are determined to achieve their dream careers despite their families’ intentions for them. They meet in a study abroad class in Toledo, Spain, where they uncover the diary of a Sephardic Jewish woman. The diary reveals the possibility of a centuries-past legacy between Luke and Ariana — and validates their intense emotional connection. Upon returning home, they find the reality and demands of their lives may prevent them from bringing their families’ legacy full circle. Based loosely on the author’s genealogy, this is a novel where ancestry, language, and identity collide with love, religion, and a sprinkle of magical realism. Independently published, 2019. 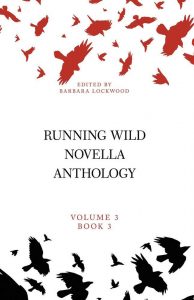 This collection showcases a diverse array of short fiction by authors from the U.S., Canada, Europe, and Saudi Arabia. The stories range from whimsical to the macabre, from poignant to chilling, and inhabit places both realistic and fantastical. Lockwood, who uses the pen name Gemma L. Brook, contributes a short story centering on the tallest tale told among a group of fishermen. Edited by Cecile Sarruf, the collection seeks to “illuminate our collective imagination” through writing that transcends traditional genre boundaries. Published by Running Wild Press, 2019. 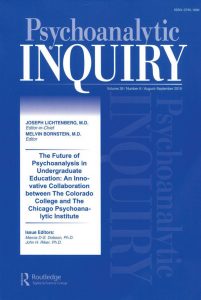 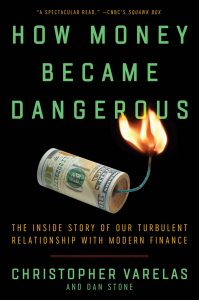 In the not-too-distant past, money was simple. That started to change in the ’80s, as the financial system became increasingly complex, moving beyond the understanding of  the general public while impacting lives in innumerable ways. The book travels from the crime-ridden Los Angeles jewelry district to the cutthroat Salomon Brothers trading floor to the center of the technology boom, capturing the key deals, developments, and players that made the financial world what it is today. It illuminates the dark, hidden forces of Wall Street and how it has dehumanized and left behind everyday Americans — and also makes the case for why Wall Street needs to be saved, if only to save ourselves. Published by HarperCollins Ecco Publishers, 2019. 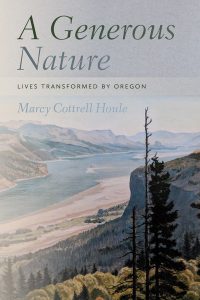 The book offers profiles of 21 conservationists and activists who have made enduring contributions to the preservation of Oregon’s wild and natural places and quality of life. Among those profiled is CC alumna, Mary Ruble ’80, who served as director of the Portland Parks Foundation. Taken from personal interviews conducted by the author over a decade, these stories help readers understand the histories of Oregon’s places, innovative planning efforts, and laws. They provide insight into the principles and values that motivated individuals to preserve the beauty and natural resources of Oregon, craft legislation to further protect them, and educate others about their value. Published by Oregon State University Press, 2019. 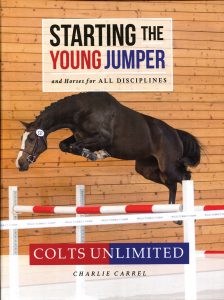 Carrel and his wife, Hilary, own Colts Unlimited in Sheridan, Wyoming, where for 40 years they have developed young horses for top riders in a variety of disciplines, including Grand Prix jumpers, dressage, hunters, high goal polo, driving, and professional rodeo. The book, based on a lifetime of experience, contains a wealth of knowledge and an array of photos that help put the reader in the paddock. As Carrel writes, “I have spent my entire life feeling different horses underneath me, understanding their minds, and knowing how much to ask in order to get the best out of one while instilling in him a relaxed confidence. It is the art of developing a true partnership.” Published by Colts Unlimited, 2018. 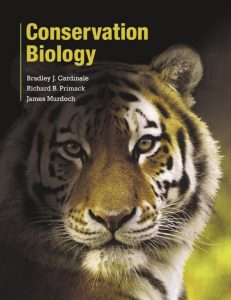 “Conservation Biology” brings together theory, applied research, basic research, and hundreds of real-world examples and stories from dozens of disciplines to teach students how to become practicing conservation biologists who protect and manage Earth’s biodiversity. A major theme throughout the book is the active role that researchers, local communities, the general public, conservation organizations, and governments can play in protecting biodiversity, even while maintaining a high quality of life for humankind. Murdoch, who majored in biology at CC, is associate professor and chair of the Wildlife and Fisheries Biology Program at the Rubenstein School of Environment and Natural Resources at the University of Vermont. Published by Oxford University Press, 2019. 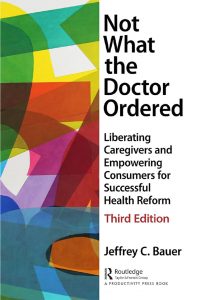 Not What the Doctor Ordered

The title of the book, by renowned health care futurist and medical economist (and 2013 CC Benezet Award Recipient), says it all. It presents specific solutions to serious problems of cost, quality, access, and outcomes by allowing all Americans to purchase services directly from caregivers who provide an expanding array of medical services at least as well as physicians ― and at lower cost. Focusing on new realities of the 21st century, Bauer shows not only why giving consumers the right to choose advanced practitioners is the top priority for improving our overpriced, underperforming medical care delivery system, but also how to make the necessary changes. Published by Productivity Press, 2020. 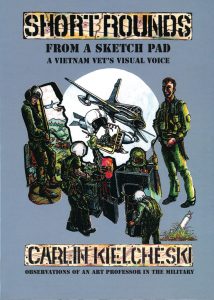 The Air Force created a never-before position for Kielcheski as the first Air Force combat artist to record the war from an Air Force perspective through the medium of art. He worked to tell the story of the struggles and hopes of military men and women performing dangerous and challenging missions in a war zone. The artwork in the book, which includes 90 hand-drawn illustrations and maps, is a valuable contribution to the history of the U.S. war in Vietnam. Kielcheski, who earned a master’s degree at CC, became a full professor of art at the U.S. Air Force Academy. Published by Rhyolite Press LLC, 2020. 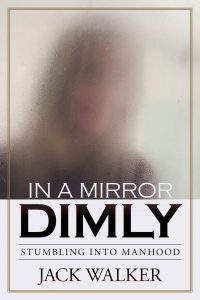 In a Mirror Dimly: Stumbling Into Manhood

This is the second book in Walker’s journey of a boy’s struggle to achieve manhood. We first met a young Walker in the Spring 2019 “On the Bookshelf” with “The Journey Is the Goal,” the inaugural book of his trilogy memoir. Now, the journey continues in Colorado and takes him to the wilds of the Montana Rocky Mountains and well beyond. It also includes his Colorado College years of 1959-62, where he reminisces about his job at a popular Italian restaurant, working on campus, and surviving various legendary classes. Published by Page Publishing Inc., 2019. 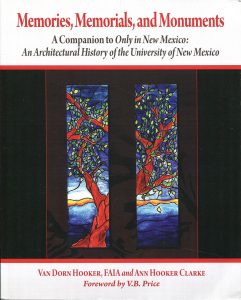 Clarke co-authored and published her late father’s last manuscript as a companion to his earlier work, “Only in New Mexico: An Architectural History of the University of New Mexico,” by Van Dorn Hooker. The companion book provides a compendium of the trees, benches, rooms, buildings, and plazas at the University of New Mexico for whom people were memorialized, short biographical stories, and historical photos. Writes Clarke, “Taken together, the memorials tell a story of the university from its founding that underscores how people give meaning to a campus.” Published by Park Place Publications, 2019. 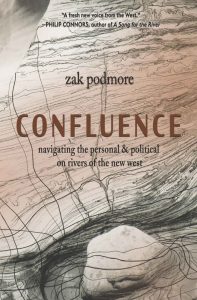 Confluence: Navigating the Personal & Political on Rivers of the New West

In his debut book, journalist and author Zak Podmore uses a mix of environmental reporting, philosophical analysis, and personal storytelling to explore five Western rivers from the Olympic Peninsula to the Rio Grande. Visceral, first-person narratives include a canoe crossing of the Colorado River’s delta during a rare release of water, a kayak sprint down a flash-flooding Little Colorado River, and a packraft trip on the Elwha River through the largest dam removal project in history. “Podmore’s essays resemble Ralph Waldo Emerson and Henry David Thoreau with an extra dose of social, racial and political analysis,” says the Arizona Daily Sun. Torrey House Press, 2019.