One of the most important functions of the Colorado College Alumni Association Council is to recognize the contributions of distinguished alumni, faculty members, and staff to the betterment of society and to the enhancement of the college and its mission. This year, the college honors the following people with these awards, which will be presented during Homecoming and Family Weekend:

The Louis T. Benezet Award recognizes outstanding achievement in one’s chosen field, excellence through unusual success or contribution, innovation, or research that has advanced a profession or a cause, and/or extraordinary contributions and achievements that have improved people’s lives and exemplify the value of a liberal arts education. These attributes characterize the contributions of Louis T. Benezet, president of Colorado College from 1955 to 1963. 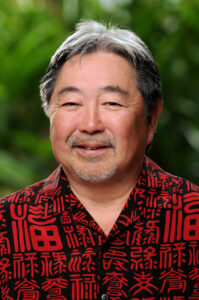 The 2021 Benezet Award recipient is Kelvin Taketa ’76 who has had a long career in the nonprofit sector. He is a national, state, and local leader in philanthropy, environmental preservation and protection, conservation, aquaculture, and education. He started The Nature Conservancy in Hawaii, helping to preserve 42,000 acres of habitat. He led government relations, communications, membership, and development at its headquarters in Washington, D.C., and founded its Asia/Pacific region work. During his tenure as CEO and president of the Hawaii Community Foundation from 1998 to 2017, the foundation created the Fresh Water initiative, substantially reduced homeless families statewide, and worked on public education reform. Taketa founded a private equity firm aimed at increasing aquaculture production.

The NonProfit Times named him one of the 50 most powerful and influential people in philanthropy and nonprofits three times. In 2017, Historic Hawaii named Taketa Kama’aina of the Year, an honor given to a Hawaii resident. He serves on several boards, including Feeding America, Elemental Excelerator, the Hawaii Leadership Forum, Hawaiian Electric Company, the Stupski Foundation, and the Center for Effective Philanthropy. His nominator stated, “The communities we see today (in Hawaii) would be less if Kelvin were not here making a difference.” He earned a law degree from the University of California Hastings College of Law.

The Lloyd E. Worner Award recognizes outstanding loyalty, service, and generosity to the college as evidenced by continuing concern and support for students and the quality of teaching and learning, as well as the general well-being and future excellence of the institution. These attributes characterize the contributions of Lloyd E. Worner, Class of 1942, who served as a faculty member, dean, and ultimately as president of Colorado College from 1964 to 1981. 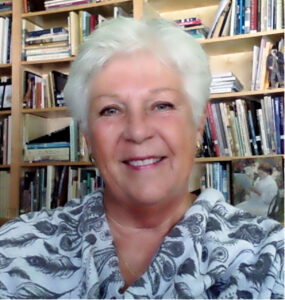 The 2021 Worner Award recipient is Karen Rechnitzer Pope ’70, P’04, an art historian who joined the faculty at Baylor University in 2000. She was a senior lecturer and member of the Allbritton Art Institute. She retired in 2015.

In 1995, she developed Art inSight Inc., Adventures in Art History to share her passion for art history with adults through study tours and visits to art sites and museums in the U.S. and abroad. Her publications include study guides, art reviews, and a book — “Homage to the Creative Spirit: Paintings by Jenness Cortez.”

Pope has served as permanent class secretary for the class of 1970 and as trustee from 2010 to 2016. She endowed a scholarship in art history to assist students with deep financial need.

The Spirit of Adventure Award

The Spirit of Adventure Award recognizes an alumnus/a who exemplifies the unique CC experience through a life of intellectual, social, or physical adventure. These attributes are characterized by the late Robert M. Ormes 1926, a Colorado College English professor from  1952 to 1973 and the inaugural award recipient, who was known as an adventurer of the mind, body, and the spirit. 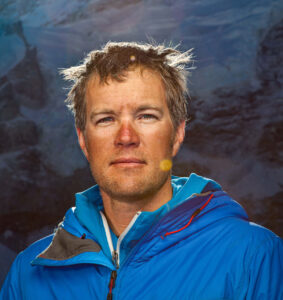 The 2021 Spirit of Adventure Award recipient is Jake Norton ’96, a world-famous climber, mountaineering guide, photographer, photojournalist, filmmaker, philanthropist, environmentalist, and motivational speaker. At CC, he designed his major in South Asian history and philosophy and graduated with honors.

Norton began climbing at age 12 and has climbed the world’s most challenging mountains, including Everest, Denali, Kilimanjaro, Aconcagua, and Rainier. He was on the expedition that discovered George Mallory’s remains on Everest in 1999. In 2014, he was appointed ambassador to the U.N. Mountain Partnership, where he works to ensure mountains, mountain people, cultures, and ecosystems are recognized in international development goals.

In 2011, he started Challenge 21 in partnership with Water for People to raise funds to combat developmental crises in water and sanitation. His 2013 film “The Water Tower” focuses on Mount Kenya and climate change; “Holy (un)Holy River” (2016) documents the criticality of the Ganges watershed. He has been involved in fundraising, reconstruction, and rehabilitation efforts in the aftermath of Nepal’s earthquake since 2015, and he works with dZi Foundation and Nepal Rising to help with Nepal’s COVID-19 wave. His inspirational talks have stimulated interest in mountain issues around the world. Norton has owned MountainWorld Productions since 1999.

The Gresham Riley Award recognizes faculty and staff of the college who have made a significant difference to the college community through outstanding service, commitment, and accomplishment. The continuing concern for and support of students and alumni demonstrated by such individuals ensures the college’s general well-being and future excellence. These accomplishments exemplify the contributions made by Gresham Riley, the 10th president of Colorado College from 1981 to 1992. 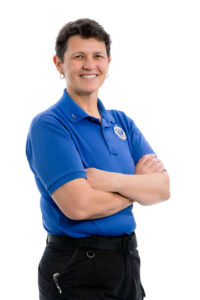 The 2021 Riley Award recipient is Magdalena “Maggie” Santos ’86, director of Campus Safety and Emergency Management at the college since 2015. She earned a B.A. in Spanish Education at CC, graduated from the Colorado Springs Police Department Training Academy, completed credits for an M.A. in education at the University of Colorado, Colorado Springs, and furthered her education through the Center for Creative Leadership and the Rocky Mountain Command College.

Before becoming director of Campus Safety, she served the Colorado Springs Police Department for nearly 25 years following a five-year teaching career in Falcon School District. Using the motto “professional, ethical, responsive, and kind,” she has worked in concert with the Colorado Springs police and fire departments to improve relationships, communications, and response for students, neighbors, and community partners — a blended model that has received national recognition for the college. Santos also serves as COVID-19 emergency manager on campus and helped coordinate donations to Penrose Hospital. She believes that policing is not above the community; rather, it is from the community, and she has exemplified that belief through her work.