After totaling the points across all games in the third annual Division III SCAC Esports Showdown, CC Tigers Esports came out on top, becoming back-to-back champions.

According to Esports Coordinator Josh Lauer ’19, the 2021 SCAC Esports Showdown consisted of eight colleges mainly from the Division III athletics conference, the SCAC. This year, due to COVID restrictions, all finals matches were played online instead of in person. Colorado College was pitted against Concordia University, University of St. Thomas, Schreiner University, Austin College, Hendrix University, Trinity University, and Southwestern University. The SCAC Esports Showdown is treated like a track event, where colleges play in four separate games and total their points across their placements to determine an overall winner. 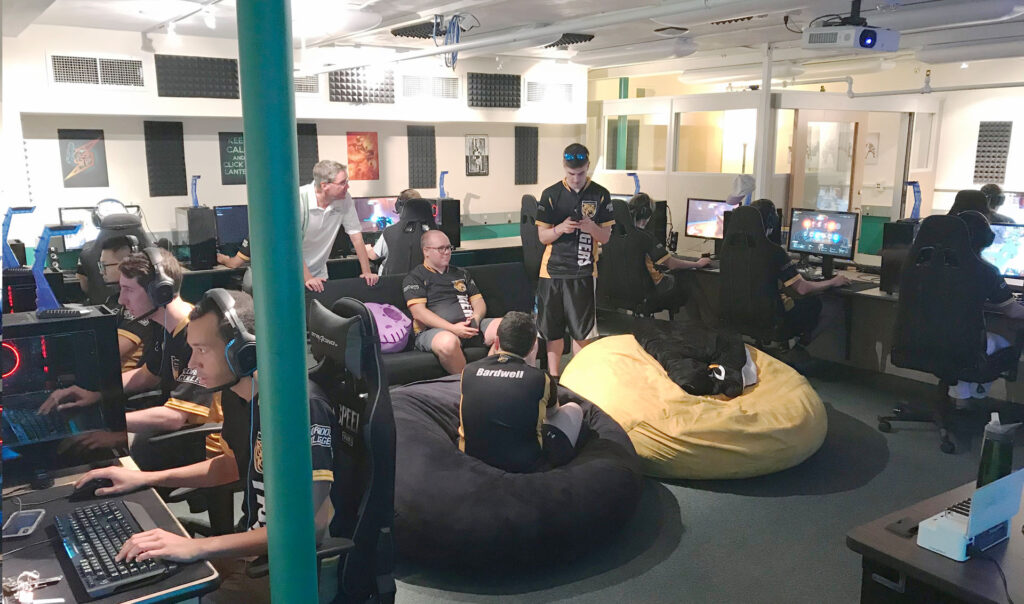 This year, the colleges competed in League of Legends, Overwatch, Rocket League, and Super Smash Brothers.

Lauer says CC unfortunately got out early in League of Legends, placing sixth overall, and lost a nail-biter of a match against Southwestern University, netting fourth place in Super Smash Bros. CC pulled through and came from behind one game to three against Concordia University in Rocket League, getting first place after beating them 4-3 in the best of seven set. CC dominated in Overwatch and took first place after beating Southwestern University 4-2 in the best of seven set.