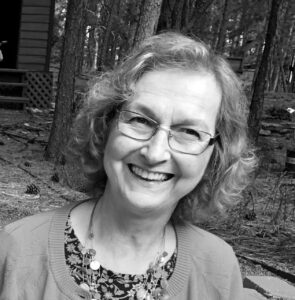 Terry Freeman, former curator of visual resources in the Art Department, died on March 27, 2021, peacefully at her home in Colorado Springs. Terry spent 27 years at CC and supported and mentored generations of students in their study and research, sharing her love of art and art history. She also supported faculty and the Art Department with programming and in many other ways.  Before coming to CC, Terry graduated with a bach-elor’s in art history from the University of Colorado, Colorado Springs. She attended the University of Denver and earned her master’s degree in art history. Upon graduating, she worked at the Fine Arts Center in Colorado Springs as an assistant curator.  While at CC, Terry was critical in helping make the transition from slides to digital format teaching. She loved gardening, sewing, genealogy, painting, and answering obscure “Jeopardy” questions. Being present for her family, friends, and church community was an important source of happiness for her. She is survived by her husband John, her four children ChristiAnn Davis, Drew Freeman, Derek Freeman, and Daryl Freeman, and her 12 grandchildren. 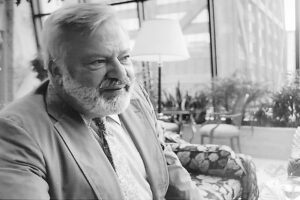 Gilbert Johns, professor emeritus of psychology, died on May 5, at age 89 in Chicago. Gilbert came to Colorado College in 1962 and retired in 1996. During his tenure at CC, Gilbert was tirelessly dedicated to the liberal arts and sciences. An expert in his field of behavioral psychology and experimental psychology, Gilbert was passionate about life and learning. His curiosity drove him on an endless quest for an expansive knowledge base from which he asked probing questions, diving deeply into a wide range of topics. A generalist, he exemplified the best of the liberal arts, co-teaching a variety of classes, including Freedom and Authority. A lover of spirited conversations, gregarious, strongly opinionated, known to be uncompromising upon occasion, charming, astute, and witty, Gilbert delighted in his students, friends, and community. Colorado College was both a village and a world in which Gilbert taught, worked, and lived with extraordinary energy. And for a time, generations of students, faculty, staff, and Colorado Springs community members got to experience the gift of who he was in the world.   Gilbert had high expectations of himself and his students. He was deeply committed to his students, and encouraged the best in them, not letting anyone give up easily. He had clear visions of possibilities and paths forward, even when it wasn’t as clear for a student in the moment. Gilbert’s drive inspired those around him; former students shared that his “gentle pushing” led them to their careers. This drive also helped lead to him to co-founding the Colorado Opera Festival and directing it in 1970, which produced “Così fan Tutte,” and “Turandot,” among others until 1985. He inspired creativity in his role as dean of Summer Session for 15 years, champion-ing the arts (especially music) on campus, and wrote a weekly column for The Gazette critiquing local theatre and arts.  Gilbert found great joy in experiencing life and engaging the senses — in cooking and tasting gourmet food, savoring a Chicago hotdog at a beloved Cubs game; in reading, listening to music, discover-ing new trivia, and exploring Europe. Gilbert stood firmly on the earth, embracing the fullness of who he was, his boldness and beauty of spirit, both of which he shared with us in all that he did. 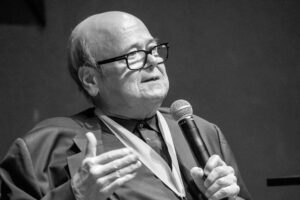 William “Will” S. Smith ’74 passed away on April 7, 2021, in Tulsa, Oklahoma. Will was vice chairman of the board in charge of natural gas contracts, land, and legal work at the family business, Service Drilling Company. He ice-skated in singles and pairs with his sister, Susan Smith Burghart ’77, until college when he became a professional ice-skating judge. U.S. Figure Skating will honor Will as a 50-year judge and a former vice president.   A dedicated philanthropist and longtime supporter of Colorado College, Will was passionate about supporting CC students through scholarships. In recent years, his philanthropy inspired hundreds to make scholarship gifts of their own through two challenges. Together with his sister Susie, Will in 2007 also supported the Edith Kinney Gaylord Cornerstone Arts Center. In 2019, Will received the Lloyd E. Worner Award, an honor that recognizes outstanding loyalty, service, and generosity to the college.  Will also was a benefactor to many nonprofit organizations and community projects in his hometown of Tulsa, Oklahoma, including the “Gathering Place,” Tulsa’s transformative riverfront park. Will has made an indelible impact on his community and CC. 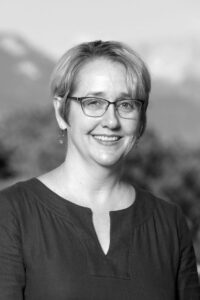 JoAnn Jacoby, former director of Tutt Library between 2017-2020, died on April 3, 2021, in Washington, North Carolina. She was diagnosed with stage IV pancreatic cancer at the end of February. She was only 54.   JoAnn was a gifted librarian and lived a rich and full life. She authored a book, various chapters in conference proceedings and books, journal articles, and presented at several national and international meetings. She was curious and adventurous, loving to explore as she traveled this country and world in depth — from sailing the Ionian Sea to hiking lava fields in the Galapagos to visiting the Bibliotheca Alexandrina in Egypt to kayaking in Alaska. She even discovered a species new to science, a cave-adapted springtail from Belize, Trogolaphysa jacobyi.

Before coming to CC, JoAnn was on the staff at the University of Illinois as an assistant librarian at the Illinois Natural History Survey Library. Her roles there varied from anthropology and sociology subject specialist, assistant professor, associate professor, head of research and information services, associate university librarian for user services and associate dean of libraries.   JoAnn was generous with her time and empowered students as a supportive mentor, leader, and supervisor. She listened intently and created dynamics that broke down traditional patterning often found among hierarchical leadership. She had the rare ability of being able to be fully dedicated to her work and equally committed to life outside work.

She invited us to remember our lives are multi-dimensional and it’s important to have space for these dimensions, too. 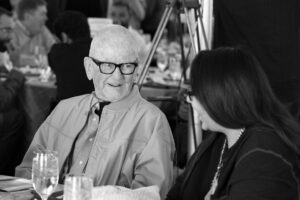 Carl Lester Roberts Jr., professor emeritus of psychology, died in Colorado Springs  on April 2, 2021, after a short illness. He was 94. Carl was at CC from 1957 to 1992 and played a key role, along with other faculty, in forming the Psychology Department with a behaviorist focus. He was department chairman from 1958 to 1977. Carl was known for passionately engaging students and colleagues in healthy debate, and he empowered generations of committed behaviorist psychologists, teachers, and researchers around the world.  Carl played on the faculty hockey team, was on the softball team, and acted in several plays at Colorado College. He was a fanatic fly fisherman, tying his own flies and fishing the world over. He also was an artist specializing in watercolors and applied the solitude and beauty of fly-fishing to his practice of painting. After macular degeneration robbed him of these hobbies precious to him, he did not let it stop him from volunteering with the Sand Creek Library and many other social and environmental causes. Both he and his wife, Shirley, had long commitments with the El Paso County Democrats. Carl also served on the board of directors with Trout Unlimited and the Pikes Peak Library District.  One of the many generous gifts Carl left the college includes The Carl L. and Shirley L. Roberts Endowed Scholarship he created. This scholarship is used to provide scholarships to Colorado College students who have deep financial need and/or who are part of the first generation in their family to attend a four-year college or university and have demonstrated financial need.  Carl was preceded in death by his wife, Shirley, and is survived by his daughter, Barbara, of Fruita, Colorado.