Two members of the Colorado College community who served in interim or acting roles during the past year have been promoted. Mike Edmonds, who served as acting co-president, has been named senior vice president and chief of staff. Rochelle T. Dickey ’83, P’19, who served as interim dean of students/vice president for Student Life, was named  to the position permanently. Both promotions became effective July 1. 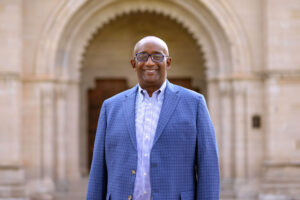 Edmonds has more than 30 years leadership experience at CC, and will play a key role as President L. Song Richardson’s strategic advisor and principal aide, supporting and carrying out the college’s goal and objectives. The first Black leader to serve as president in the college’s history, Edmonds will be integral to advancing the college’s major institutional initiatives, including the Antiracism Implementation Plan.

He will join Richardson and college leadership in strategic planning, policy development, and decision making, and advance college priorities and initiatives that involve local, state, and external agencies. Additionally, he will serve as the president’s representative on key college committees and constituent groups, as well as lead special projects and committees when appropriate. He also will oversee the Colorado Springs Fine Arts Center alliance.

Edmonds knows CC, its students, faculty, staff, alumni, board, and community well. While in Student Life, he was dedicated to improving the student experience, residential life, student opportunities, campus safety, and career planning. He has strong ties in the Colorado Springs community, having worked with leaders and partners in the city and region and serving on many area boards. 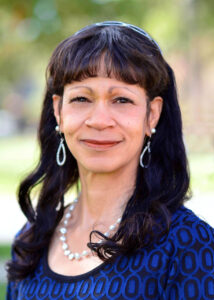 Dickey served in the acting capacity as dean of students/vice president for Student Life for the past year, leading her team and guiding students through a highly challenging time of pandemic, protocols, quarantines, and disruption to students’ lives. Throughout that time, she focused on students’ safety, connectedness, and well-being.

Her commitment to antiracism, diversity, inclusion, equity, and belonging have been steadfast through the decades. She received the Victor Nelson-Cisneros Award for her commitment to diversity and inclusion for all members of the CC community, and an Urban League Service Award for commitment to the welfare of minority students. She was honored with three awards from the NAACP: the Community Education Award, Freedom Fund Award, and an award for enduring support of civil rights and social justice.