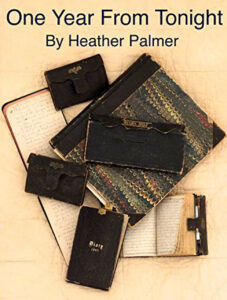 One Year From Tonight

How could Emily, aged 25 in 1864, decide what to do with her life when there were so many possibilities? The world she had been reared to expect had been changed forever by the Civil War. Incorporating the full text of an actual 1864 diary, the novel tells the story of the choices Emily made as she found her place in a new world. Palmer says students read an 1864 diary in a college history course she taught and were shocked by the choices the diary’s author made, so Palmer wrote this novel to explain Emily’s choices. Palmer also has visited CC History Professor Carol Neel’s classes, discussing how readers imagine experiences from historical diaries. Published by Heather Palmer, 2020. 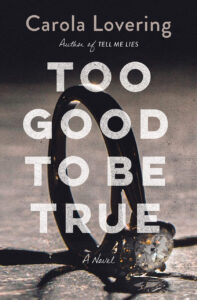 Too Good To Be True

A cat-and-mouse thriller filled with twists and turns, Kirkus Reviews says, “The second novel from Lovering more than lives up to the promise of her debut, ‘Tell Me Lies’.” Skye Starling may have it all, but her OCD has been a relationship deal-breaker. When Skye meets Burke Michaels, the stage is seemingly set for a fairy-tale story. But multiple voices in this narrative suggest all may not be well: Burke’s diary entries, written at his marriage counselor’s behest — yeah, he’s married (revealed early on); Skye’s former toxic boyfriend; and a decades-earlier narrative by Burke’s wife confounds the plotline. Nested in this tale is a none-too-gentle critique of our system’s social and economic inequities. Published by St. Martin’s Press, 2021. 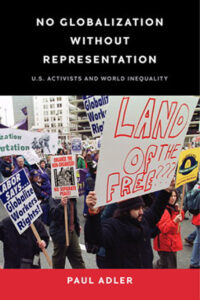 No Globalization Without Representation: U.S. Activists and World Inequality

The book chronicles how U.S. consumer and environmental activists became significant players in national and world politics in the late 20th century. From boycotting Nestlé to lobbying against NAFTA to marching in the Battle of Seattle, the book shows how a progressive coalition arose demanding alternatives to neoliberal globalism. The book also illuminates how professionalized organizations became a critical part of liberal activism — and how that has affected the course of U.S. politics to the present day. Published by University of Pennsylvania Press, 2021. 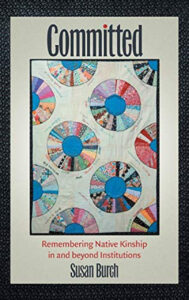 Committed: Remembering Native Kinship in and Beyond Institutions

Between 1902 and 1934, the United States confined hundreds of adults and children from dozens of Native nations at the Canton Asylum for Insane Indians, a federal psychiatric hospital in South Dakota. But detention at the Indian Asylum, as families experienced it, was not the beginning or end of the story. For them, Canton Asylum was one of many places of imposed removal and confinement, including reservations, boarding schools, orphanages, and prison-hospitals. Drawing on oral history interviews, correspondence, material objects, and archival sources, Burch, director of American Studies at Middlebury College, reframes the histories of institutionalized people and the places that held them. Published by University of North Carolina Press, 2021. 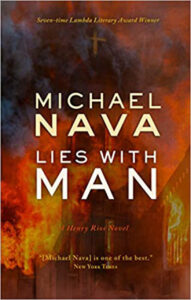 The eighth in the Henry Rios mystery series, the book is set in 1986 Los Angeles, where a group of right-wing Christians has launched a ballot initiative to allow health officials to force people with HIV into quarantine camps ― and it looks like it’s going to pass. Rios agrees to be counsel for a group of young activists who call themselves QUEER (Queers United to End Erasure and Repression). QUEER claims to be committed to peaceful civil disobedience. But when one of its members is implicated in the bombing of an evangelical church that kills its pastor, who publicly supported the quarantine initiative, Rios finds himself with a client suddenly facing the death penalty. Published by Amble Press, 2021. 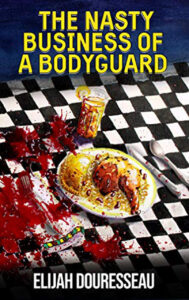 The Nasty Business of a Bodyguard

Los Angeles chef Alvin Gates is an ambitious culinarian with a flair for Caribbean cooking and promoting his cultural food roots in the West Indian diaspora. And, he’s just landed a job cooking for business executive Jasmine Benjamin, aka Coco. The FBI soon shows up, cornering the young cook to become their eyes and ears on the inside of Coco’s operations. The FBI could not be more clear: The nation’s safety and future are in the hands of a guy who just wants to rock the socks off his client with good food. But he will have to don more than a chef’s hat if he wants to survive his undercover foray into the sophisticated crime underworld. The book has an accompanying Spotify playlist. Published by Elijah Douresseau, 2021.