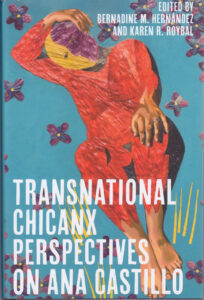 For more than 40 years, Chicana author Ana Castillo has produced novels, poems, and critical essays that forge connections between generations; challenge borders around race, gender, and sexuality; and critically engage transnational issues of space, identity, and belonging. Her contributions to Latinx cultural production and Chicana feminist thought have transcended and contributed to feminist practice, ethnic literature, and border studies throughout the Americas. The book, co-edited with Bernadine Hernández, assistant professor of American Literary Studies at the University of New Mexico, is the first edited collection that focuses on Castillo’s work, which directly confronts what happens in response to cultural displacement, mixing, and border crossing. Published by University of Pittsburgh Press, 2021. 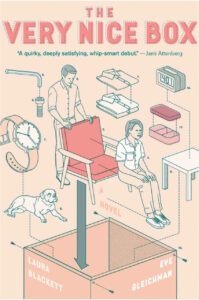 By Laura Blackett ’13 and Eve Gleichman

This book has it all: humor, social commentary, hilarious subway ads, new relationship vibes, toxic males who come to harsh ends, and more. It follows Ava, a product engineer at a slick furniture company. She’s hard-working, obsessive, and heartbroken from a tragedy that killed her girlfriend and upended her life. When Ava’s new boss — the young and magnetic Mat Putnam — offers her a ride home one afternoon, an unlikely relationship blossoms. But Mat isn’t who he claims to be, and the romance takes a sharp turn. The book is a funny, suspenseful, bitingly satirical debut — with a shocking twist. It’s at once a send-up of male entitlement and a big-hearted account of grief, friendship, and trust. Published by Houghton Mifflin Harcourt, 2021. 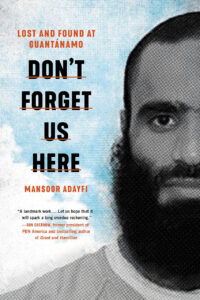 Don’t Forget Us Here, Lost and Found at Guantánamo

By Mansoor Adayfi and Antonio Aiello ’94

At the age of 18, Mansoor Adayfi left his home in Yemen for a cultural mission to Afghanistan. He never returned. Kidnapped by warlords and sold to the U.S. after 9/11, he was disappeared to Guantánamo Bay, where he spent the next 14 years, held without charges, as Detainee #441. Mansoor survived the camp’s infamous interrogation program and became a resistance fighter leading prison riots and hunger strikes. While at Guantánamo, he wrote a series of manuscripts he sent as letters to his attorneys, which he then transformed into this book, written in collaboration with Aiello. Through his story, he also tells Guantánamo’s story, offering a window into one of the most secretive places on earth. Published by Hachette Books, 2021. 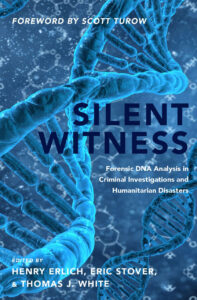 Since its introduction in the late 1980s, DNA analysis has revolutionized the forensic sciences: It has helped to convict the guilty, exonerate the wrongfully convicted, identify victims of mass atrocities, and reunite families whose members have been separated by war and repressive regimes. Yet many of the scientific, legal, societal, and ethical concepts that underpin forensic DNA analysis remain poorly understood. Told by more than 20 experts in genetics, law, and social science, “Silent Witness” relates the history and development of modern DNA forensics and its application in courtroom and humanitarian settings. Stover is the faculty director of the Human Rights Center at the University of California, Berkeley, School of Law. Published by Oxford University Press, 2020. 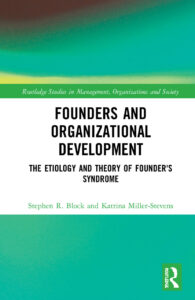 Founders and Organizational Development: The Etiology and Theory of Founder’s Syndrome

Miller-Stevens’s second book is designed to help today’s researchers, faculty, students, and practitioners become familiar with the causes and dynamics of Founder’s Syndrome as an organizational condition challenging nonprofit/nongovernmental, social enterprise, and for-profit and publicly traded organizations. The book uses applied social and psychological theories to peel away the layers of an organizational enigma. It reveals three causes of Founder’s Syndrome and provides insight into the power and privileges assumed by founders who engage in undesirable and self-destructive behaviors leading to their termination. Insight is provided into accounts of well-known founders who were terminated or forced to resign. Published by Routledge, 2021. 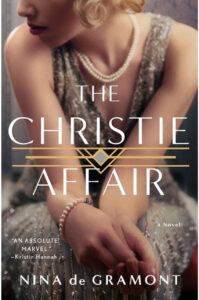 De Gramont’s book is a reimagining of mystery writer Agatha Christie’s famous 11-day disappearance in 1926. Having announced his intention to divorce her so he could marry his mistress, Archie Christie took off to spend a weekend in the country. Sometime that night, Agatha left home, abandoning her car beside a nearby chalk quarry with a suitcase full of clothes (but taking her typewriter). Eleven days later, she turned up at a spa hotel in Harrogate, having signed in under the name of her husband’s lover. Based on those facts, de Gramont weaves imagined storylines for both the mistress and the writer, converging at the spa hotel. Published by St. Martin’s Press, 2022.

One Response to Bookshelf