Growing up in Greeley, northern Colorado, the life of Diane Brown Benninghoff ’68 could have taken any number of different turns. A bright student, she was no stranger to academic work and motivation. Her family anticipated her living at home and attending the University of Northern Colorado, instead of coming to Colorado College.

She arrived on campus in the fall of 1964. What follows from that fateful arrival is an over 50-year connection to the college that has grown.

“The best thing about Colorado College is that I got to cultivate relationships and connections that have lasted my whole life,” says Benninghoff on a sunny morning at Wooglin’s Deli, half a block south of Armstrong Quad. “I met my husband (Ted Benninghoff ’68) there in my freshman year, for example.” 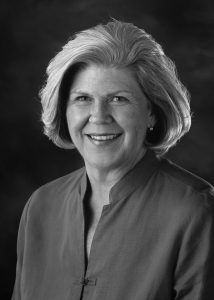 Benninghoff’s deep connection and attachment to Colorado College very nearly didn’t happen at all. Initially, CC was out of the question for Benninghoff. Her parents’ combined household income was in the region of $10,000 a year, so without financial help she wouldn’t be able to go. She had applied to “virtually every college in the state” including the University of Colorado, University of Denver, and CU-Boulder, but CC was her favorite and first choice. Her hometown friend Terry Winograd ’66, returning from his freshman year at CC, cajoled her into applying to CC – “You have to go to CC,” he said, says Benninghoff

Receiving a Boettcher Scholarship changed everything. It afforded Benninghoff the possibility to pursue a CC education and begin her CC experience. A fine arts major at CC with a drama concentration, Benninghoff’s plan was to become a high school drama teacher after college. That didn’t pan out, despite her having gone on to earn her Master’s in Theatre as well as a high school teaching certification at UNC.

“I applied for a role at District 11 here in Colorado Springs,” says Benninghoff. “I was told that my grades were too high! Too high — can you believe that?”

Shut out of her first choice, Benninghoff took another route — one that would lead her back, in time, to Colorado College. KKTV, the CBS-affiliate TV station in Colorado Springs, had an opening in their traffic department. Benninghoff, having taken a television production course in graduate school, applied and was soon preparing daily traffic logs organizing when various programs and commercials would run.

“I stayed for 15 years at KKTV,” Benninghoff says. “I worked in traffic, weather reporting, copywriting, did voice-over work, had my own talk show, directing several shows, and was the promotion director for years as well. I basically did every job except engineering and bookkeeping.”

During her time at KKTV, Benninghoff became something of a local media icon, winning awards from the Colorado Broadcaster’s Association and founding the Pikes Peak Chapter of the American Women in Radio and Television.

Benninghoff’s time at KKTV was that of a changemaker – oftentimes just by being there, just for showing up.

“When I started at KKTV, there were certain roles that women couldn’t do, weren’t allowed to do. Men were worried about the language that women might hear in certain areas of the workplace,” she remembers.

“In a sense women couldn’t do something until one of us just did it, and I was proud to be that woman at KKTV who just did the work.”

Known to Colorado Springs viewers for her reporting and her daily 30-minute talk show that aired five days a week for years, Benninghoff later began teaching advanced television production at Pikes Peak Community College and then the University of Colorado at Colorado Springs — fulfilling her ambition from earlier years to share her passion for learning and critical thinking.

Moving on from KKTV, Benninghoff shifted fields and sectors (“and paychecks,” she says) by serving for three seasons as the executive director of the Colorado Opera Festival, from 1983 to 1985.

“The opera festival actually started at CC in the early 1970s,” she explains. “It was part of a Summer Session program, initially.”

“That job was the hardest job I’d ever had. We had to upscale from 700-seat Armstrong Theatre at CC to the newly built 2,000-seat Pikes Peak Center. Selling tickets in that quantity was tough work. We tried to convince people that liking opera was okay to do, so we put on a lot of the classic operas to attract attention.”

One day, Benninghoff got a call from her friend Barbara Yalich ’53, informing her that a role had opened up at CC — the director of alumni relations.

“I had lunch with Barb and Dick Chamberlain, then the VP for development, and they offered me the role. I’d never, ever thought I’d work at CC. As a student, you never really understand that there are staff there as well as faculty and students; administrative roles just don’t come into your world that often.”

Beginning her new role at CC on December 9, 1985, Benninghoff reacquainted herself with a college in transition.

“Barb had fought through the processes of creating the Tutt Alumni House, but during my first week we were still in Cutler Hall — packing up the office to move. That second week, we moved into Tutt House, then had Winter Break and then settled into Tutt properly in January,” Benninghoff recalls.

“We had five black metal desks, one computer, and loads of IBM Selectric typewriters. It was nothing like the operation that exists today. I had to furnish the whole house, there was nothing more than folding chairs in Tutt,” she remembers.

In her work at Colorado College, Benninghoff grew her office from five desks to an entire team, assisting other departments across campus in coordinating the participation of alumni and alumni volunteers in admission, career advising, and development areas. Additionally, her role saw her work directly with alumni for board work, faculty committee assistance, reunion events, class officers, and planning the Alumni Leadership Forum and the alumni awards program.

“I made new best friends all the time,” beams Benninghoff. “That was the nature of the work, forming those connections and relationships, finding your people.”

One such person was Sharon Oleszek, office supervisor of the Office of Alumni Relations.

“I had the opportunity to work for Diane as office supervisor at Alumni Relations for several years,” she says. “Diane was an extraordinarily intelligent and talented leader who, with her warm, unassuming, and friendly manner, made the working environment enjoyable as well as achieving a high level of staff performance. I can’t say enough about my admiration of Diane, who still is a treasured friend of mine.” 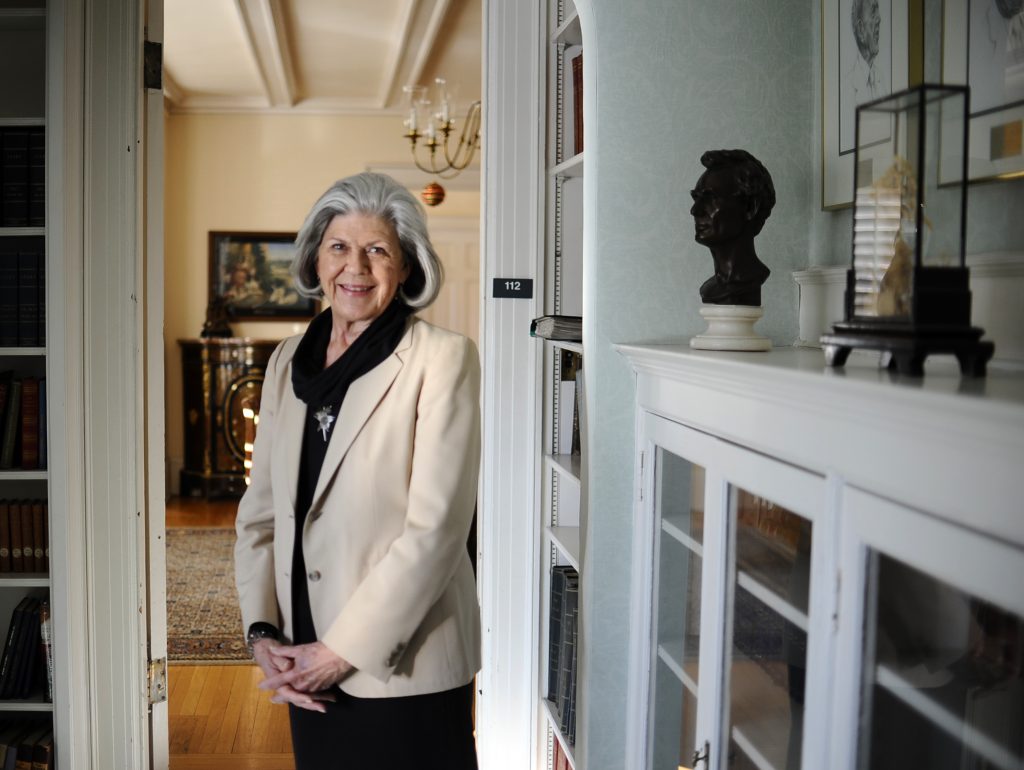 Benninghoff continued to find her people at Colorado College until 2014, when she retired from the college. Continuing her role in Alumni Relations and into the latter role of assistant VP for advancement, Benninghoff’s contributions to her alma mater continued. She became a friend and mentor to many within the CC community, and her river running (rafting) trips throughout the Southwest became legendary.

In finding her people, Benninghoff also found herself. Over the years, Diane and Ted’s greatest passions have been running rivers together, something they’ve been doing since 1972. In the late 1980s, Benninghoff began leading alumni and parent trips down the Yampa, Middle Fork of the Salmon, and Colorado rivers, making at least 15 trips over the years — something she still loves to do.

The rivers have given her rewards beyond the running, as well. She’s not only a runner of rivers, but a writer of them, as well — a river poet.

“Jane Hilberry (professor of English) encouraged me to write what I saw and felt,” Benninghoff says. “She told me to use concrete language, and that really helped. It’s something I do for me, that helps me.” She has written four books of poetry, “Anticipation: Poems of the River,” “Alone Together: More Poems of the River,” “Anticipating More: Poetry of the Grand Canyon,” and “Like a Moth.”