Professor Emerita Judy Laux ’77 is an institution all her own, here at Colorado College. A CC staple since she first walked onto campus in 1973, Laux has been teaching economics and business at the college since 1979, and she has — in her own words — “loved every minute of it!”

Born in 1955 in Greenville, Ohio, to a mason father and a saleswoman mother, Laux is the youngest of four children. Her early memories of Ohio are of “mom’s sales parties, my grandmother’s upholstery factory,” both hardworking women who instilled those values of grit and hard work in Laux from a young age.

When she was nine, the family moved to Colorado. Moving around was the norm for the family, with Laux attending “three different 4th grade classes” but loving the “small towns, good schools” of the Rocky Mountain West. A prolific learner from the outset, Laux graduated from Hotchkiss High School as valedictorian — one of 49 in her graduating class, the largest Hotchkiss had seen in years.

The summer after graduation, Laux traveled for three weeks to Norway, Sweden, Denmark, Holland, Germany, and Switzerland as part of the United States Honor Band, as one of the clarinet players. Funded by her Hotchkiss community, Laux’s summer abroad was the experience that “made me fall in love with travel” — a passion she’s continued to explore and immerse herself in for her entire life.

Following her adventures abroad, Laux interviewed for a Gates Scholarship to attend Colorado College. “Mom had to drive me the four hours to Denver for the interview,” she remembers. Surprising nobody, she got the scholarship — $1,500 per year — almost half a year’s tuition at CC in 1973.

“I was so excited when I found out that CC sent a letter granting me the remaining balance of my tuition, room, and board — I was in!” she says. “I was so excited that I drove up and down the main street of Hotchkiss in my 1967 Barracuda waving the letter!” 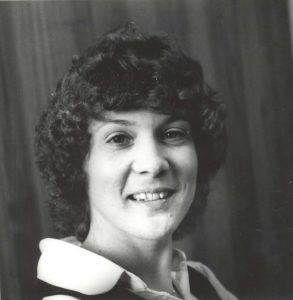 Arriving at CC in 1973, Laux was a first-generation student at the college. Choosing to earn her degree in Business Administration, she also took 14 blocks of English, “my second love,” she is quick to add. A true liberal arts student from the start!

“I loved, and still love, economics because of the process,” she says. “I love predicting what will happen next, using the context of the past for data.” Exploratory and relentlessly curious, Laux was picked by professor Bill Barton ’57 to work in the department as a student — helping with course load management, scheduling, and so on. Barton also introduced her to the Women in Management Program at the Keller Graduate School of Management between her junior and senior years at CC, which “ended up being an incredibly rewarding experience, one that really helped me,” she recalls.

“On a layover, I decided to drop by and visit my old department, to say hi to some of the faculty,” she remembers with a smile.

“Bill Barton, still there, asked me if I would be interested in returning to CC (after my MBA) to teach accounting! I was so thrilled, I could’ve made it to the Western slope without a flight.”

The following spring, after finishing her study at DeVry, Laux returned to her alma mater to teach, taking up a post in August of 1979. She’s been here ever since.

“I wasn’t nervous at all,” she says, when asked about her first class back at CC. “I stepped in front of the class (Principles of Accounting) of 33 students and loved it from the beginning!”

At just 24, some of Laux’s students were older than she, but that didn’t stop her forming a close bond with many of them; she was eager to remove the lectern barrier and embrace the more personal teaching style of the college that she’d loved so much as a student.

Inexhaustible as ever, Laux recalls her early career fondly. “I was working full time, teaching various courses in accounting, working in the Writing Institute for a summer, teaching co-taught classes between economics and English and so on, but I still found the energy to begin my Ph.D. at the University of Colorado in Boulder!”

Commuting to and from Boulder for classes when she could, Laux’s Ph.D. took 10 years —nothing to sniff at, given her full-time workload at CC, as well as starting a family and continuing to travel. She finished her degree in 1990, all the while remaining a vital part of the teaching community here at CC.

Serving as a department chair for three years, Laux’s service to the college is nothing short of incredible. In her 37 years, she has been a part of 13 committees, numerous searches, a Presidential Commission, a reunion co-chair, and she assisted in bettering the college’s healthcare systems, advising countless students, and participating in the First-Year Experience for incoming students.

In 1996, Laux was promoted to full professor of economics and business economics. Devoted to her teaching, Laux’s scholarship interests developed later in her career, when she decided to focus on “theoretical and conceptual aspects of accounting and finance.” As with most things she set her mind to, Laux’s scholarship was stellar. Presenting at numerous national and international conferences over the years, her senior thesis students often presented alongside her — such was the quality of their work, supported by Laux’s effervescent and infectious style of teaching.

The recipient of numerous prestigious research grants, including departmental support in the form of the Chapman Fund, Laux received the Sidney G. Winter Award for Outstanding Teacher of Economics and Business Administration three times, as well as several endowed professorships, including the John Lord Knight, Schlessman, and Bill Barton professorships – each of which helped “provide funding and support for my research and conference travel.”

Beyond the classroom, Laux is a prominent musician in the Pikes Peak community, and over the years she has played in numerous musical groups including the Colorado Springs Concert Band, the Pikes Peak Musicians Union Band, and the Pikes Peak Civic Orchestra. Playing the clarinet, hand bells, and singing, Laux’s music now plays a larger role in her life since her retirement at the end of the 2016-17 academic year.

“I’m really enjoying retirement with my husband Bryan,” she says. “Life is full, with travel, reading, musical groups, and spending time with family and friends.”

“I also want to pick up my guitar again, fine tune my clarinet playing, and write on subjects that aren’t related to business at all! I’ve got a long bucket list, and now I have the time to check things off! The tree of life is full and growing well. I’m loving it!” 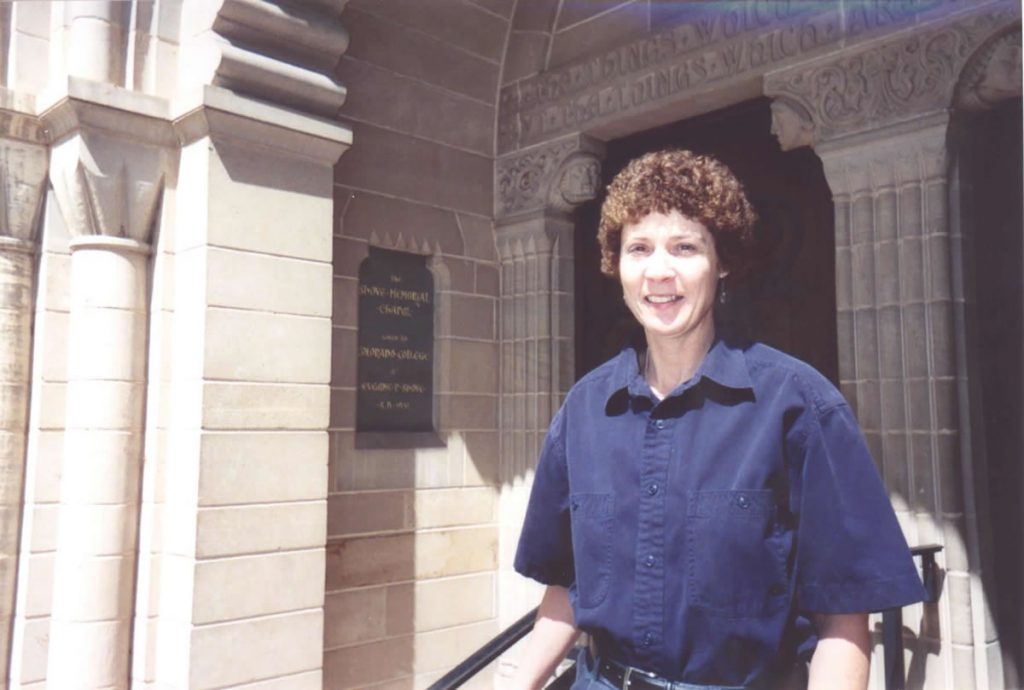 On behalf of a grateful community, all of us at Colorado College would like to wish Laux well with her retirement. If you have any stories or memories to share about her from over the years, please get in touch!