Cresting the hill of Mesa Road on Colorado Springs’ west side, it’s not hard to see why Laurel McLeod ’69 has long been in love with CC and the college’s stunning location. Her house was designed by Elizabeth Wright Ingraham, a local architect and pioneer of CC’s long-running summer “Crossroads” program, which brought international students to CC for an immersive summer experience. The CC connection, then, exists in both the personal and professional for McLeod.

Moving to Colorado Springs from the Bay Area when Laurel was 9, the McLeod family settled into a post-war community that was growing and on the cusp of major changes. Her parents’ “college” education was the Great Depression itself.

When it came to choosing a school district, the McLeod parents chose Cheyenne Mountain, the best prep school in the city at the time. The act of choosing plays a big role in Laurel McLeod’s arrival at CC.

“My parents said I had to go to CC. It was the 1960’s, so naturally I went to DU instead! That was a secret when I started at CC,” she laughs.

DU didn’t last. She followed her younger brother Scott McLeod ’71 to CC, after a year studying in Switzerland and the French Riviera, McLeod found CC to be an “entirely different place, so challenging.”

“CC became interlaced with my life, from when I was a student and through my career as an administrator, and now as a retiree” she says.

“It was such a thrill, to take the jump into such a rich, intellectually stimulating life. It’s a life that I’ve loved since I first set foot on the college campus.”

“I was SO naïve. When I called my mother to ask about Phi Beta Kappa’s $15 membership fee, she burst into tears – knowing before I did, the honor it represented.”

As an upperclassman, McLeod moved – “illegally, by CC rules” she adds – away from campus, got a part-time job, and commuted to and from work using the local bus network. As she puts it – “it was the 1960s, and I thought campus living restrictions were too confining!”

After her graduation, McLeod taught English at Lycee Marie Curie in Tarbes, France, then French at Cheyenne Mountain High School for six years. Enrolled in CC summer session’s Master in Arts of Teaching French, she completed the MAT degree in 1975. 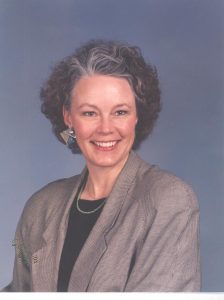 Remaining involved in CC Summer Session, she assisted in the Francophone Institute. Then she was invited to join the college full-time in 1976 as the assistant dean of Summer Session.

McLeod was uniquely positioned to take on an impactful and important role at the college. Her promotion to dean of women in 1977 meant a return to a changed, still evolving, college.

“In the 70’s CC was adapting to the Block Plan and struggling with seismic changes in student life overall.”

Back in 1964 when I went to college, women students had been treated quite differently from men: They couldn’t wear jeans to class, dormitory curfews were strictly enforced, parental permission was required for weekend leave,” she explains.

“Health center records were not private, and abortion was still unavailable. In fact, a friend of mine from high school helped run cars with pregnant women down to Mexico where it was legal.”

“Today the ’60s look free,” she adds, “with our flower power memories, but it takes a long time for structures in societies – and in colleges – to adapt.”

As the last person to hold the title of dean of women in the college’s history, McLeod and her work went a long, long way to making just those changes in the college and its structures.

“When Lew Worner, the college president at the time, called me into his office to offer me the role, it was a secret. I was thrilled, but once the news spread it took a lot of managing expectations and reactions to smooth things over.”

“I was a young appointee to the position,” she explains when asked why things needed smoothing over. “Students had not been included in my selection! In fact, they weren’t even informed of the departure of my predecessor Dr. Elizabeth (Lib) Sutherland. Student involvement in decisions that directly affect them was a logical, but new, modus operandi. The times brought a lot of change for the campus to take in, in a short period of time.” 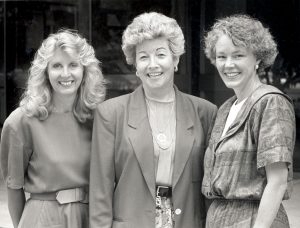 Her work was never dull, addressing everything from student life policy to individual problems and crises to campus adaptations.

“Work in student life is largely personnel work,” she explains. “It is at a crux of values issues, things people may not want to hear, and process. My decisions were sometimes not popular, but I always tried to be fair and ethical.”

The college relaxed over time. Dormitory rules for women were abolished, and co-ed halls introduced, the dress code and curfews went away, Title IX changes were implemented – and the community was safer the more integrated it became. McLeod’s role evolved as well. She transitioned into the dean of students role in 1983, and then to vice-president for student life in 1991.

Accompanying a growing career, McLeod also nourished her passions for the outdoors, community service, and further education. An avid outdoorswoman, backcountry skiing and hiking Colorado’s 14’ers, McLeod’s membership in the Colorado Mountain Club was something of a no-brainer.

Preparing to be dunked at a Circle K fundraiser, April 1991.

On the into the tank! Circle K fundraiser, April 1991.

Memberships with perhaps less-glamorous views but just as much impact across the community include the League of Women Voters, presidency of the Colorado-Wyoming Association for Women Administrators and Counselors, and selection to the Women’s Forum of Colorado.

Though she retired from the college in 2007, McLeod has maintained a strong bond with CC ever since she set foot on the campus as a student in 1969. Her niece Dana McLeod ’04 and daughter Kelsey McLeod Wright ’08 join her in gratitude to CC.

In 2011, she and her husband, Jim Allen, donated the 8-foot-tall, brightly painted butterfly sculpture that sits at the Colorado College Children’s Center. As a member of the first committee that sought to establish an on-campus child care center, a single mother, and the first CC woman administrator to continue working after having a baby, McLeod recognized the need for such a center as a vital part of the college’s future.

Now 70, she and her family continue to volunteer in the Colorado Springs community – with the Colorado Springs Rotary Club, the C.S. World Affairs Council, the Palmer Land Trust, and various women’s groups. Travel, both domestic and international, continues to thrill her.

“I’m actually going to France again this fall,” she casually mentions. “I love to keep speaking French, to visit my friends from when I lived and worked abroad.”

“That’s CC’s great legacy with me,” she says.

“Those connections and that community – I still get great intellectual stimulation from the college today, the events it hosts. It’s improved so much since the ’60s, from the Block Plan to its reputation, but the core of its identity as a liberal arts educational institution remains the same.”

One thing is for certain – CC would not be the place it is today without pioneering and fearless graduates, and administrators, like McLeod. 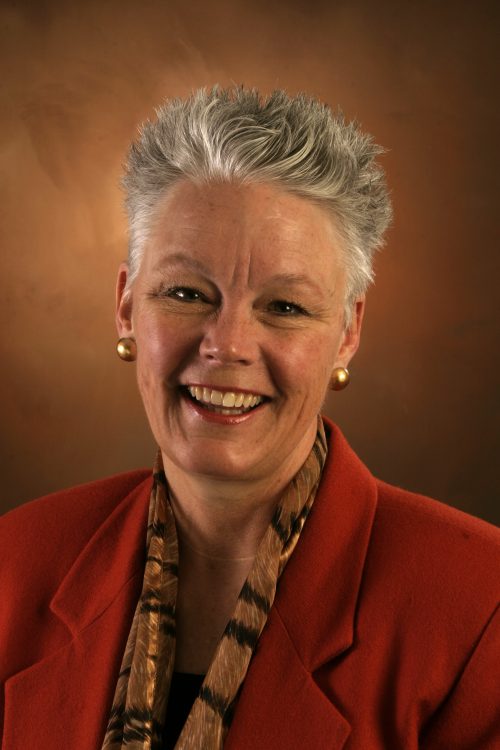 Please, share your anecdotes and recollections about this wonderful member of our community!