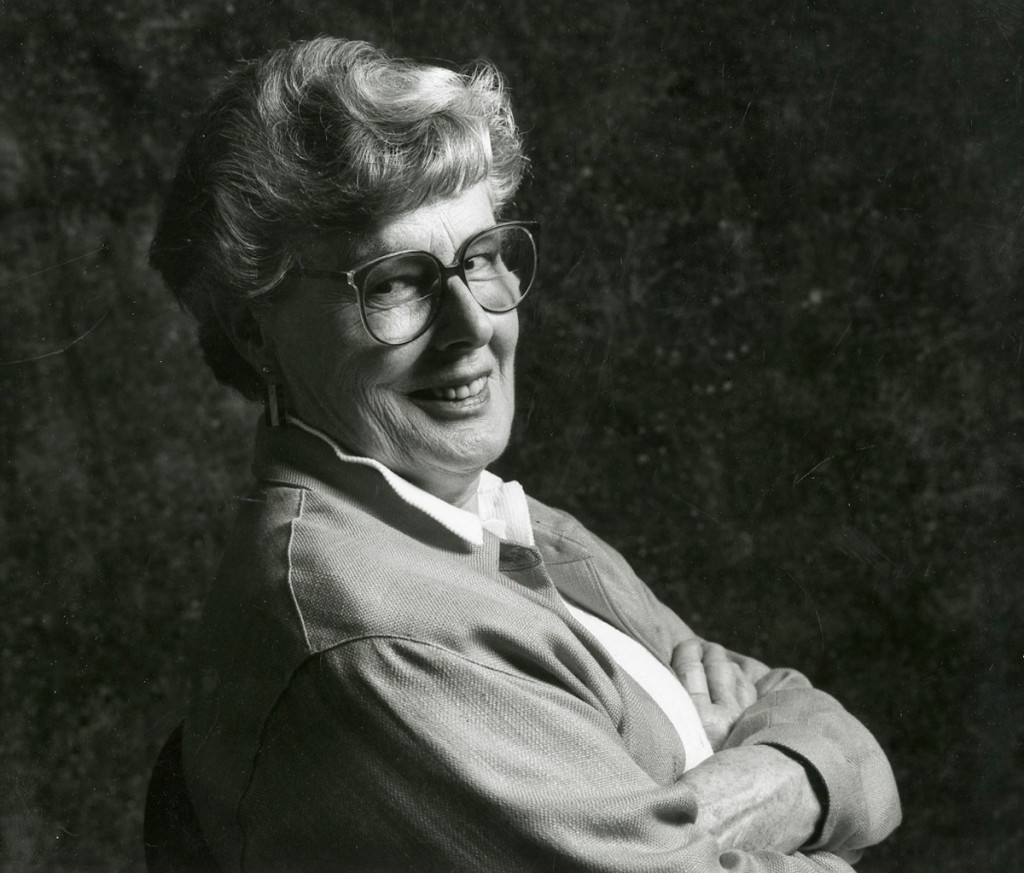 At CC, we talk a lot about “pioneering spirit.” Our history demands it, our location inspires it, our way of learning embraces it. The life and career of Professor Emerita Jane Cauvel embodies that pioneering spirit, perhaps more than any other professor in the history of the college. 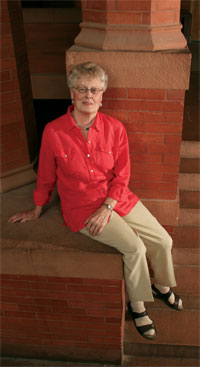 With a career spanning eras of great change for the college and the world, Cauvel’s legacy as a brilliant trailblazer is assured. The native of Walla Walla, Washington, armed with degrees from Washington State University (B.A., 1951) and the University of Hawaii (M.A., 1953), joined the Colorado College Philosophy Department in 1960. She was the first woman to be hired by the department, toppling the first of many barriers in her career.

Brought to CC to introduce Asian philosophies to the college, Cauvel swiftly revitalized the scope and depth of the department. Earning her Ph.D. from Bryn Mawr College in 1962, Cauvel’s star rose quickly at CC. In the early-1960s, deluded and discomforted by traditional patterns of western dominance across numerous fields, many young students began to take an interest in Eastern philosophies. Cauvel was instrumental in bringing these traditions of thought to the college, actively supporting the formation of the Asian Studies program at Colorado College — first offered in the fall of 1964. Furthermore, Cauvel helped pioneer the Women’s Studies program at CC, which later became the Feminist and Gender Studies Department that exists today. 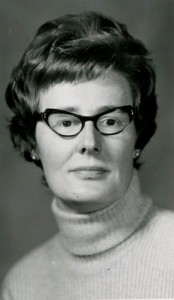 In 1968, Cauvel broke ground again — becoming the first woman to chair the department. She held this position until 1974-75, when she was awarded the prestigious Benezet Faculty Rotating Fellowship. This fellowship allowed Cauvel to take the year off to study interdisciplinary programs around the country, assisting both her own teaching as well as the improvements that Colorado College continued to make. A big supporter of interdisciplinary work, having co-taught courses with biology, anthropology, and history professors for many years, Cauvel’s research fell under that same interdisciplinary umbrella. Interested in the prospects of interdisciplinary students, her research concluded that these students had no more difficulty in attaining admission to graduate programs than any other, more traditional, students. Additionally, while taking time off from teaching, Cauvel also collaborated on a book.

When she returned to the department at the start of the 1976-77 academic year, she resumed her position as chair, holding it until 1979. As chair, Cauvel guided her department through periods of great growth. With her fellow faculty, the department built under her watch continues to thrive and prosper. Hiring professors like John Riker, Hans Krimm, Harvey Rabbin, and Judith Genova, Cauvel’s work as chair is still visible and resonant today, laying the foundations of the college’s reputation for deep and independent thinking. 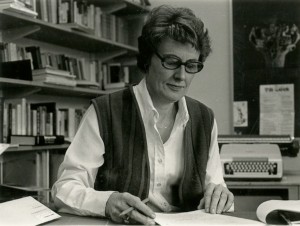 As CC continued to develop, so did Cauvel’s range of experiences and expertise. In the summer of 1965, she was one of 20 scholars from across the U.S. awarded a Fulbright-Hays Grant to attend the Summer Institute in Indian Civilization in New Delhi, India. While in India, Cauvel studied the educational, philosophical, and political developments in India with Indian scholars, including Indira Gandhi – later the first and only female Prime Minister of India. Additionally, Cauvel reported back to the college community on the burgeoning conflict in Vietnam, providing a unique, simultaneously immediate and removed, lens on the events of the time. Back at CC, protests sprung up often, the counterculture movement having taken hold of the country during the early- to mid-1960s.

In 1970, Colorado College adopted the Block Plan — an academic structure that would swiftly revolutionize the reputation and culture of the college. Keen on issues of education access and opportunity, Cauvel was a candid voice of constructive criticism as the Block Plan was devised, developed, and implemented. Speaking often on both its benefits and limitations, her cool head and considered viewpoints marked her as both a local, and soon-to-be national, leader.

Cauvel is a woman who has more firsts to her name and career than most. As the war in Vietnam came to a close in the mid-1970s, the U.S. Army came to realize the scale of the issues facing their thousands of young service personnel. In 1977, as the first woman appointed to the Advisory Committee of Civilian Educators, Cauvel and the committee recommended ways to improve the Army Command and General Staff College (CGSC) educational program and to act as a governing board to the school.

Such was Cauvel’s renown as a teacher that in 1987, she received the Burlington Northern Foundation Faculty Achievement Award. Recognizing consistent excellence, as well as significant and meritorious achievements in teaching, the award was presented at a ceremony of Cauvel’s peers from across the country. 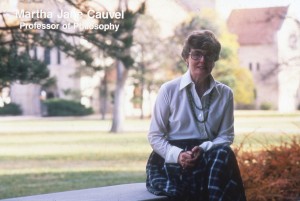 A champion of women’s and minority rights throughout her life and career, Cauvel spoke often at the Benet Hill Academy, now Benet Hill Monastery, on the rights and ambitions of young women — once even acting as their keynote speaker for graduation. At Colorado College, she helped establish the Interdisciplinary House, which today is home to the Asian Studies, Feminist and Gender Studies, and Race, Ethnicity, and Migration Studies departments. Startlingly, she was the only female full professor at the college until the 1994-95 academic year, when seven female full professors joined the teaching staff.

In the 1990s, she invited Li Zehou, one of China’s foremost philosophers, to teach courses in both Chinese and Western aesthetics. Li Zehou, widely regarded as China’s leading scholar of modern intellectual history and philosophy, was placed under house arrest for three years in the aftermath of the Tiananmen Square massacre before emigrating to the U.S. as a permanent resident in 1991. Cauvel and Zehou, cohorts in discipline and interests, co-authored a book together in 2006, “Four Lectures on Aesthetics: Toward a Global Perspective,” which is used by scholars and students interested in Chinese aesthetics. 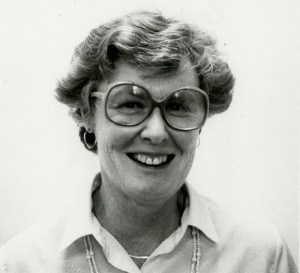 After 35 years as a faculty member at Colorado College, Cauvel retired from teaching at the end of the 1994-95 academic year. Having moved to an administrative position within President Mohrman’s office the previous year, Cauvel served as her assistant until the end of the 1995/96 academic year. Upon her retirement, a celebration was held at the president’s house, and President Kathryn Mohrman — the first female president of the college — led the many in attendance in expressing their gratitude and appreciation for her tenure.

Cauvel wasn’t done with CC just yet, though! From 2010 until 2012, she returned to the college as CC’s first ombudsperson. Acting as an informal and confidential resource for faculty and staff, the ombudsperson’s role is to help resolve workplace and learning environment issues through neutral discussion and conflict identification. In short, Cauvel continued working as she always has — to help the community she loves. 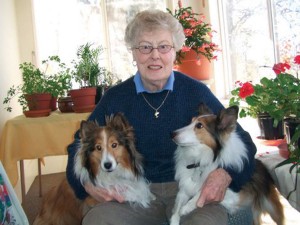 Over five decades, now, Jane Cauvel has been a teacher, mentor, and friend to many at Colorado College. A scholar of great renown, her teaching career alone would be enough to warrant celebration. What she did, and continues to inspire, for women in academia at Colorado College, is unprecedented.  We are honored to celebrate Jane Cauvel here, and we hope you’ll join us in paying a long-overdue tribute to an astonishing individual.

If you have photos of Jane to share, please email them to communications@colorado​college.edu.