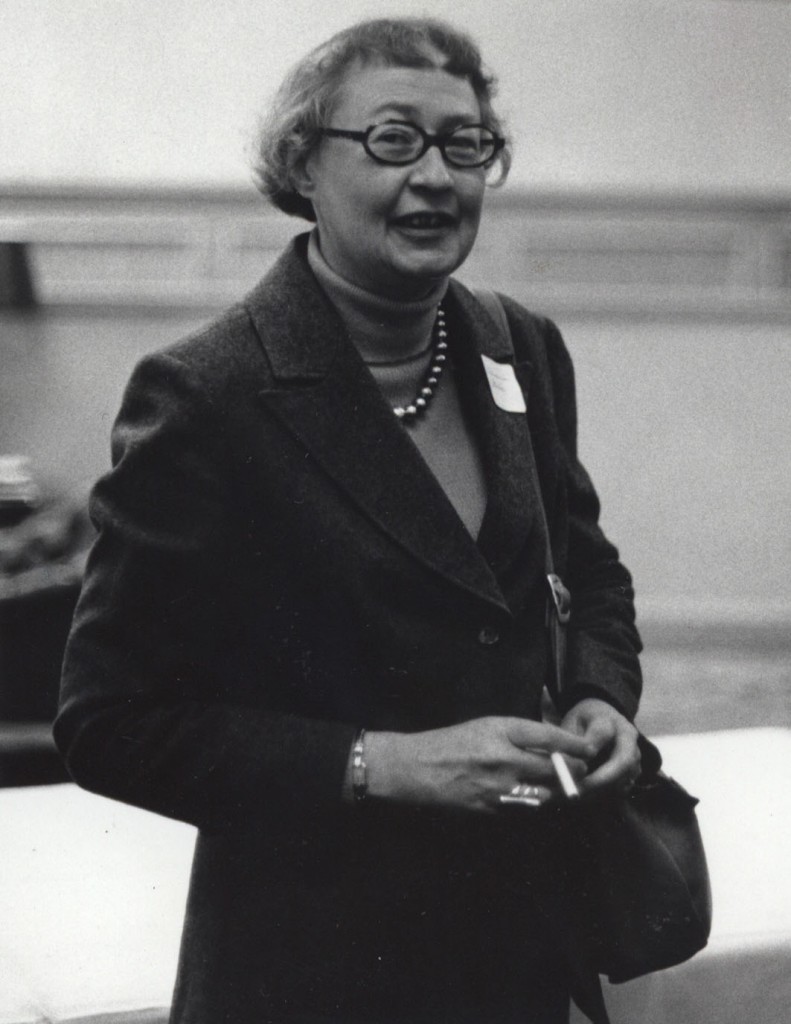 It takes a rare kind of dedication and passion to be a true teacher. Anyone can write a paper, even construct a syllabus. Not everyone can impart passion, change lives, and cultivate lifelong curiosity. Marianne Stoller was the most rare of teachers, doing all that and much more. She taught in Colorado College’s Anthropology Department for 29 years. All of us at Colorado College were deeply saddened to learn of her Dec. 13, 2015 passing. Throughout her long association with CC, Stoller had a profound impact on thousands of students, faculty, and staff. What follows here is a small celebration of her life and work, part of a larger testament to her influence, enjoyment, and lifelong love of learning.

Growing up in the small southern Colorado town of San Luis in the San Luis Valley, the seeds of Stoller’s anthropological curiosity were sown in a beautiful, complex landscape. Attending the San Luis Valley’s best four-year college, Adams State College in Alamosa, Stoller graduated in 1949 with her B.A. in Art. She went on to receive her master’s degree in anthropology at the University of Denver in 1955, focusing on the anthropology of Oceania. During her time at DU, Stoller was a Fulbright Scholar from 1951-52, traveling to New Zealand to study Maori artwork, as well as to Fiji and Tahiti.

Her time in Tahiti would set the tone for the rest of her professional career, as it was there that Stoller first became interested in the ethnographic history — the study of people in historic times. Stoller received her Ph.D. from the University of Pennsylvania in 1979. From the east coast, she migrated back towards the mountain west, her first and true home.

Stoller first arrived at Colorado College in 1969, joining the Anthropology Department on a part-time basis. Soon, though, her prolific research, departmental involvement, and teaching mandated a change in status. Teaching an average of seven and a half blocks a year as an adjunct professor, as well as working with advisees and senior thesis students, Stoller went well beyond the requirements of a part-time faculty member. As a result, in 1979, Stoller was made a full-time member of the faculty as an associate professor. In 1980, she received tenure.

A huge part of Stoller’s legacy is rooted in dirt, in digging. Leading summer digs throughout the ’80s and ’90s, Stoller and her students helped uncover some truly astonishing pieces of regional history. Working in La Cienega, New Mexico, at a site not far from a trailer park, Stoller and her teams helped unearth the largest 17th century Spanish colonial settlement in New Mexico. This process took years, and each time the CC teams of students and college alumni returned to the site, they would find new structural foundations, boundaries, artifacts — piecing history together, piece-by-piece. As evidence to the power of these experiences, “the Diggers” continue to schedule reunions to this day. 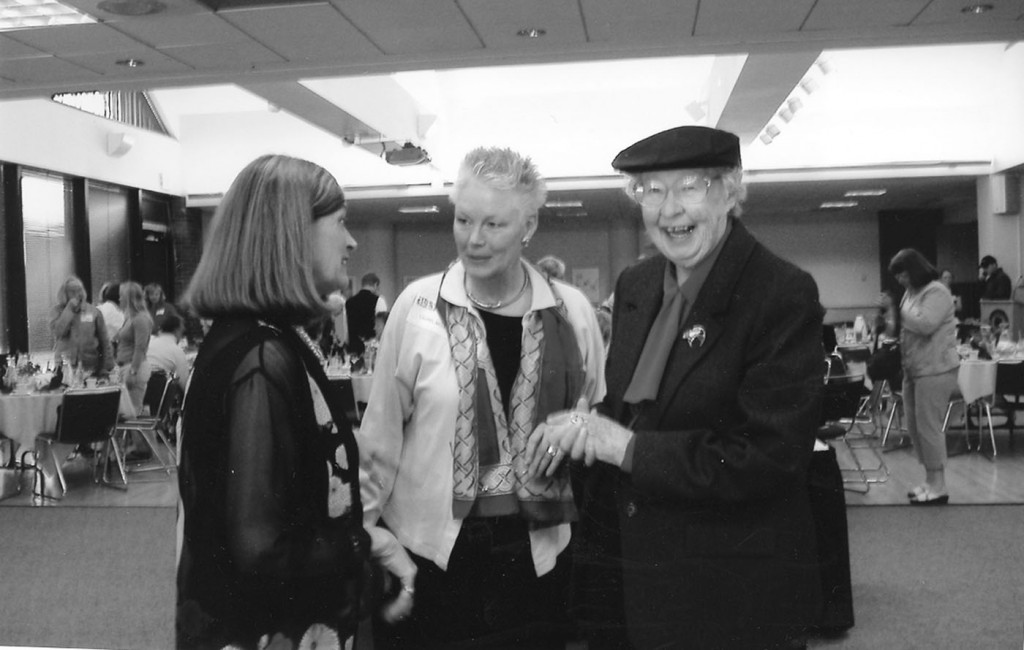 Stoller’s impact on Colorado College’s campus was no less profound than her fieldwork. In 1980, she helped Professor Joseph Gordon found the college’s Southwest Studies program, the first regional interdisciplinary program in the country. While neither had specific experience in area studies, with Professor Gordon teaching in the English Department and Stoller in anthropology, their combined expertise laid the groundwork for what would become one of CC’s most unique and attractive academic components. Now part of the Hulbert Center for Southwest Studies, the early core of the curriculum included summer studies for teachers in the college’s MAT program. The summer institute classes became a staple of college life over the years, and the included field trips part of CC’s international reputation as an institution not simply confined to classrooms and chalkboards.

Over the course of her teaching career, Stoller’s Ethnohistory of the Southwest course became synonymous with the Colorado College experience. A two-block class, with fieldwork and residency in Santa Fe for one of the blocks, students worked with the New Mexico State Archives and got first-hand experience into Stoller’s beloved world. Her Art and Cultures of the Southwest class became a staple of the social sciences at Colorado College, its field trip a highlight of many students’ college careers. She also taught classes at the Newberry Library in Chicago. She twice chaired the Anthropology Department and served as director for the Southwest Studies summer institutes. Though she retired from teaching at CC in 1998, Stoller remained as active as ever in anthropological and ethnohistorical causes. 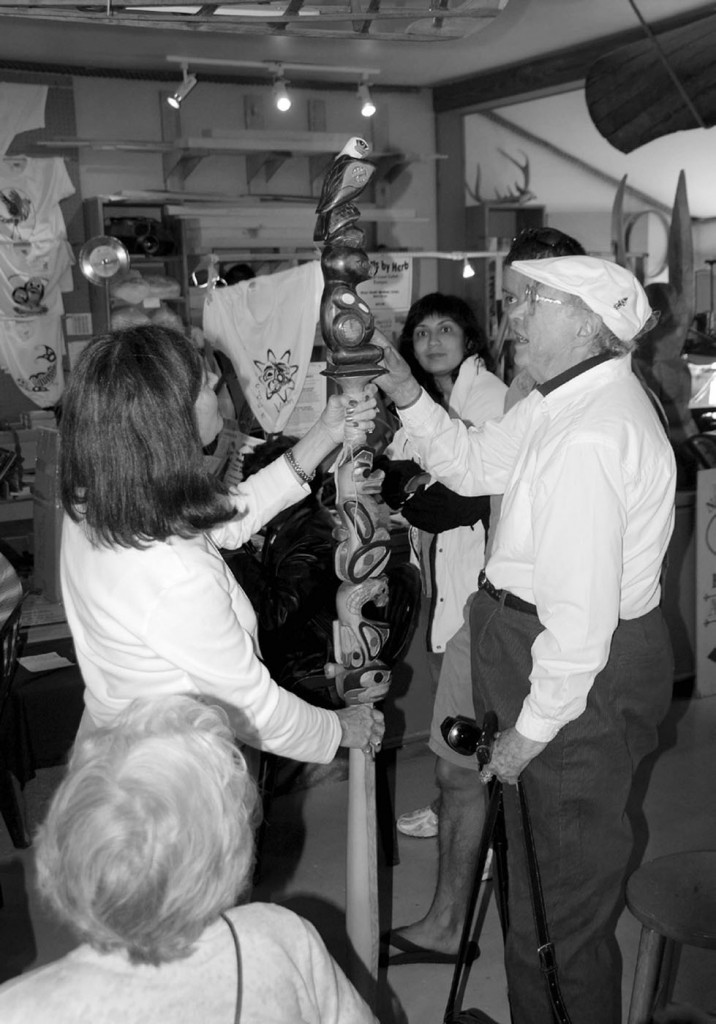 Ever the prolific academic and researcher, she served on the Board of Managers for the college’s Woman’s Educational Society. Her love of working in the field transferred to Stoller leading many tours of the Southwest and other regions, including the California missions and the Canadian Rockies. Through these tours, as well as her passionate engagement and deep knowledge of her subject, Stoller helped raise more than $50,000 in scholarship funds for the Woman’s Educational Society. She reviewed grants for several years for the National Endowment for the Humanities, and served as president of the American Society for Ethnohistory. Following a legal case that returned “usufruct” rights to Stoller’s hometown of San Luis, Colorado, she received an award from the Colorado Lawyers Commission for her work as an expert witness. (Usufruct is a civil law term referring to the right of one individual to use and enjoy the property of another, provided its substance is neither impaired nor altered.)

In 2001, in appreciation for their contributions to both CC and the college’s museum, the Hulbert Center for Southwest Studies dedicated its “Millennium Exhibit” to both Stoller and her Geology Department colleague Professor Bill Fischer. Featuring artifacts varying in age and origin from across the American Southwest, the exhibition paid tribute to the role of both Fischer and Stoller in the intellectual life of the college and the larger southwestern historical community. 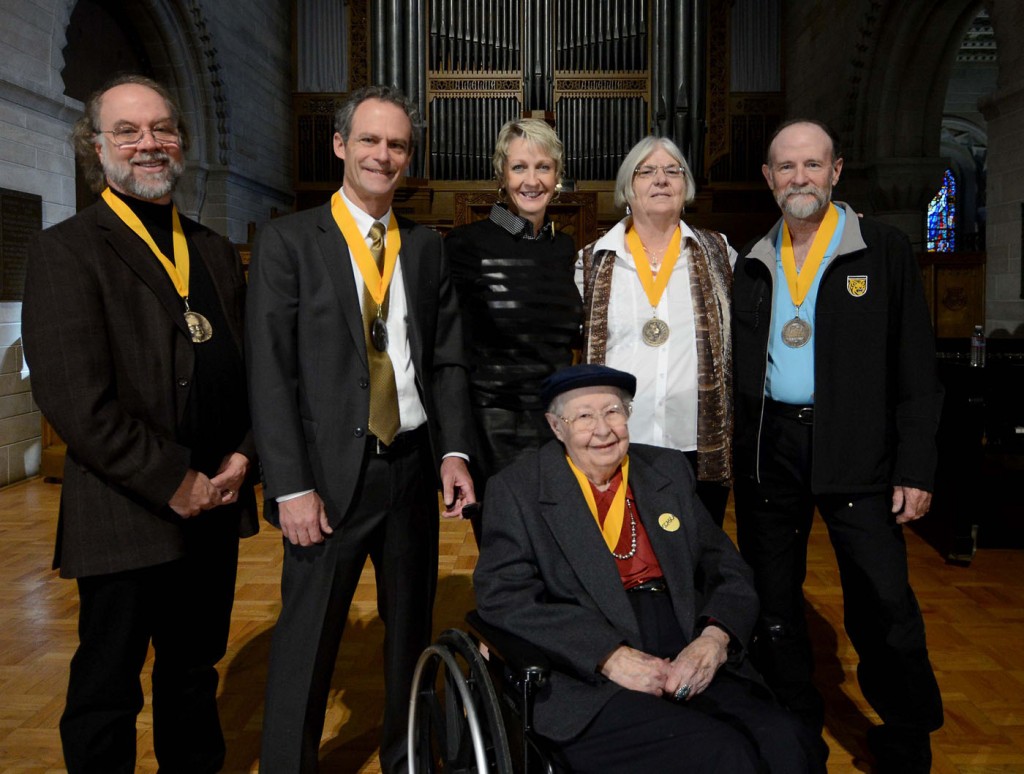 On October 11, 2014, Stoller was awarded the Gresham Riley Award at CC’s Honors Convocation. Recognizing faculty, administrators, and staff who’ve made significant contributions to the life of the college, the award can lightly touch the profound impact of Stoller on generations of this community. For nearly half a century, Marianne Stoller taught, learned, and explored at Colorado College. She pushed boundaries throughout the region in her research, in the lives of her many students, and in herself. A true lover of her craft, and a “digger” of wonderful renown — we’re proud and humbled to celebrate Professor Stoller’s life and legacy.

The college will host a celebration of Stoller’s life and legacy during this year’s Homecoming Weekend. We encourage all those with stories of Professor Stoller to attend, and help us honor this magnificent woman.

If you have photos of Marianne to share, please email them to communications@coloradocollege.edu.