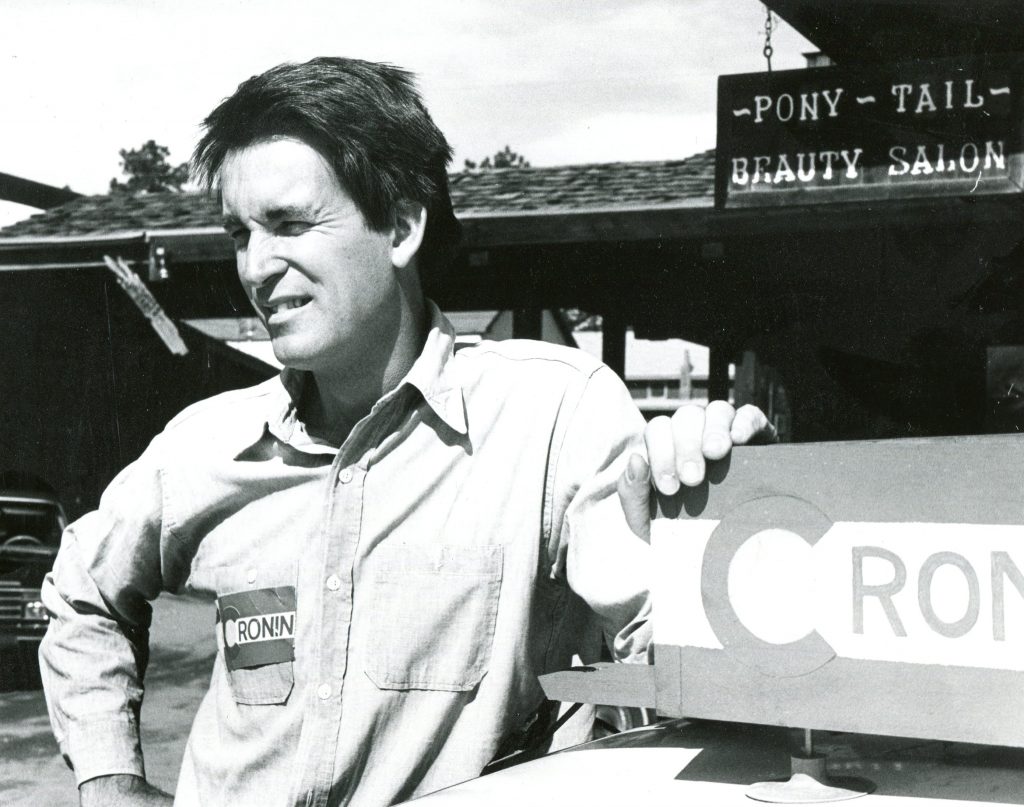 Cronin on the campaign trail, during his 1982 run as the Democratic candidate for Congress from Colorado’s Fifth Congressional District.

Recently retired Colorado College Professor of Political Science Tom Cronin had an influence on two generations of CC students, from January of 1979 through June of 1993, and again from the fall of 2005 to the fall of 2018.

His teaching and research emphases were on American politics, Colorado politics, and leadership. He held the McHugh Professorship of American Institutions and Leadership.

Tom Cronin was raised in Milton, Massachusetts. He graduated from Boston College High School and earned an A.B. in History from Holy Cross College, a Jesuit liberal arts college. He earned two master’s degrees, and a Ph.D. in political science from Stanford University in the 1960s.

“Although I grew up an Easterner, I quickly fell in love with the West during my Stanford years. Yosemite, Big Sur, and the Pacific Ocean were hard to match,” he says. Cronin added that he loved his graduate studies at Stanford, loved teaching — and also fell in love with his future wife.

Professor Cronin says his two favorite locations as a youth were his local public library — a few blocks in one direction — and the local basketball gym, at a high school a few blocks in the other direction.  “Reading and ‘balling’ were my early passions,” he admits.

As a college student, he wrote for the student newspaper, served as a student government representative and a leader in national student organizations, and was a state delegate to a White House Conference on Children and Youth (during the Eisenhower years). 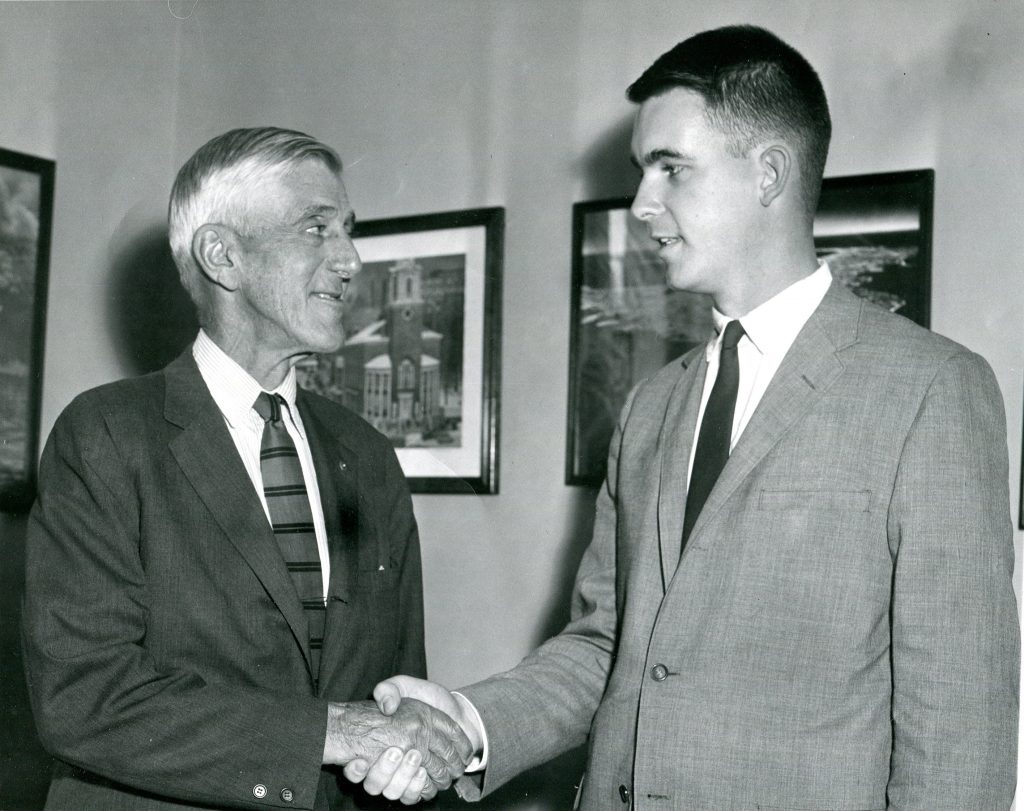 A young Cronin with Senator Saltonstall.

In 1966, as he was completing his Stanford studies, Cronin was selected as a White House fellow and served as a White House staff aide for Press Secretary Bill Moyers and other domestic policy advisors in the White House. “Having a desk on the second floor of the White House West Wing was quite a contrast to having a stall on the second floor of Stanford’s Old Main Library…”  I learned more about real politics that year — both about the good and the not-so-good — than I had learned in my academic years at Stanford.” 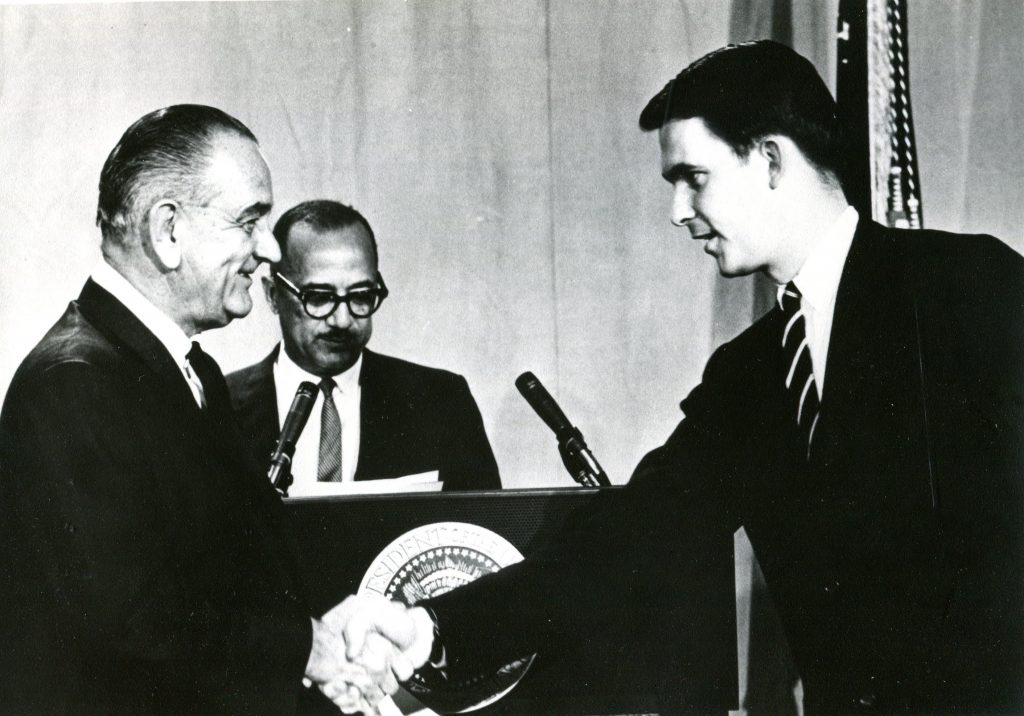 “I greatly benefited from being mentored in these years by cabinet member John W. Gardner, for whom I served as a consultant.”

Cronin was invited to stay on at the White House, but with the White House increasingly concentrated on the war in Vietnam, Cronin left and begin research writing and teaching about leadership and the American presidency. He spent two years at the University of North Carolina at Chapel Hill and then two years as a research scholar at the Brookings Institution, (a Washington, D.C. think tank) where he wrote “The State of the Presidency” and related works. He also testified several times before Congress on issues such as the proposed six-year presidential term and federal advisory commissions.

Cronin first came to Colorado College as a featured speaker during the 1976 Presidential Symposium run by the late Professor Fred Sondermann. “I loved that visit,” Cronin says, “and volunteered to come back if the Political Science Department ever needed a visiting block professor. Three years later, they did invite me back. …And this time I was determined to stay.”

At CC, Cronin won Teacher of the Year and Advisor of the Year Awards, and later the Riley Award presented by the Alumni Association.

“I have loved teaching at Colorado College. I have taught at large public and private universities, yet I found the seminar-sized classes on the Block Plan to be the most rewarding and productive format for teaching.” 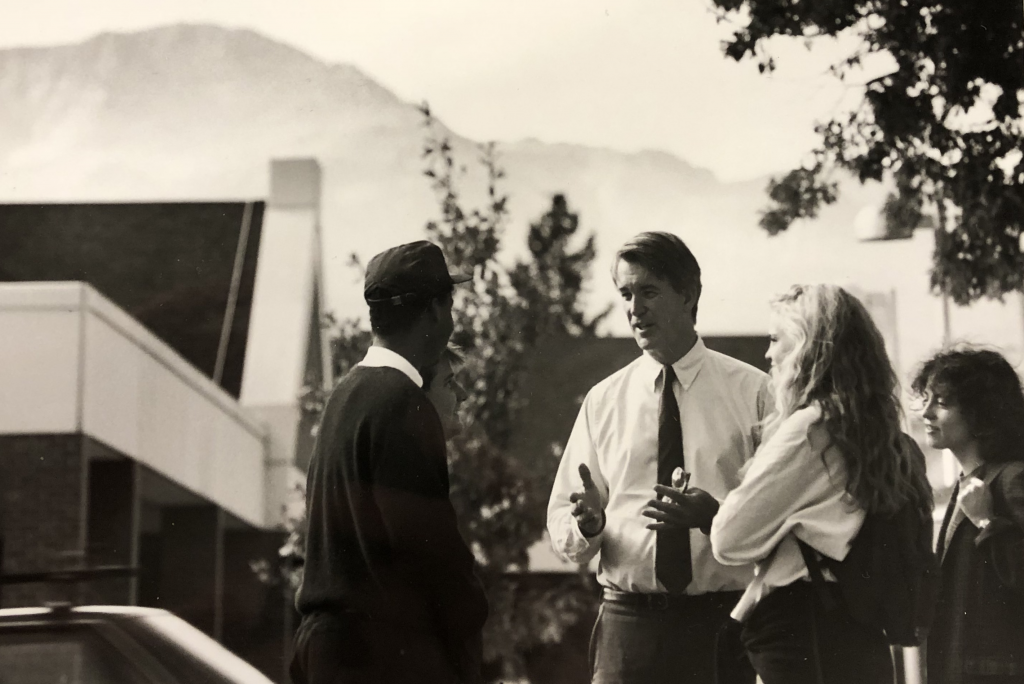 Cronin with students on CC’s campus.

Cronin served from May to December 1991 as acting president of Colorado College, when President Gresham Riley was on sabbatical in London.  During that time, he helped raise funds for the Colorado College Community Service Center, the Lodge at the Baca Campus, a new all-weather track, new scholarships, and new technologies.

A year later Cronin was selected as president of Whitman College, a selective liberal arts college in Walla Walla, Washington. “Whitman has a lot in common with CC,” Cronin says, “small classes, a student body from different regions, and an excellent faculty. Cronin says his successful 12 years there were in good part due to what he had learned at Colorado College.

Twelve years later, upon retiring from the Whitman College presidency, Cronin was invited back for what he calls his “second act” at Colorado College. He returned to writing books on the presidency,  Colorado, and national politics. His latest book, “Imagining a Great Republic: American Political Novels and the Idea of America,” (2018) won praise as a “magisterial work indispensable for understanding who we are as well as who we might yet become,” and, in the Steinbeck Review, as “a grand tour of American literature.”

For 30 years, at both Colorado College and Whitman College, Cronin co-authored a best-selling American politics text, “Government by the People,” with James MacGregor Burns and Jim Peltason. He also co-authored a prize-winning book called “Leadership Matters” (2012). Cronin says he was helped a lot from having talented research assistants at Colorado College.

Cronin walking with students at the college’s Baca campus, which he led the effort to establish and maintain.

In 1982, Cronin was the Democratic candidate for Congress from Colorado’s Fifth Congressional District. He says, “I came in second in the election that year yet I learned a lot more about Colorado and politics, and myself.” He also served as a delegate to four national Democratic conventions and in 2012 he was an elector in the Electoral College. 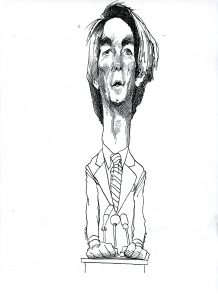 Due to Cronin’s prominent involvement in the political sphere, he was among the many political, literary, and academic figures caricatured by David Levine in The New York Review of Books.

Cronin was president of the Western Political Science Association and on the Executive Council of the American Political Science Association. He was honored for his writings on the American presidency with his professions’ Charles Merriam Award. He has written for several newspapers, including the Denver Post, The New York Times, The Christian Science Monitor, and The Colorado Springs Gazette. He and his colleague, retired Political Science Professor Bob Loevy, are co-authors of “Colorado Politics and Policy,” and write regularly for Colorado newspapers.

“It’s been a privilege to be a part of the Colorado College faculty and staff,” Cronin says.

“There are so many gifted teachers and supportive staff members here, so many challenging students. Thank you, Colorado College — to all the students and teachers, presidents and staff, and caring alumni and families who together make up this wonderful community of learning.” 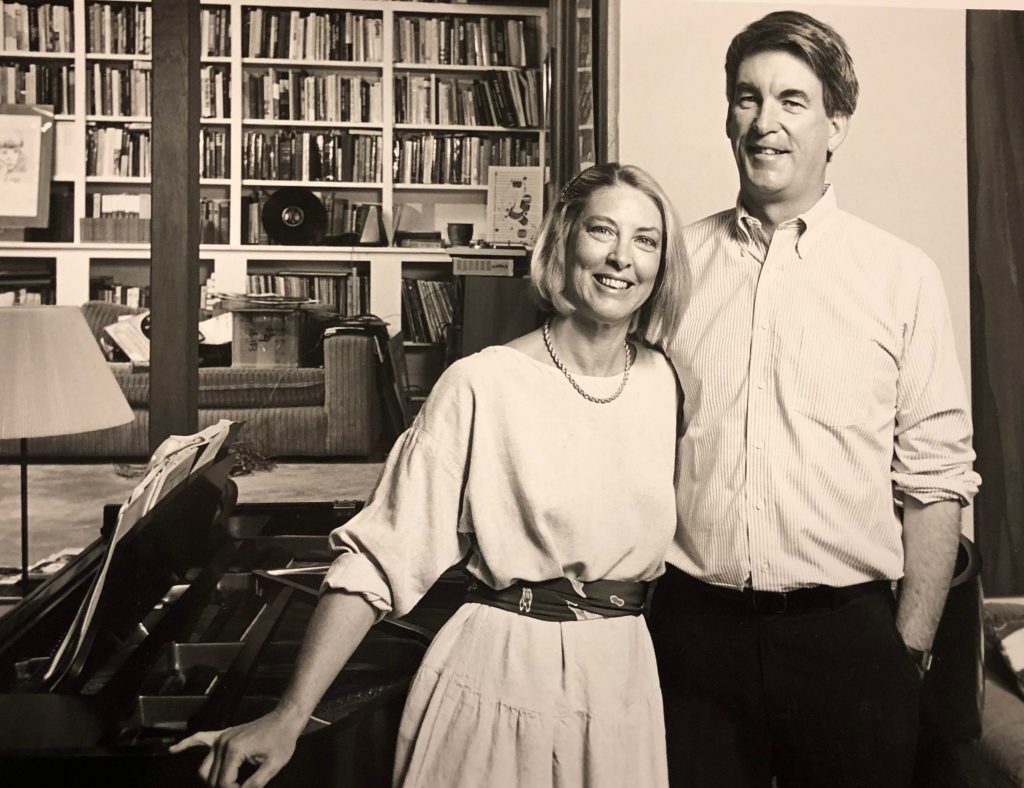 Professors Tania and Tom Cronin in their Colorado Springs home.

(Special thanks to Dana Bronson, Associate Archivist, at Whitman College, for her immense help in providing materials and photographs regarding Cronin’s time at Whitman.)