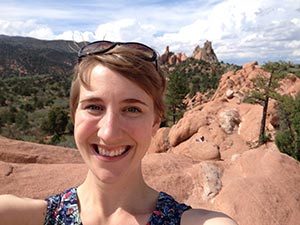 Dr. Jessica Hoel is an Assistant Professor of Economics at Colorado College. She earned a BA in Math and Economics at Reed College, and an MA and PhD in Economics at the University of Michigan. She is an experimental economist who focuses on behavioral and household economics. She has experience fielding surveys in five countries and with thousands of participants. Previously, she worked for the International Food Policy Research Institute, Innovations for Poverty Action, the OECD, and the Federal Reserve Board. She has fond memories of her gap year organizing for a political cause, waiting tables at an Italian restaurant, taking a philosophy class, and interning with her state senator. 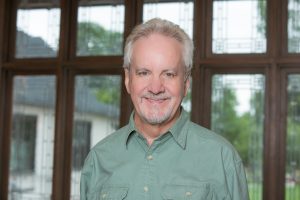 Bob Clagett has been a long-time supporter of gap years in his previous work in college admissions and as a college counselor. After a 28-year long career in college admissions and financial aid at Harvard and as Dean of Admissions at Middlebury College, for the past seven years Bob returned to secondary school settings as Director of College Counseling at St. Stephen’s Episcopal School in Austin, TX and as Co-Director at Colorado Academy in Denver. Bob holds an EdM in Academic Planning and Social Policy from the Harvard Graduate School of Education and a BA in German Civilization from Brown University. Except for coordinating the Gap Year Research Consortium, Bob is now retired and living close to Denver. 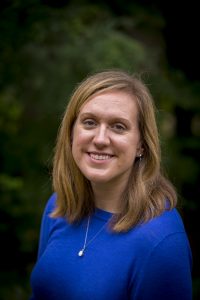 Erica Bever serves as the Director of Research for Harvard College Admissions and Financial Aid. With over a decade in institutional research experience, Erica provides analytic support to policy initiatives promoting access and affordability at Harvard. Erica also serves as a member of the admissions and financial aid committees. Erica previously worked at the College Board, the Office of the President and Provost at Harvard and in management consulting. Previously, Erica served as a board member and acting treasurer for the Association of College Counselors at Independent Schools (ACCIS) from 2009 – 2013. Erica holds an EdM in Higher Education from the Harvard Graduate School of Education and a BA in Economics and English from Wellesley College. She lives in Arlington, MA with her husband, two children, and dog. 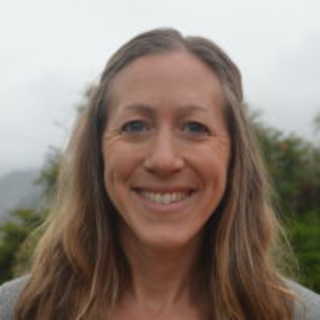 Linda is the former Vice President of Strategic Partnerships at Global Citizen Year.  In this role she led higher education partnerships and oversaw the organization’s monitoring and evaluation strategy. Prior to joining Global Citizen Year Linda spent three years as Executive Director of the Open Government Partnership, an international organization that promotes government transparency and accountability. From 2004 through 2012, Linda was a Program Officer at the Hewlett Foundation, where she helped create a new philanthropic program focused on Global Development. While at Hewlett, Linda managed a large portfolio of grants designed to promote citizen oversight of public spending and service delivery in developing countries. Earlier in her career, Linda managed civic education and election monitoring programs in Latin America for the National Democratic Institute for International Affairs. Linda holds a Master’s in Public Administration from the Woodrow Wilson School at Princeton University and a BS in Political Science from Duke University. She currently lives in San Anselmo, California with her husband and two daughters. 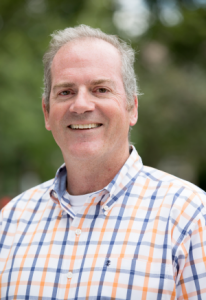 Since 2001, Mark has been the Vice President for Enrollment at Colorado College. Prior to that he served as the Director of Admission at Occidental College, worked as a teacher and college counselor at Harvard-Westlake and Marlborough Schools, and as an Assistant Dean of Admission at Bates College. He holds a BA degree from Bates and an EdM degree from Harvard University. Mark is Past President of the Common Application, serves on the Board of the High Mountain Institute in Leadville, CO and the Cloud Forest School in Monteverde, Costa Rica, is a member of the Advisory Board of the Mastery Transcript Consortium, and is on the Marketing and Enrollment Committee at The Colorado Springs School. 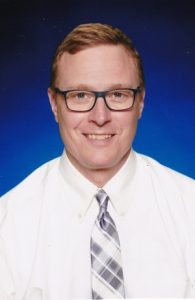 Dean Jacoby is the Director of College Guidance at Albuquerque Academy in New Mexico. Along the way he has been a limited scope trustee of Albuquerque Academy, a dean of students, a coach of state championship winning teams, part of a variety of diversity teams, a presenter (often about gap years) at national and international conferences, and a member of various college admission advisory boards. With more than twenty-five years of experience as both an admissions officer at Bates College and the director of college counseling at five different domestic and international schools, Dean has served thousands of students and helped many choose gap years.
Dean graduated from Bates College with a degree in cultural psychology and was an Undergraduate Fellow at the University of Chicago School of Business (as it was then known). During college he spent a semester as a teaching intern on the Cheyenne River reservation in the Lakota Nation with the IPSL (then the Partnership for Service-Learning). His passion for experiential learning had been stoked when he took a gap year which saw him working minimum wage jobs, coaching wrestling on the Navajo Nation, studying land management in the Southwest, learning Spanish in Mexico, and doing archaeology for the Forest Service in Oregon. The most important thing that Dean learned about during his year was himself.
A resident of Albuquerque, NM where he lives with his wife, Karla, and two children, Dean perpetually feels that he would benefit from another gap year. 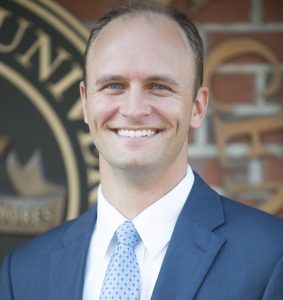 Joe O’Shea serves as Assistant Provost for Florida State University. In this capacity, he helps oversee the academic operations of the university and lead its nationally recognized student success initiatives.

A Truman and Rhodes Scholar, Joe has a master’s degree in comparative social policy and a PhD in education from the University of Oxford. He received a BA in philosophy and social science from Florida State University, and he is also a graduate of Harvard’s Institute for Management and Leadership in Education.

Prior to his current role, Joe was involved with developing several education and health-care initiatives in communities in the United States and overseas. His research and publications are primarily focused on the civic and moral development of people, and his recent book, Gap Year: How Delaying College Changes People in Ways the World Needs, was published by Johns Hopkins University Press. Joe serves as the past president of the board of the Gap Year Association, the leading national voice for gap year education, and as an elected board member for the Council on Undergraduate Research. He also serves as an international judge for the Global Teaching Excellence Award and the Reimagine Education competitions, as well as a subject-matter expert on student success for the U.S. Department of Education’s Institute of Education Sciences. 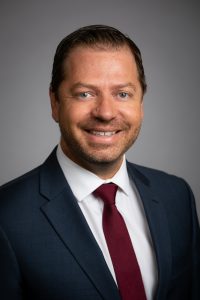 Luke Parrott is Assistant Director of Graduate Admissions at the University of Denver’s Daniels College of Business. He also teaches a study abroad course on Global Citizenship for undergraduate students.

Prior to this role, he worked in international experiential education for nine years as the director of a gap year program where he oversaw admissions and program management. During this time, he managed operations in seven countries with a diverse leadership team. He co-designed a cross-cultural curriculum with a strong emphasis on developing emotional intelligence and cultural competence in the context of high impact practices. He is the chair of the Gap Year Association research committee in efforts to further academic research surrounding benefits of gap year experiential education. He also sits on an advisory board with Impact Route, a Rwandan cultural training center designed to bridge cultural gaps and up skill people’s intercultural capabilities. He holds a BS from Miami University and a MA in International Development from Eastern University. He lives in Denver, Colorado with his wife and daughter. They can often be found hiking a trail in the foothills of the Rocky Mountains with their silver labrador.