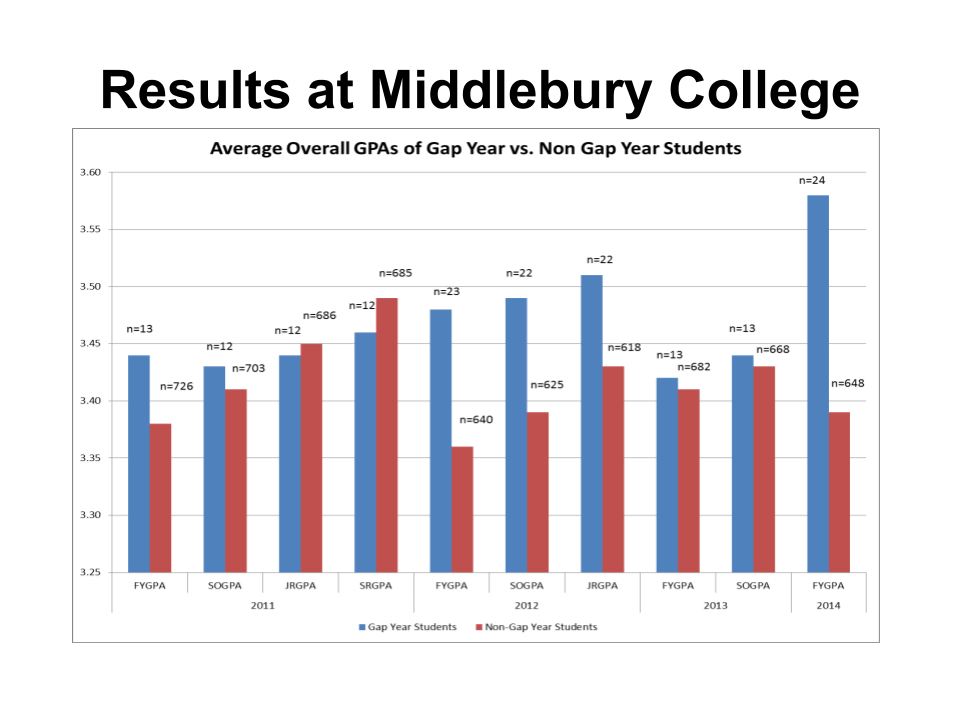 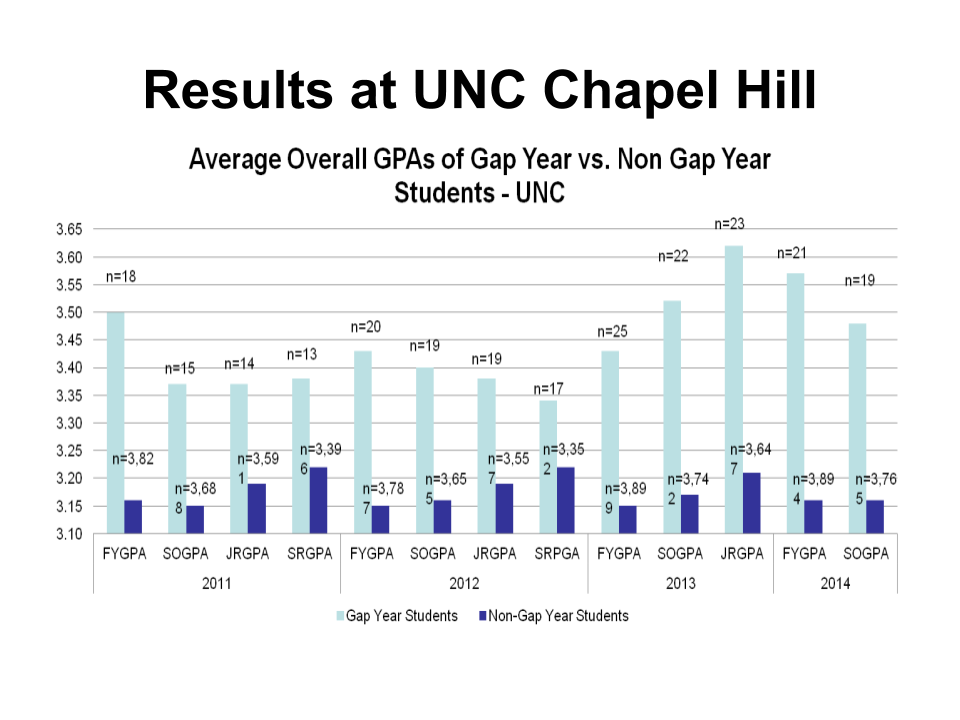 However, it is important to note that historically, students who have taken a gap year have come from more affluent families and may have attended high schools that may have been more academically challenging, so these raw GPA averages are not particularly surprising. We then statistically controlled for the numerical academic rating that these students had received in the admissions process (typically a rating that provides a measure of potential for academic success at that institution, based on all academic information contained in the application; at most institutions these numerical ratings provide by far the best predictor for academic performance). With that information, we then compared how gap year students actually performed compared to what would have been predicted, based on their academic rating. The bar graphs show the amount by which the gap year students’ actual academic performance exceeded, on average, that which would have been predicted by the academic rating given in the admissions process. These final two charts show that, on average, most students who had taken a gap year ended up over-performing academically, and that this positive effect remained true for all four years for most students. 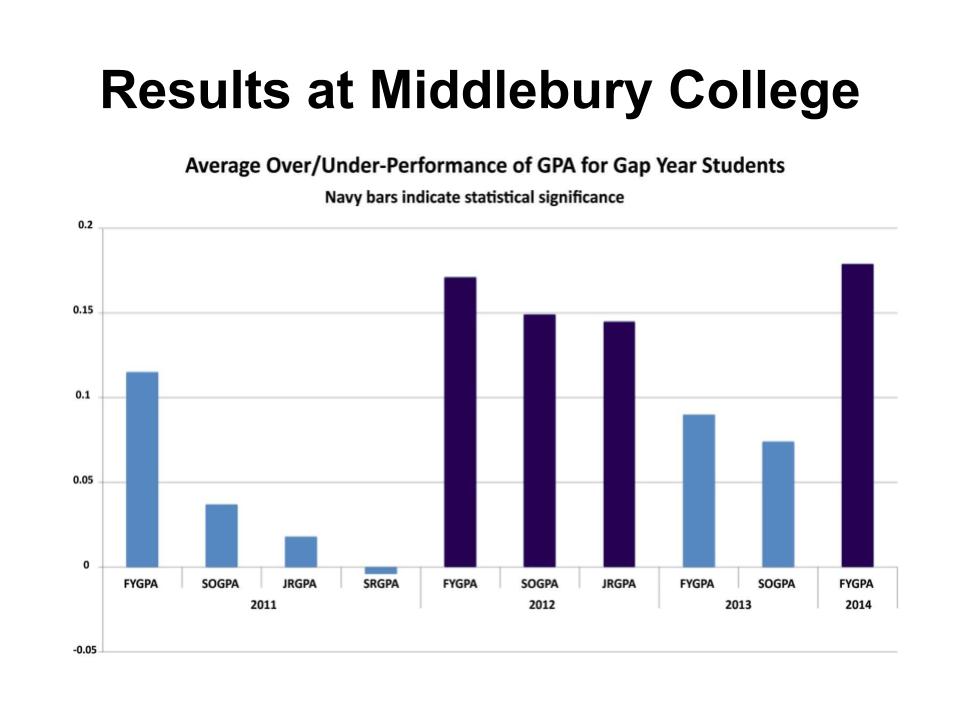 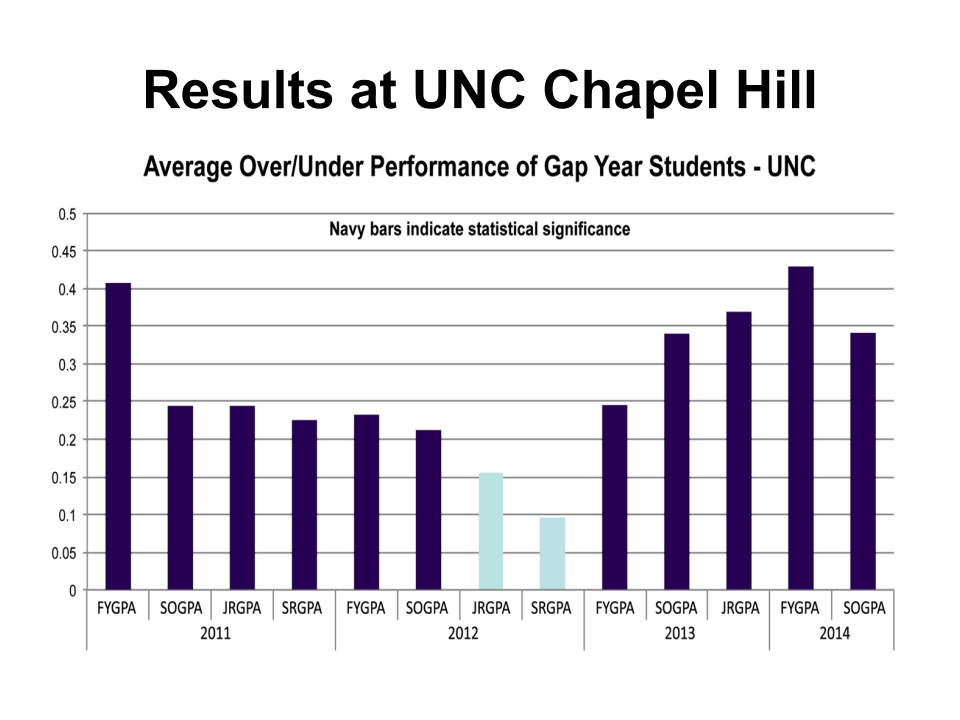 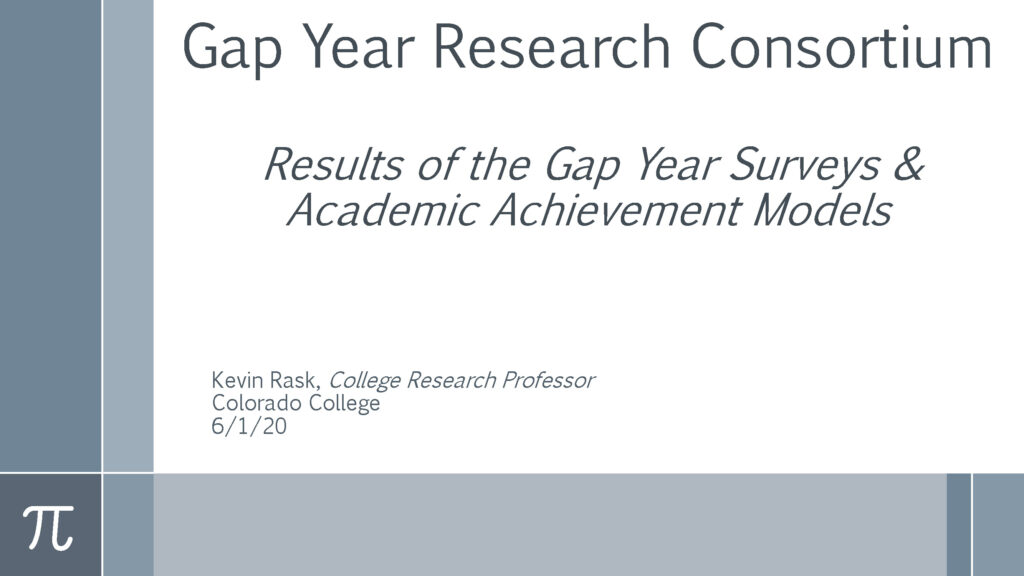