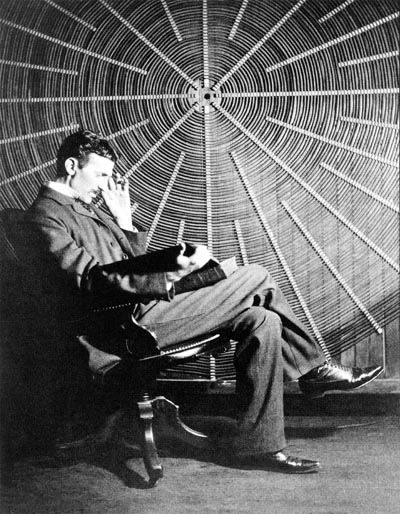 The website The Oatmeal recent cartoon entitled “Why Nikola Tesla was the Greatest Geek Ever” cites Tesla’s seemingly limitless imagination, his dogged perseverance in the face of obstacles (to the point of obsession), and his dedication to free access to ideas and innovations for all as evidence of his Super-Geek status.

Tesla played an important role in the electrical revolution that transformed life at the turn of the 20th century. Born to a Serbian family in Croatia, he studied engineering in Austria before immigrating to America in 1884. He arrived penniless in New York, and within a decade, rivaled Thomas Edison as a celebrity scientist. His inventions, patents, and theoretical work formed the basis of modern AC electricity and contributed to the development of radio and wireless communication. Tesla’s combination of character traits – unconventional, stubborn, and humble – resulted in a wholesale downgrading of his contributions to science. Many of his myriad inventions and discoveries were dismissed or stolen. Only relatively recently has his genius been acknowledged appropriately. Tesla’s story is particularly relevant to the history of Colorado Springs, as the scientist conducted some of his most dramatic experiments with electricity in the city from 1899 to 1900.

Transmission/Frequency: Tesla and His Legacy features contemporary artists whose works reflect — deliberately or not — Tesla’s maverick spirit and enduring legacy. Featured projects engage some of Tesla’s ideas, such as free-floating electrical current, self-sustaining systems/movements, electrical and fluorescent light, and magnetic fields. The exhibition will also include images and reproductions of Tesla’s inventions and excerpts from his journals, particularly those written during his time in Colorado Springs. 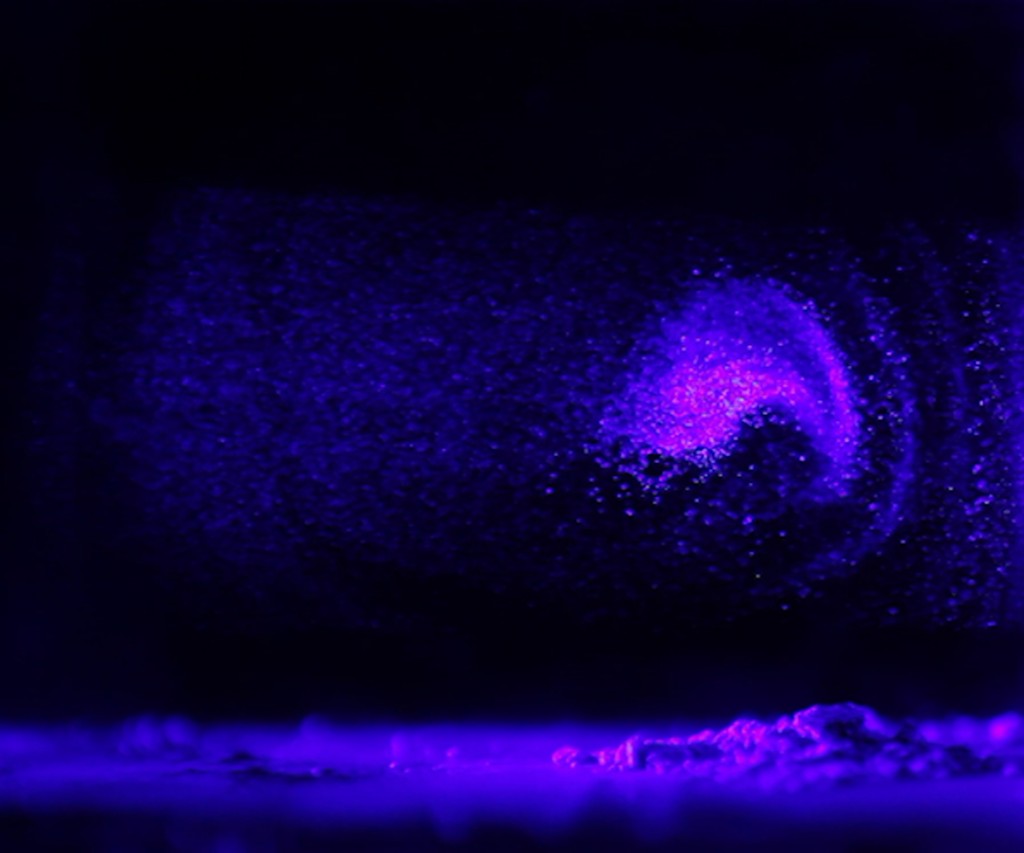 Dmitry Gelfand and Evelina Domnitch’s immersive environments merge physics, chemistry, computer science, and philosophy, challenging and expanding the scientific picture of the world, which still cannot encompass the workings of consciousness. Their installations and performances investigate phenomena such as sonoluminescence, laser light, vacuum oscillations, and electrolysis. In fact, Tesla’s quest to understand electromagnetic propagation (light) lies at the heart of the duo’s artistic pursuit. Based on the “magnetic current” experiments of iconoclast physicist Felix Ehrenhaft (1879 – 1952), the installation Photonic Wind uses a laser beam to levitate and move diamond dust within a vacuum chamber – a phenomenon that would not seem out of place in Tesla’s lab. 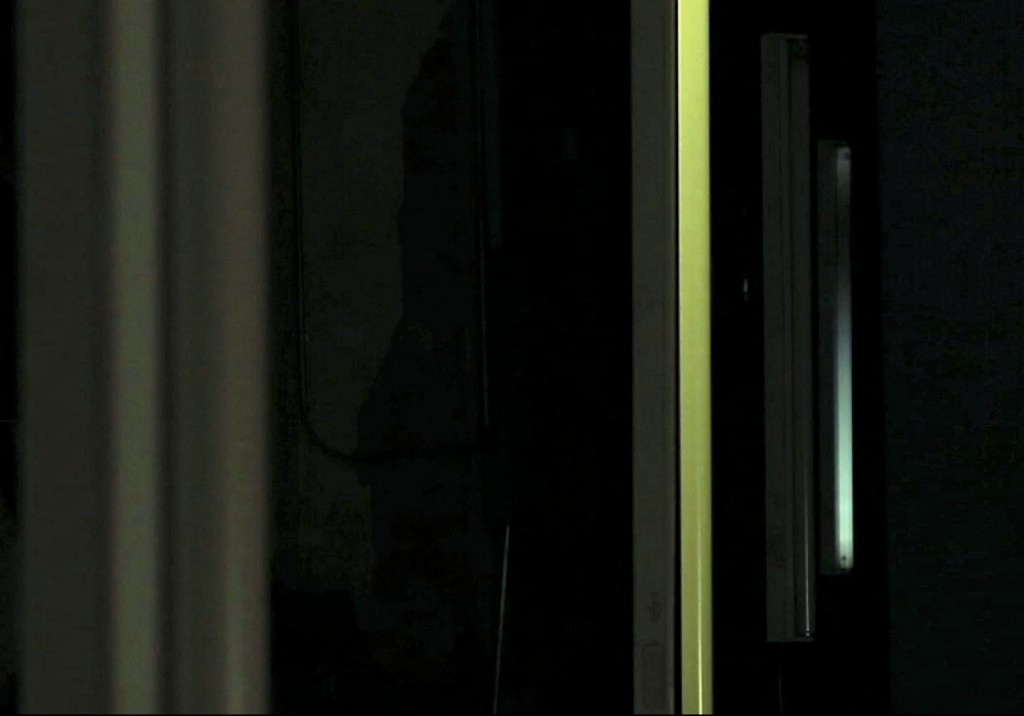 A study in the relationship between stability and instability, Matthew Ostrowski’s Negative Differential Resistance is an audiovisual sculpture featuring amplified fluorescent lamps that emit light according to patterns established by a computer. Grounded in the idea of the binary — a lamp is either on or off — this work creates an optical and aural theater that ignites our own awareness. Rather than an ethereal substance, light is presented here as the tangible result of a variety of mechanical processes; the installation evokes the action of switches that control the flow of energy and the thrum of power plants that generate current. Although Tesla did not invent the fluorescent light bulb, his investigations of high-voltage radio frequency power processing techniques did result in the very first high efficiency, high frequency lighting ballasts, similar to ballasts used in fluorescent bulbs since the 1880s. The dramatically flashing bulbs in Ostrowski’s installation evoke Tesla’s theatrical demonstrations of electrically illuminated bulbs. 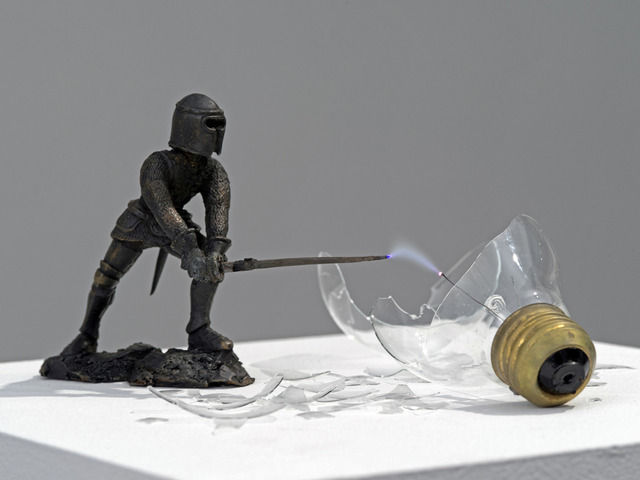 Michel de Brion manipulates found objects and everyday appliances to probe the various ways that energy flows and to challenge our understanding of the relationship between action and entropy. Tinkered and retooled, his often absurdist objects explore the gap between function and disfunction, and invite us to examine afresh our understanding of the difference between the two. The ironically heroic bronze sculpture Overpower features a knight wielding a sword that pulses with 10,000 volts of electricity: all to ignite a broken household light bulb. This valiant – if comically overmatched – attempt to fight off obsolescence evokes Tesla’s quest to supply free electricity to light the world. 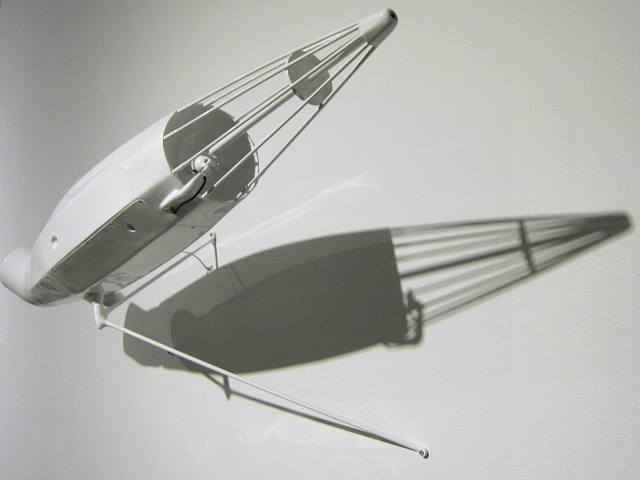 Björn Schüelke’s kinetic sculptures bridge the gap between modern art and scientific instruments. His sculptural machines perform slow, deliberate movements that appear portentous but are often simply absurd. Mirroring Tesla’s interest in free power sources and his early work in remote control technology, the sculptures are outfitted with a variety of sensors, and draw from energy sources within the environment, such as solar and wind power, and transform that ambient energy into deliberate action. Employing elements of surveillance, robotics, interactive video and sound, the sculptures monitor or react to human presence, thus calling into question our relationship to modern technology. 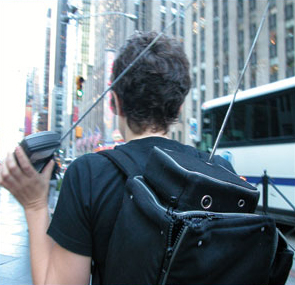 The artist duo neuroTransmitter (Angel Nevarez & Valerie Tevere) explore the history of radio, its associated architectures, and the possibilities of radio as an interactive, discursive public space. Their project, Radio Tesla, reconstructs the scientist’s 1902 radio tower as a wall-sized line drawing made of wire.  Tesla’s tower, which he designed to be the first global wireless communication system, had the potential to transmit both sound and electricity across the globe. Although not completed, the antenna was to reach 187 feet above the tower.  neuroTransmitter’s “drawing” of the tower acts as its own antenna and broadcasts to radio receivers placed within the gallery. The radio is variously disrupted by viewers moving through the space, creating an aural soundscape. 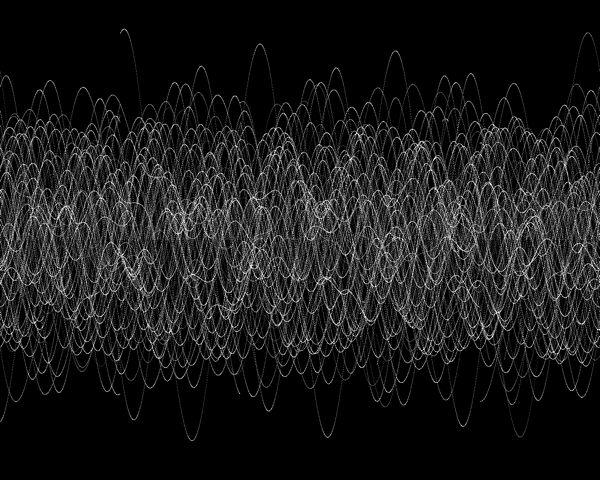 For David Fodel, the power of the idea of Tesla, rather than the power of Tesla’s ideas is the most interesting and compelling. His installation Incoherence is based on Schumann Resonances – global electromagnetic resonances that are excited by lightning discharges in the cavity formed by the Earth’s surface and the ionosphere. This phenomenon is related to Tesla’s explorations of wireless power generation and reception in Colorado Springs. Using custom software based on calculations of spherical harmonics, in combination with the work of composer David First and geophysicist Davis Sentman, Fodel transcoded electromagnetic activity into audible and visible forms, revealing emergent layers of pattern. In its theoretical foundation, the installation comments upon Tesla’s scientific research; its ethereal presentation evokes the various pseudoscientific theories that have arisen concerning both Tesla and the Schumann Resonance phenomenon. 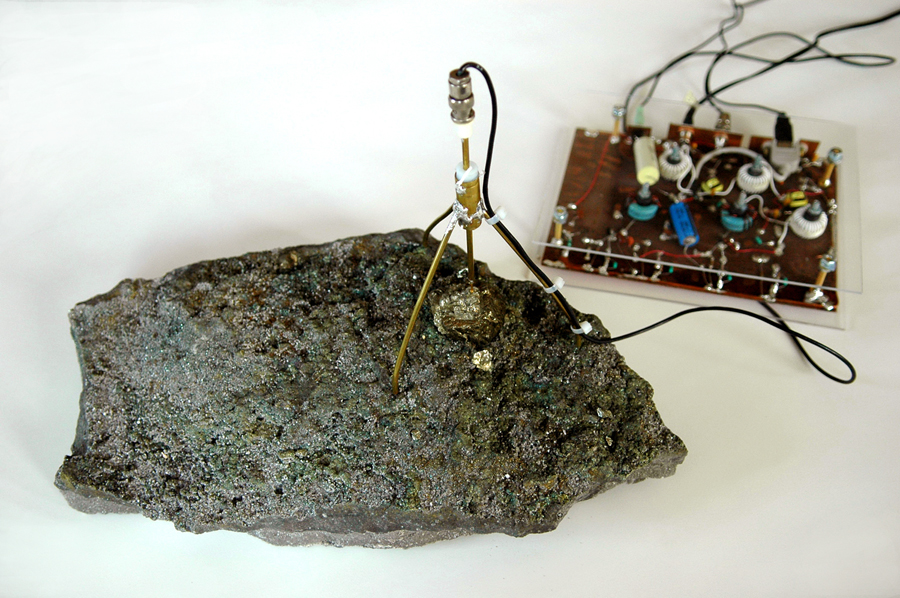