For the first time since starting to provide words for Colorado College’s blog, I am going to relate the content of the post to the title: on Tuesday our class will be presenting our final performances for the block… jet lagged.

We have safely arrived back in the United States of America as of about 3PM Saturday, and I think that I might speak for more than just myself if not two or three people and maybe everyone when I say that Serbia was a wild experience. Looking back on it, it all seems like some weird twilight zone. We learned so much in that twilight zone, though, so the next challenge is maintaining that in our everyday lives.

By the end of our week in Serbia, I had really started to piece together the violent and disturbing recent history of the former Yugoslavia, in particular the events between Serbia and Kosovo, and NATO and Kosovo and Serbia. Dah Teatar’s relevance as an important catalyst in the process of remembering and addressing the region’s history of atrocious crimes against humanity, involving genocidal violence, massacres, rapes in unbelievable numbers, and ethnic cleansing, became clear to us as these pieces fell into place.

Dah Teatar is in the business of forcing people to recognize parts of their history that they are trying to ignore. They use performance, both in the theater proper and the public theater of the street, to help people recognize the truth of their country’s history, rather than accept that which is professed by the state. Dah also addresses a more positive side of the region’s “alternative history” by showcasing in public performance the beauty of ethnic and cultural diversity and promoting recognition and acceptance.

We met with an activist group, under the guidance of Dah Teatar, called Women in Black. This is a global organization that has a strong and extremely interesting branch in Belgrade. Their performances are powerful and have been the target of retaliation from nationalist factions in Serbia. These women carried themselves with a confidence and conviction in what they believe that was enthralling. When asked whether they get scared when they are beaten verbally or physically on the street during their protests they answered simply. Getting scared doesn’t occur to them. Their devotion to the cause for which they are sacrificing their personal safety negates any fear. They act with purpose.

Everything we have learned from the workshop with Dah Teatar will be an available technique for our final performances. Personally, I can’t wait to see how the projects improve from the two we did before Serbia. I think that even with the added challenge of jet lag, we will see some pretty inspiring stuff.

On a separate note, I was excited to eat a meal that wasn’t a meat sandwich and to walk around both indoors and outdoors without feeling like I had just inhaled a pack and a half of cancer. I know I probably speak for at least myself and maybe a second or fourth person or more when I say that I am happy to be back in the US. Belgrade was a lot to take in in just one week, and now we’ve got three days to process it before the block plan leaves it all behind and we move on to bigger, smaller, greater and lesser things. Maybe I’ll even look for a job.

Check out the pics below to see some of the things we saw! 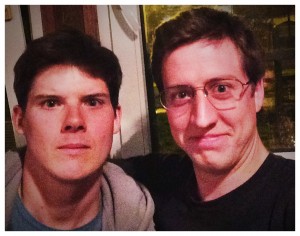 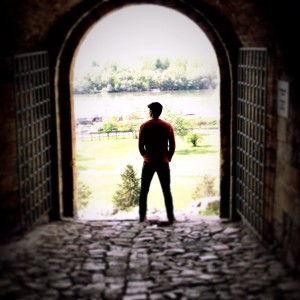 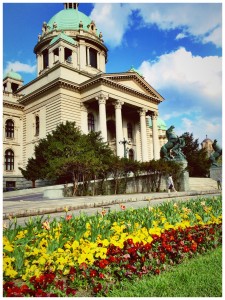 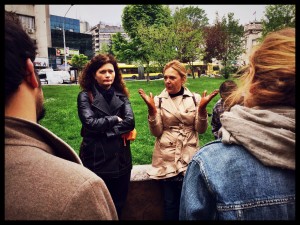 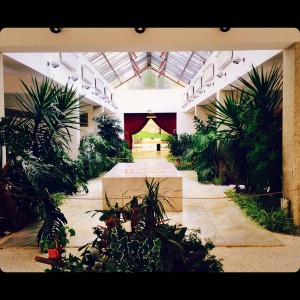 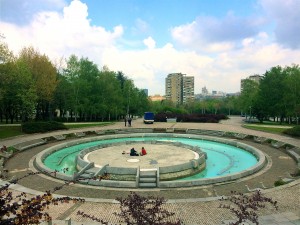 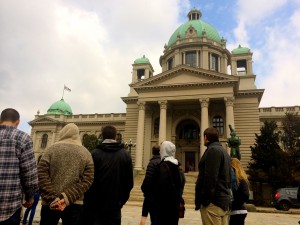 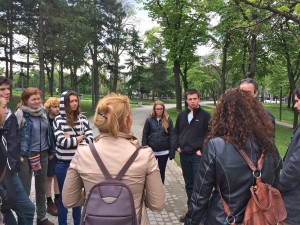 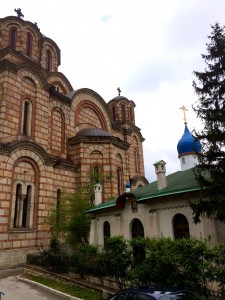 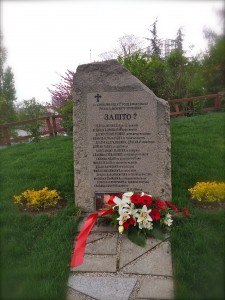 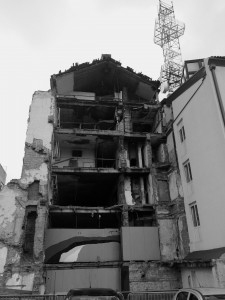 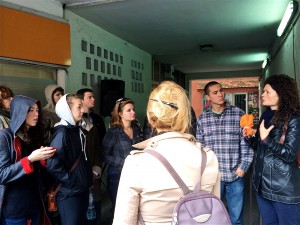 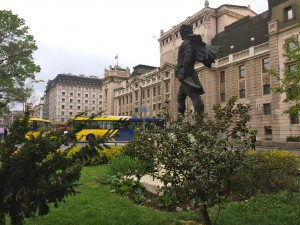 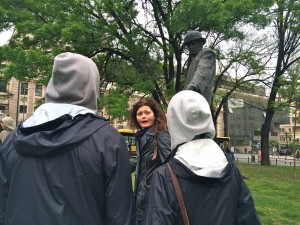 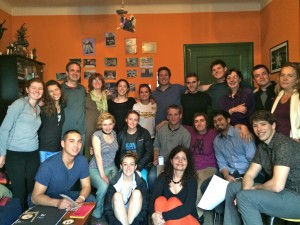 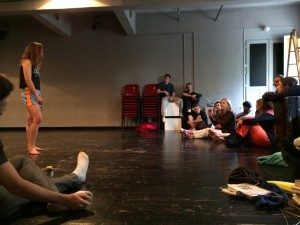 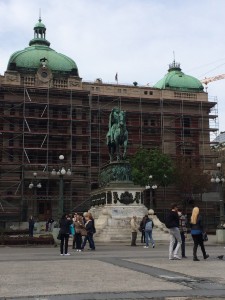 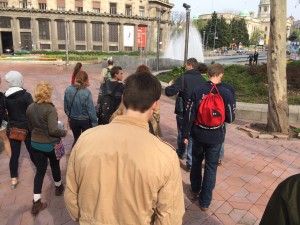 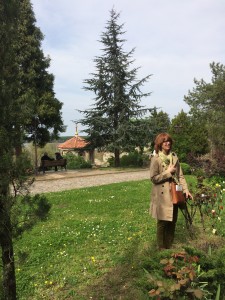 I am a senior International Political Economy major. I like food, darts, portuguese, bodies of water, my four friends, my band called Refried Jeans, Hamm's, international politics, The Shawshank Redemption, and everything ever made by Disney Pixar or this one band called Skank. View more posts