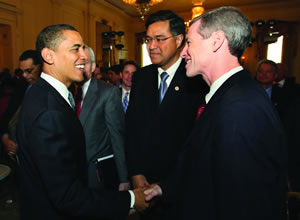 Matt Claman ’81 has boated most of the road-accessible rivers in Alaska, completed ski marathons, and competed in bike and cross-country ski wilderness races. He was a rafting guide in the Grand Canyon. He worked in a gold mine in Alaska.

But ask this adventurer, attorney, and long-time resident of Alaska to name the most exciting thing he’s ever done, and he describes a different kind of challenge — serving as mayor of Anchorage, Alaska, the 62nd largest city in the United States.

Matt says the mayoral job “presented challenges and opportunities to work with the community, provide leadership, and do what is best for Anchorage. It required learning quickly and a willingness to make decisions.” 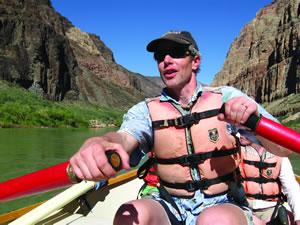 Matt was chair of the Anchorage Assembly in 2007, and took over the job of mayor from Mark Begich, who was elected to the U.S. Senate in 2008. Matt stayed until the newly elected mayor took office on July 1, 2009.

During his time in the city’s highest office, he met President Obama, dined with Supreme Court justices, and negotiated with the governor. “The responsibility gave me new insight and understanding about our country’s system of government,” he says.

Matt was born in Massachusetts and raised in Texas. He traveled to Alaska in 1980 between his junior and senior years at Colorado College to work in a mining camp. “Coming to Alaska, the last frontier, was an amazing journey,” he says. He was lured back in 1982 to work in a gold mining camp in the Kantishna Hills north of Denali, and moved there permanently in 1988 after he finished law school. He married Lisa Rieger in 1990, and they have two teen-aged children, Maia and Benjamin, both in high school.

Today he is a full-time attorney and part-time river guide, and he’s actively involved in his community. His life outside his work still focuses on the outdoors, with boating wilderness rivers, bicycling, cross-country skiing, and hiking filling his time along with cooking, music, photography, and carpentry. 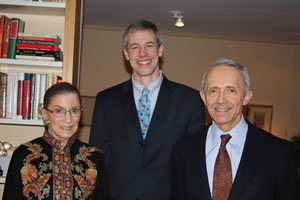 He bakes his own sourdough bread, makes fresh pasta, and grills Alaska seafood. He plays “Taps” at funerals and memorial services for veterans.

This varied life suits him, he says, crediting CC with teaching him a valuable lesson. “At CC, life was a series of blocks followed by a block break. The blocks get longer after college, so protect the block breaks and take care that the breaks get longer, too!”

Matt says he lives his life by trying to do what he can “to make our world a better place.”