The Maine Highlands: Honors the Fallen 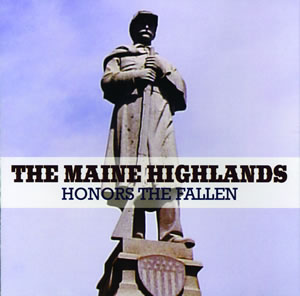 The Maine Highlands: Honors the Fallen

Hildreth utilizes several area musicians in Maine, many of whom are veterans, in the production of this CD. As part of the project, the performers have held veteran’s tribute concerts on several Veterans Days. The titles of the songs on the CD are telling: “All the Unsung Heroes,” “Travelin’ Soldier,” and “More than a Name on the Wall.” The CD is dedicated to two of Hildreth’s friends who were killed in Vietnam.