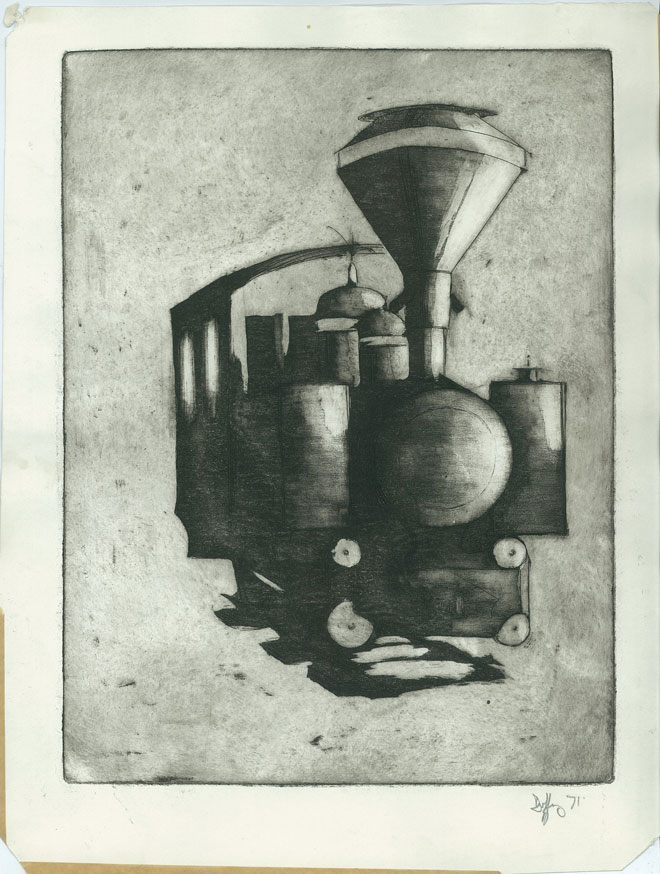 The year was 1992 and it was the beginning of seven years of correspondence between Mary Chenoweth and me. Mary was the print teacher at Colorado College for more than 30 years. Mary never just sent a letter; she would always include a small paper collage print or a watercolor. I, in turn, would send her a small drawing or painting on paper. I offer this brief story about Mary Chenoweth and a few images of her work on paper (handmade collage postcards) to those who knew her and to those who wish to view her work.

I first met Mary in her printmaking classroom in 1971. I, along with 20 other students, walked into her class on the second floor of the Colorado Springs Fine Arts Center.

The walls of her classroom were covered with corkboard glued to the wall. The corkboard had been painted white, many times over. This corkboard wall was used as a drying spot for newly pulled etchings; students would tape or pin their work on the wall. After many years of use the corkboard was now littered with strips of brown paper tape and small pinholes. There was a large, frosted window on the north side of her classroom and a radiator painted silver under this window. I remember the room as being well lit and inviting.

Standing in the middle of Mary’s classroom was a large iron etching-press. This printing press caught my attention as soon as I walked into Mary’s class; I marveled at its size and the large cast-iron wheel bolted to one side. The wheel was painted red with a worn wooden handle protruding out from the outer edge. From the hub of the wheel ran cast-iron spokes, each one twisted to form a soft “S” shape. When the wheel was turned two steel drums on the bed pushed damp rag paper deep into ink-filled etched lines on copper plates. I could not wait to learn how to use this press.

Mary wore a light blue smock tarnished with black ink stains. She had thick salt-and-pepper hair; it was straight and it was cut just below her chin line. She wore a pair of large glasses and a big smile. I kept my eyes on her and listened as she discussed our upcoming 3½-week block, and what she expected from her students. She handed each of us a list of materials necessary to begin the printmaking process, then she began to talk about the press and how and when we would use it. As she talked I watched her give the large red wheel on the press a turn. It moved easily and I watched it slowly come to a stop.

Mary Chenoweth had a staccato teaching style and one had to pay close attention, not only to her words but to her movements. She would pick up a brayer, a kind of hard rubber roller used to spread ink, then she would run it across a plate of sticky black ink. She would roll the ink onto a copper plate, stop, and then address her class. Her actions in the classroom were as important as her words. Soon I found my printmaking class to be one of my favorite classes that semester. And I found Mary Chenoweth to be one of my favorite teachers. I would arrive early to her class and I would always leave late.

By the end of the first week I had the printing process down fairly well. One day we were all given a new assignment, to use our newly learned skills and make a print using the process of aquatint, a kind of shading technique. 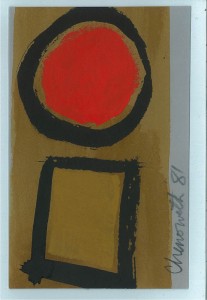 In preparation for this new assignment I drove my Volkswagen bus up to Cripple Creek, Colo., about an hour drive from school. I found an old iron steam engine sitting on a set of railroad tracks. I sat in front of this abandoned railroad engine and drew about five different views of it with a number 2 pencil. Then I drove back to the print classroom, picked up a copper plate, and began to scratch out an etching. I worked all that afternoon and into the night. Late in the evening before the Fine Arts Center closed I inked the plate and placed a piece of damp rag paper over it, and then I ran it through Mary’s etching press.  It worked, and I was pleased with the results. I taped the damp etching to the wall to let it dry. This aquatint print of the Cripple Creek and Victor Railroad steam engine turned out to be one of my best prints from Mary’s class and I even sold one of the prints to the provost of the college. 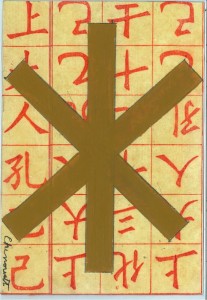 Years after Mary’s print class and long after my graduation from Colorado College I found myself back in Colorado Springs on a summer day. I decided to look Mary up. I found her house and I knocked on her front door. Mary lived in a small house on Cache La Poudre Street just across from the CC student center. Mary was very welcoming to me and gave me a tour of her home/studio. She showed me a wood door she was carving. It was sitting on two sawhorses in her living room; the door was close to completion. We talked and visited for over an hour and I told her I was moving back to Chicago from Denver and when I was settled I would write her. She told me she was about to retire from teaching and she gave me her address in Sidney, Neb., soon to be her new retirement home.

A few years passed and I wrote Mary a short letter asking her if she would be interested in a commission. I wanted her to carve a door for my newly acquired 1958 California-style house I had purchased just outside Chicago. She wrote me back and said she would consider the commission. The year was 1992 and it was the beginning of seven years of correspondence between Mary Chenoweth and me. Mary never just sent a letter; she would always include a small paper collage print or a watercolor. I, in turn, would send her a small drawing or painting on paper. 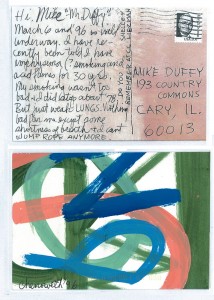 At one point I drove out to Denver via Sidney, Neb., and visited Mary at her home. We spent an afternoon talking about art and her new “retired” life in Nebraska. She told me it suited her well and she did not miss teaching. While at Mary’s home I purchased one of her abstract paintings and a small wood block print dated 1953. At one point in our visit a picture was taken of us. The picture, an old Kodak color print, is now misplaced along with aging negatives. I am sure it is in a shoebox tucked away in a closet somewhere in my house.

The beauty I witnessed in Mary Chenoweth, whether teaching at CC or during her retirement years, was her seemingly absolute happiness with her state in life. During the tumultuous 1960s, while teaching at CC, Mary’s classroom was always a respite away from politics; both our chaotic national politics and the local CC art department politics that swirled around the Fine Arts Center during those years. However, Mary was always above this stress-filled culture.

Mike Duffy recently donated his collection of Mary Chenoweth art and correspondence to Tutt Library’s Special Collections, including 15 letters, 23 handmade collage postcards, and one drawing from the 1990s.

2 Responses to Letters from Mary