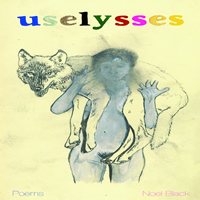 “Uselysses,” which contains five discrete books of poems written over the last four years, is Black’s first full-length book of poetry. Some are poems of experience, others are night raids or open attacks on the reserves of meaning that derive from properly appreciated experience; meanings that are backed on faith so that one can keep having meaningful experiences in the future. As a radical questioner of such faiths, Black subjects his own skepticism to sufficient pressure to line a mine with prodigal kindness or absolute contempt, depending on the company. His poems have appeared widely, but few of the poems in this book have been published anywhere until now.