To Live in Peace 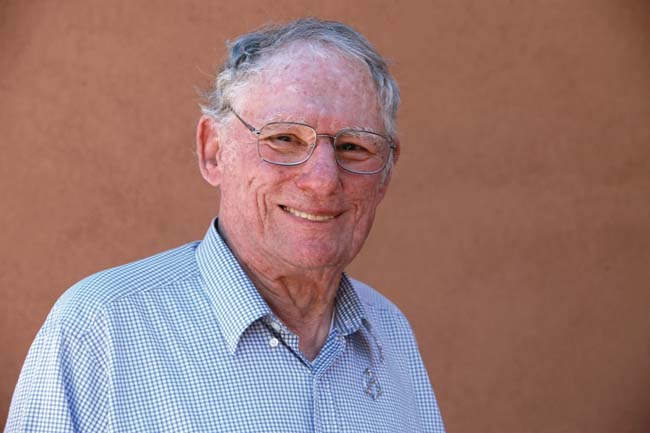 I am a partly haunted war veteran. In the Second World War, I was a junior officer on a landing ship tank. My ship was in the North African campaign and in the invasions of Sicily, Italy, and Normandy, where it was torpedoed and sunk. I was fished out of the English Channel by a small boat from a British destroyer, HMS Beagle (not Darwin’s Beagle).

More than 60 years later, I still have vivid memories of the war. I was officer of the deck in command of gun crews that shot down a German fighter plane at Licata in Sicily in 1943. I remember the wall of water rising as the fighter’s strafing bullets approached the ship. I can see the orange flashes as our explosive bullets raked the fuselage of the robin’s-egg-blue plane with black swastikas. Sitting at my desk now, I see the plane spin up in the air and fall into the sea with a flame-flecked explosion. I have often wondered who was in that plane. It was probably a young man, with loved ones at home, scared, wanting to live, just like me.

The war changed me. When I came home, I was determined to do something useful with my life, perhaps to atone for the fact that I survived while so many of my shipmates perished. I went to Columbia, earned a Ph.D. Then I was fortunate to become a history professor at Colorado College.

In my studies and teaching, I became convinced that people too easily resort to violence and war to resolve issues. That may be because the joys of peace are taken for granted, and the harsh reality of war is so hard to understand. Keith Douglas, a British soldier poet killed at Normandy, wrote that going into battle was going through the “Looking Glass” into a strange and fearsome land. That horrific world has nothing to do with the peaceful, joyful lives we lead with our families, friends, and work. Perhaps the inability to see through the Looking Glass into the horrific landscape of war is why war is too easily accepted as an option in settling conflicts. 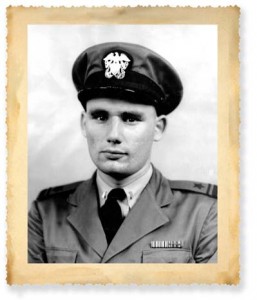 Peace is my passion, but I am not a pacifist. Sometimes, military action may be a necessity, as a very last resort. Dealing with Hitler and the Nazis certainly seems one of those cases. I do not regret my participation in the war against the Nazis. I do not regret shooting down that German plane. But as any battle veteran knows, war is not a bright and shining thing. Wars should be regarded as great human tragedies, perhaps sometimes unavoidable, but tragedies nevertheless. President John Adams sacrificed political support by making peace with France. He asked that his tombstone read, “Here lies John Adams, who took upon himself the responsibility of Peace with France in the year 1800.” “Great is the guilt of a needless war,” Adams said.

But how do we resist the proclivity to war and violence that has permeated human affairs from time immemorial? There have been many proposals, none very convincing. I have a few tentative suggestions about the vexatious, urgent question of war and peace.

First, it is essential to grasp the reality of war and not be deluded about its true nature. Of particular importance is how it is presented to young people who are so moved by adventure, passion, and intensity. Every generation, the trench poet Wilfred Owen wrote, has “children ardent for some desperate glory.” Veterans, who often have selective memories in which they recall the intense excitement, comradeship, and lure of far-off places, need to remember the horrific reality of their full experiences. According to a Roman poet, it is sweet and proper to die for your country. War may sometimes be necessary as a last, last resort, but it is never, ever sweet. Tim O’Brien, who survived the fire and mire of Vietnam, said: “If at the end of a war story you feel uplifted . . . then you have been the victim of a very old and terrible lie.”

Second, in seeking to avoid war and preserve peace, we need to go through another Looking Glass into ourselves. After all, the Nazis were not very different from other human beings, from us. We need to cultivate what might be called Holocaust Consciousness, that is, the realization that we all have the capacity within us to do terrible things under certain circumstances. We are horrified by the Nazis, but we have done horrific things, too. Think of the Allied bombing of cities filled with people in World War II. After the fire-bombings of Hamburg and Dresden, the streets were filled with the charred bodies of tens of thousands of people. Think of the atom bombs that destroyed entire Japanese cities and the people in them. Think of the atrocities at My Lai in Vietnam, where hundreds of unarmed civilians were killed by American soldiers, and of the cruelty at our prison in Iraq. Our own deeds and capacities for evil are good to keep in mind if we want to avoid future war, violence, and killing.

Third, we need to celebrate the joy of peace in our everyday lives, and cultivate peace within ourselves. CC Philosophy Professor Glenn Gray, who became my friend and colleague when I came here 57 years ago, once wrote that happy people are peaceful people. We need to savor the joys of simple things, the look on the face of a loved one, the exquisite beauty of a bird on a railing, the pleasure of a glass of clean water (a boon half the world does not share), the loveliness of a little child, the common, everyday ecstasies of peace. In Thornton Wilder’s play, “Our Town,” Emily, who died in childbirth, comes back to visit. She sees the milkman and paperboy make their deliveries, she watches the family get up in the morning, her mother making breakfast, her little brother going off to school. “We don’t have time to look at one another.” Emily said. “I didn’t realize. So all that was going on and we never noticed.”

Fourth, in our quest for peace, we need to enlarge ourselves by doing something worthwhile, for the benefit of others. We need to be concerned about those less fortunate at home and abroad, who but for fate might be ourselves. In Albert Camus’ novel “The Plague,” Dr. Rieux’s friend Tarrou says that in the midst of plagues (terrible events in the world) he wants to achieve peace. When Rieux asks him how he would do that, Tarrou says through “the path of sympathy.”

You can see why I am a somewhat haunted veteran. Every day I think of that other, through-the-Looking Glass world of war I somehow survived, of my dead shipmates, of the pilot we killed in the German plane. I think of evil in the world and how sometimes good people have to resist, Hitler, for example. I think how I was reprieved by an accident of fate to life, to live in peace with my wonderful wife, my children, my students. I think of how fortunate I have been to teach young people at Colorado College. The war taught me that all people have a debt, a debt to life, which demands the passionate cultivation of peace.

All this may be only a puny effort of an aged, egghead college professor, still haunted by a long-ago war. Yet I urge you to take a small step everyday by similar commitments, as a small contribution to the ecstasy of peace, in the world and in yourselves. 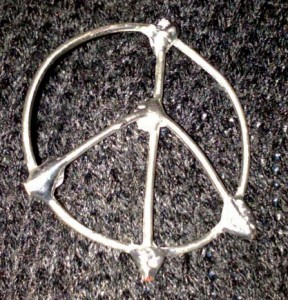 Professor Emeritus Bill Hochman is easily identifiable for many reasons — not the least for the handmade, 2-inch peace pin he always wears on his lapel.

Hochman started making peace pins with wire and a soldering iron during the Vietnam War. For several years, he made six pins every night, and gave them away to students and faculty the next day. “I just couldn’t keep them around. Everyone wanted one,” he said. When CC competed on the nationally televised “GE College Bowl,” three of the four students on the team were wearing his pins, he said.

Hochman started making the peace pins again during the Iraq War — although he doesn’t make six every evening these days.

One Response to To Live in Peace