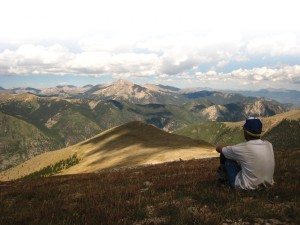 Take one human on the cusp of childhood and adulthood. Add plenty of mountain air, surround with caring and knowledgeable adults, stir in thought-provoking academics and sweat-inducing exertion, and nurture and challenge for a few weeks to four months. Yield: One young adult confident about his/her place in the world.

That’s the recipe that High Mountain Institute has been creating for 15 years, ever since Molly and Christopher Barnes ’89 embarked on a dream to share their love for the outdoors with young people.

The young man from Massachusetts and the young woman from Michigan met as wilderness instructors for Deer Hill Expeditions of Mancos, in southwestern Colorado.

Christopher, now 45, graduated with a degree in physics with a Norwegian Studies minor. Any Norwegian heritage? No, he just likes the lifestyle, he said, laughing in their shared office.

While at CC, he spent a month leading outdoor expeditions in Norway. After graduation, he returned to Norway as an instructor at the school he’d attended; he came back to the U.S. even more fired up about outdoor experiential education.

After graduating from Colgate, Molly, now 43, headed to Wyoming to work as a wilderness instructor at a residential treatment center and lead courses for the National Outdoor Leadership School; Christopher also was a NOLS instructor.

“Both of us had this frustration that, during the school year, there wasn’t enough of that intentionality of small-group expeditions working together,” Christopher said. “We were also missing the intellectual rigor. We liked the classroom, we liked teaching, but we wanted to sort of merge the two things together.”

In 1994, they started talking with people they respected about founding a school
that would challenge teens with experiences that would expand their self-reliance and skills. Christopher and Molly asked if they should go to graduate school; should they gain more experience by continuing to work for independent schools? No, they were told; do it while you’re young.

“If you come to the table with a well-founded and considered idea, the passion and the energy to push it forward, people appear out of the woodwork who are interested in joining you to make that dream a reality,” Christopher said.

The next year, they made it official — filing for 501(c)(3) status with the IRS and getting married. Their wedding invitations included a request for donations to their new school, to be called High Mountain Institute.

In 1996, Molly began recruiting member schools that would funnel students to HMI. Later that year, the couple purchased 120 acres west of Leadville in Colorado’s Lake County, then donated 40 acres for the campus.

Why Leadville? It was far from impulsive, Christopher said.

“We wanted it to be in the mountains. It had to be a day’s drive from Canyon Country in Utah because we go backpacking in February. We wanted to be near some major population centers so we could run short-term programs. There are three to four million people within a four-hour drive of Leadville. We needed land under $2,000 an acre. We drew those circles on a map and we didn’t end up anywhere else. We had a few friends here, and I’d lived here a couple of months, so we weren’t totally unfamiliar with it.”

They stuck their shovels into the soil in fall 1997, preparing to build the Main Building; Christopher was the general contractor. It has “a little bit of everything in it,” he said, including Who’s Hall, the dining/gathering space. 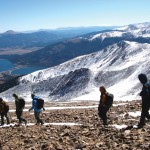 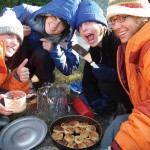 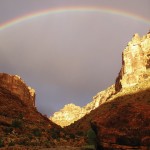 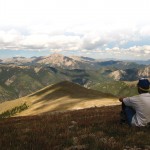 In August 1998, pioneering faculty members arrived, with 21 students joining them in September. The Main Building and the boy’s cabin weren’t ready, but final touches were added while everyone went backpacking in the San Juan Mountains.

The campus now has five cabins, which generally sleep eight students; the East Building, which houses classrooms, a climbing wall, and the gear room; the West Building, for apprentices (teaching interns), offices, and an employee apartment; and Stuen Hall, a large round room used for meetings and special events.

They’ve never had a cleaning crew, since everyone is expected to help out. Every Saturday, the students split and stack fuel for the wood-burning stoves.

Buildings are connected by wooden walkways a few feet above the ground — practical in a snowy area — constructed by students, who also added decks to the buildings. The campus isn’t fancy, and that’s the way they like it. It’s not that they forbid video games and their ilk: students just find so many other things to do.

“It is very healthy to be reminded over and over again about the simple pleasures in life. And it seems like, almost every semester, our students remind all of us who work here how joyous that can be,” Christopher says.

The Barneses have grown their programs just as carefully as they’ve grown the campus, the staff, and the student body.

Today, HMI programs include High Peaks Adventure, 15-day multi-sport introductions to the outdoors for students who have completed seventh and eighth grades; summer term, a six-week mix of academics and outdoors for high school students preparing for their junior or senior years; the fall and spring semesters, geared mainly for high school juniors; and fall and spring apprenticeships for recent college graduates, including a dual program option to partner with CC’s MAT program. HMI also offers training sessions for students 16 and older to learn about avalanches and to provide first aid and CPR in the wilderness.

They see a lot of students who succeed in school and extracurricular activities, but that doesn’t always translate into confidence.

“They’re nervous about whether they can actually do anything independently,” Christopher said.
“We provide them with the opportunity to show themselves that they can. Metaphorically, we take kids out to the woods and we say, ‘It’s time to go from Point A to Point B’ and they have to navigate through the wilderness on their own at the risk of getting lost. But of course, the upside is that they might find themselves.”

Each semester, the school accepts 42 juniors, usually about half of the applicants. They look for students in good standing who are eager to attend the school. Classes average about nine students.

Faculty members are chosen for expertise in their subjects, their backcountry experience, their ability to withstand the intense schedule, and their desire to work with teenagers.

Molly’s given a lot of thought to the importance of those relationships.

“The students often put the faculty — anyone who works at HMI — on a pedestal, which sometimes worries me. That’s a lot of responsibility. On the other hand, I am so grateful that these young adults
have other adults besides their parents in their lives. They can get advice from good role models. Every day, I’m reminded how important that is. That’s part of our jobs. It’s an incredible honor and responsibility with other people’s children. And it’s the most rewarding thing we do.”

Somehow, they also find time to further their own education — Molly recently earned her MBA at the Daniels College of Business — and to raise sons Porter, 10, and Jack, 9. The boys, who attend school in Leadville, look forward to seeing the“big kids” arrive.

HMI staff maintains strong bonds with the community and the school reserves spots for local teens. About 50 percent of the remainder come from the Northeast part of the nation, augmented by students mainly from the West Coast, Minnesota, and Texas.

“They certainly come to us from different places with different perspectives, different values, different backgrounds, and we live in a small town in the middle of no place in the mountains of Colorado. Except that we have input and connections to the entire country, and to people from urban and rural, different religions, different races, and that’s just fun,” Christopher said.

Many of those connections come through CC.

“The Block Plan inspires you to focus on one thing intensely,” he said. “When you’re done with college, in the rest of your life, nobody ever turns to you and says, ‘Here’s this project, could you get it done in the next couple of months?’ Everything is in one to two weeks, and overlapping. So that sort of intensity of focus is one of the gifts that I took from CC. Certainly, I found the Block Plan personally inspiring. I was a physics major. That lecture in the morning, lab in the afternoon was a very civilized way to do it.”

Mark Hatch, CC’s vice president for enrollment, has been an HMI board member since 2010. He calls the Barneses a “phenomenal team.”

“They have a huge following among private schools because they deliver the goods in the classroom, foster great leadership among students, create an incredible and ‘deliberate’ community among the student body,” Hatch said. “They return grounded, focused, community-building leaders for their late junior year or early senior year and the school professionals notice the difference.” 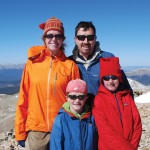 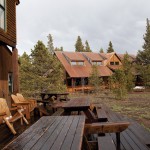 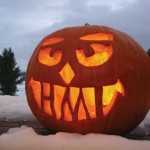 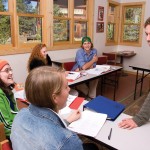 HMI is the No. 1 feeder school for CC, and Hatch knows why.

“They look at education differently, they seek intellectual risks, they have a terrific sense of adventure, and they are community builders working hard each day to support and engage with their peers. They love the Block Plan and the many curricular and extracurricular opportunities for that reason. Also, it’s not hard to convince them that this is a wonderful place to live in and learn — after all, our residence halls are heated and have running water.”

The Barneses’ time at HMI has prepared them for their next step, in June 2013. That’s when the family will launch their new 47-foot sailboat to spend three years seeing the world.

True to form, Molly and Christopher have prepared carefully for what others might see as a huge leap into the unknown. He’s taken courses in marine weather and diesel mechanics, and they’ve set aside money to cover their expenses.

They’ll divide up teaching chores for their children (along stereotypical gender lines, to Molly’s dismay): She will cover English, the humanities, social studies and foreign languages, while Christopher will handle math and science, harking back to a job teaching physics and math at a boarding school.

They’ll also draw on wherever they happen to be. For instance, they plan to visit Greenland, so they’ll study its history on the way.

They have a basic plan about where they’ll let the wind take them, of course, but they haven’t nailed down every detail.

But, as Christopher quickly points out, they’ll have to get back to work afterwards. Just where they’ll
drop anchor, they don’t know yet.

They’re leaving the school in good hands; the trustees’ choice to head the school, Nigel Whittington, shares their love for the outdoors and young people. Whittington began teaching in the United Kingdom and most recently led the Prairie Crossings Charter School in Illinois.

“Very early on, we figured out that we wouldn’t be done founding High Mountain Institute until we leave and see it survive and thrive beyond us,” Christopher said. “We have a strong board, they’ve hired a great head of school, we’ve got the school positioned, and we’ve had great luck with fundraising. We feel like we’ve done most of what we can to ensure the institute survives beyond us.”

“If you come to the table with a well-founded and considered idea, the passion and the energy to push it forward, people appear out of the woodwork who are interested in joining you to make that dream a reality.”—   Christopher Barnes ’89