A Message from Your Alumni Board 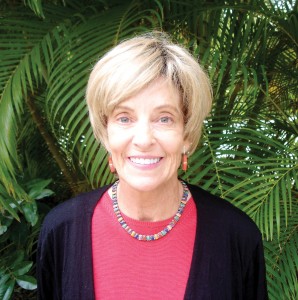 Christine Moon Schluter ’65
President of the Alumni Association Board

The Alumni Association Board (AAB) received 71 nominations for elected alumni trustee and 28 for young alumni trustee — an unprecedented number. As in the past, AAB solicited nominations from alumni at large and all segments of the college community.

These responses set in motion an opportunity for all alumni to vote later this spring for one of two candidates for elected alumni trustee.

By the time you read this, you may have already cast your ballot for elected alumni trustee; if not, please check the deadline and vote as soon as possible.

Your vote is an important way for you to help ensure the college’s continued strength and the kind of representation you want on the board.

The AAB Nominations and Awards Committee reviewed qualifications of all 99 candidates, and the finalists were approved by the AAB before proceeding. Selection criteria included:

The new trustees will replace Angela Cobian ’11, retiring young alumni trustee, and Amy Shackelford Louis ’84, retiring elected alumni trustee. Angela and Amy have enriched and strengthened the board and the college. Both served on the presidential search committee that brought President Tiefenthaler to CC — an honor that recognized their stature among the trustees and made a lasting contribution to the college. Their terms expire June 30, 2014, and the new trustees’ terms begin July 1, 2014, when they join elected trustees Heather Carroll ’89 and Karen Rechnitzer Pope ’70.

Angela served as president of the Student Government Association, received the Fred Sondermann Award in Political Science and was a member of the debate team. After graduation, she joined Teach for America and is completing a Fulbright Fellowship. She is a member of Alumni and Students of Color, an organization dedicated to mentoring CC students of color both before and after graduation.

We seek new trustees who will strengthen the college as much as Angela and Amy have. We hope that the vote count for elected alumni trustee will be as impressive as the volume of nominations.

Please do your part and vote.