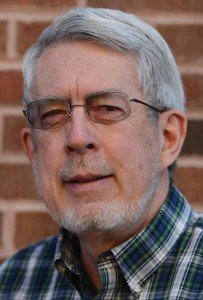 Walt Hecox ’64, professor of economics in the Environmental Program at Colorado College and director of the Colorado College State of the Rockies Project, received the 2013 Stuart P. Dodge Award for lifetime achievement in conservation from the Palmer Land Trust. In announcing the award, the Palmer Land Trust noted that “Hecox’s long career culminated in the State of the Rockies Project, which for the past decade has stood as a capstone to his commitment to environmental and policy issues. His career has benefited not only the academic community but also our larger environmental community.”

The organization also noted that, in his more than 40 years of teaching at Colorado College, Hecox has been a leader in bringing students “from the global to the local,” by applying lessons in economics directly to the world in which they live. Hecox has made a permanent impact on the study of ecological questions, inspired multitudes of students, and served to inform the Rocky Mountain region about its “state of environmental health” through the State of the Rockies Project, now in its 11th year.